Internet trolling and the extent of the law in Nigeria 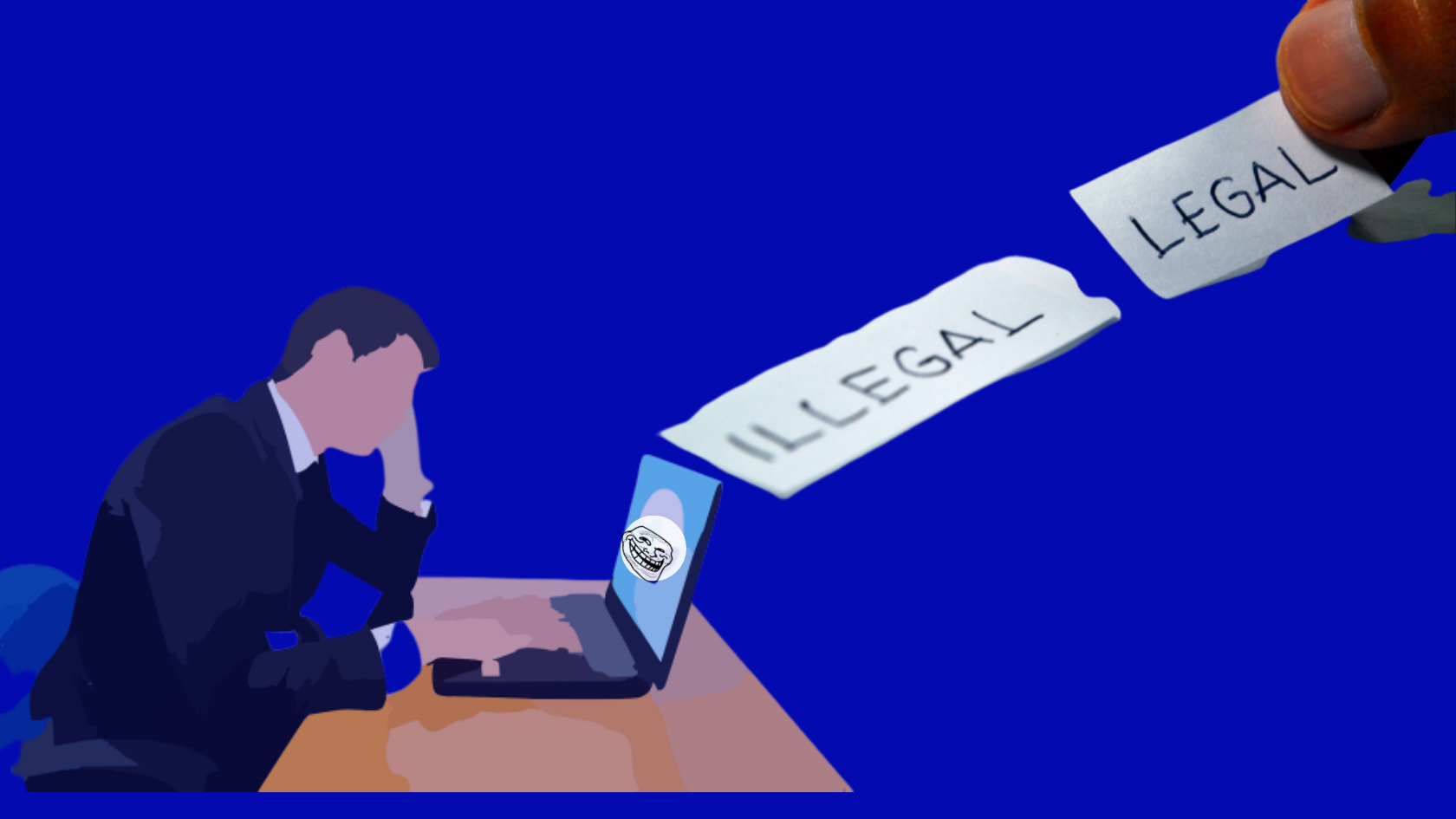 Jola took what she described as “a radical feminist stance” on a Facebook group sometime in 2014 when she was a student at the University of Lagos. In response, she was greeted by a barrage of insults and sarcastic comments. The reactions ranged from attacking her appearance to outrightly threatening violence. She recalled that one commenter said: “I’ll come to that your Unilag and beat sense into your head.”

Others jumped to her defence but, as she remembers, the negative voices were louder and stronger. The situation worried her enough to delete her Facebook account. Someone had even started sending lewd private messages.

Jola, who is normally a peaceable person, was anxious because details of her personal life were chronicled on Facebook and she knew if someone really wanted to do her physical harm, they could find enough information. She looked over her shoulder in secluded places and took to staying indoors after dark.

Why didn’t she report to the police? Jola laughed, “In this Nigeria?” She asked, “I don’t think the police could have done anything.”

Putting it mildly, Jola was a victim of internet trolling, a term that describes internet jabs, often humorous or sarcastic. However, certain trolling episodes easily translate to cyber-bullying and have legal consequences in Nigeria, some of which may be criminal.

Simi Oyelude, an associate at the law firm G. Elias & Co. explained that trolling, no matter how inciting or rude, usually does not cross into illegality until the perpetrator makes a comment that is defamatory or in some way harmful to the target.

“Trolling is not often illegal. You usually have to establish that what they said is untrue or harmful to your person before you can start looking to the law for recourse,” she explained.

Oyelude prescribed consulting a lawyer when people find themselves victims of cyber-bullying or trolling that they consider false and harmful. “This may then lead to a civil or criminal action in court.”

Ridwan Oloyede, a lawyer who is partner in charge of privacy, data protection, and legal services at Tech Hive Advisory said that while “crimes occurring virtually are not much different from everyday crime, technology makes the capability to harm more intrusive, pervasive and with a wider-reaching effect.”

Nigeria’s laws are sparse on the topic, but the Cybercrime Act of 2015 provides for cyberstalking which incorporates some acts that may typically pass as internet trolling.

The legislation purports to provide “an effective, unified and comprehensive legal, regulatory and institutional framework for the prohibition, prevention, detection, prosecution and punishment of cybercrimes in Nigeria.”

Oloyede pointed out that section 24 of the Cybercrime Act criminalises some actions like “cyberstalking, cyberbullying, harassment, threats and criminal intimidation.”

He said: “While the legislation alone might not fix online harm, it puts in some degree of penal regime of imprisonment and fine.”

But critics say the Act could be used by Nigeria’s security forces to justify curtailing free speech.

Tomiwa Ilori, a lawyer and policy analyst said: “A general look at the provisions of Section 24 of the Cybercrimes Act shows the use of overreaching words that are capable of being misused, misread or even misapplied especially by private individuals and law enforcement agencies.

“The Act provides for the offence of bullying, threats and harassment online which given certain circumstances may be applicable, especially between private individuals.”

“But what happens when the context changes?” Ilori asked.

His point is that political speech and dissent online can also be termed an offence under this provision as strong demands for change in policies can be easily termed as ‘threats’.

According to Ilori, international law requires that laws limiting freedom of expression be unambiguous, proportionate to the aim they seek to achieve, and necessary. In his opinion, the provision for cyberbullying in the Cybercrime Act does not comply with these requirements of international law.

He concludes that a “law with the possibility of chilling expression through political speech, which is necessary for furthering democratic development, is a red flag and is not necessary under a democratic society which Nigeria is believed to be”.

By Oloyede’s observation, this is happening already. “There are few court judgements on it [section 24 of the Cybercrimes Act]. The provision has been invoked more by law enforcement agents to curb expression online, and not so much to protect people against online harm.”

However, he mentioned that victims can also “consider reliefs under the law of torts”. A tort is a civil wrong that causes the victim to suffer loss or harm that the perpetrator becomes legally liable for.

Ilori recommends less generalisation and a more detailed definition of the offence in law: “The provisions criminalising online harassment should exclude political dissent and speech in order to protect the right to freedom of expression and protest while also ensuring that private citizens can adequately get redress under the law.”

Outside of legislation, internet platforms are also in the position to provide some control, especially regarding anonymity which makes it easier for mischief-makers to thrive online, although those may pose challenges too, says Oloyede.

He said: “There is a case for integrating digital identity into the use of platforms to identify users uniquely, this, however, raises privacy and security concerns.”

And on moderating comments, Oloyede’s opinion is that  “attempts to regulate content might come into conflict with freedom of expression,” but then added, “it is also important to bear in mind that rights and freedoms do not exist in a vacuum, they are subject to recognisable derogation.”

He surmises that “it could be tricky and what constitutes these harms will need to be evaluated on a case-by-case basis.”

The inadequacy and potential pitfalls of the existing law aside, internet trolling may easily become illegal where the content contains false, harmful or defamatory statements. Therefore, netizens are advised to be wary of these when communicating online, lest they find the long arm of the law knocking at their door.