Xenophobia: MTN shuts offices in Nigeria as government pulls out of WEF summit 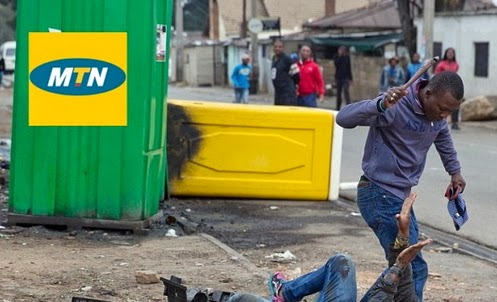 MTN Nigeria has shut down its stores and service centres across Nigeria as reactions from xenophobic attacks in South Africa continue to grow. In a press release posted on Wednesday, the Nigerian subsidiary confirmed that its facilities and stakeholders have been subject of attacks since Tuesday.

It announced that all its stores and service centres will be shut down till further notice “as a precaution.”

“MTN condemns any acts of violence, prejudice and xenophobia,” the company wrote in the press release. “We are engaging all relevant authorities in this regard and urge them to act swiftly to reduce tensions both in South Africa and Nigeria.”

Xenophobic attacks have been an unfortunate part of post-apartheid South Africa. In 2008, the country witnessed the worst wave of attacks on foreigners, which led to the death of over 60 people. Another notable wave erupted in 2015, with the attacks well-covered thanks to the rise of social media.

South Africans blame other Africans for taking their jobs and engaging in criminal activities like drug dealing. Unemployment is rife in South Africa, standing as high as 28%.

According to the BBC, the recent attacks began a day after South African truck drivers started a strike protest against the use of foreign drivers. Xenophobic South Africans have attacked and looted shops as well as truck drivers from foreign countries.

However, the recent wave of attacks on foreigners in South Africa is triggering a continental reaction.

In Nigeria, MTN’s facilities have been attacked in different states. Moreover, on Tuesday, Shoprite, another South Africa-owned company was attacked by protesting Nigerians. Following the attack, Shoprite shut down its stores in Nigeria and other African countries like Zambia.

Nigerian celebrities like Burna Boy and Tiwa Savage have also spoken out against the attacks in South Africa. Burna Boy declared he would never travel to the country, while Tiwa Savage pulled out of the DStv Delicious Festival holding in October.

The recent xenophobic attacks have come at a time when South Africa is hosting the World Economic Forum for Africa. A few African governments have since pulled out of the event and issued warnings against travelling to the country.

Meanwhile, on Wednesday, Nigeria said it would boycott the WEF and has also recalled its ambassador to South Africa. This announcement comes just days after Nigeria threatened to take “defensive measures” against the southern Africa country.

Nigerian Vice President Yemi Osinbajo had been due to attend the summit in Cape Town but will now return home in what is a major escalation of tensions between African largest economies.