Andela, with a projected $50m revenue, lays off 420 developers 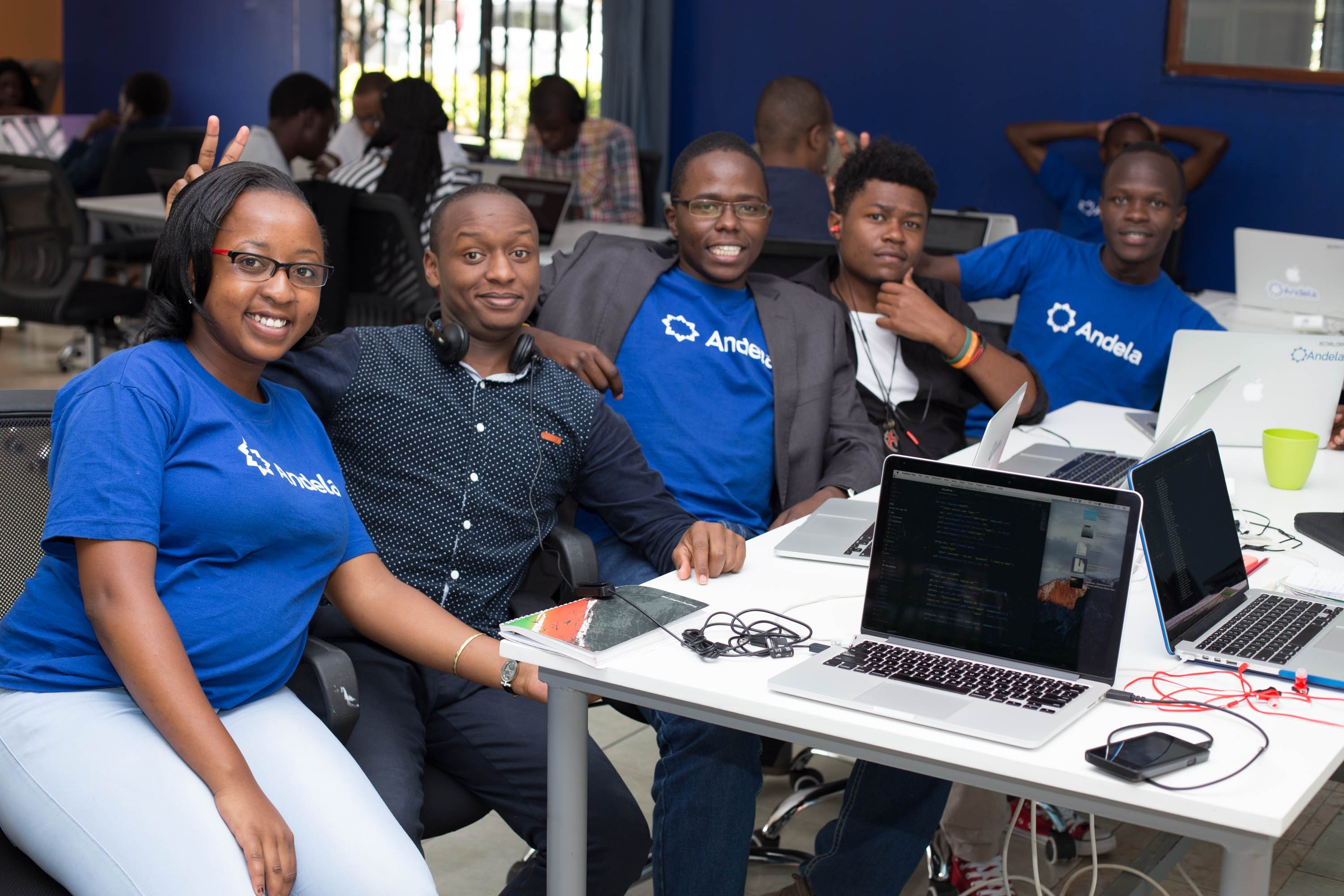 Andela developers in Kenya in an old photo.

Andela, the Africa-focused tech accelerator, is laying off more than 400 employees across three countries as the company changes its business model away from developer training.

The company told TechCabal it is laying off 250 junior developers from Nigeria and Uganda and about 170 others in Kenya. CEO Jeremy Johnson said the company will now focus on supplying experienced developers for its customers, putting an end to a training programme that received wide acclaim for training a number of inexperienced engineers in recent years.

“This shift in demand also means that we now have more junior talent than we are able to place. This is a challenge for the business, and for these junior engineers who want, and deserve, authentic work experiences that we are not able to provide,” Johnson said.

The company says it will provide “a holistic professional and financial support package” for the affected developers. The terms of this package remain unclear at this time.

Andela also says it is partnering with three tech hubs in Kenya (iHub), Uganda (Innovation Village) and Nigeria (CcHUB) to absorb the sacked developers into their local ecosystems.

But with many of Andela’s customers typically not based in Africa, it’s unclear if local companies have enough vacancies or the finances to match Andela’s offerings.

“Our immediate focus is on providing practical support to those employees who are impacted by the restructure,” said Omowale David-Ashiru, Andela Nigeria Country Manager. “And we will provide them with the resources they need to succeed in their next steps,” he added.

As is common with massive layoffs, there are questions about the company’s finances. But Andela seems to be in rude financial health. In January, it closed a $100 million funding round to bring its total funding to $181 million so far. And CEO Johnson disclosed that the company’s projected 2019 revenue is $50 million.

Nevertheless, Andela is making major changes to its model for the long term that will redefine what we know and think about the company.

Founded in 2014, Andela was created to improve the talent pool of African developers and help them secure jobs and experiences with tech companies. The company invites people with interests in technology and trains them intensively for six months. After the training, developers sign a four-year agreement before being outsourced to work remotely for Andela customers like Facebook, Microsoft and Google. It has offices and supports developers in Rwanda, Nigeria, Kenya, Uganda and Egypt.

Andela earns around $50,000 to $120,000 for each developer it deploys and pays the developer around a third of this sum.

The company’s operation is seen not just as a for-profit business, but as a social enterprise that is helping to improve Africa’s talents. That latter part helped it secure funding and support from the Chan Zuckerberg Foundation, an impact investment initiative founded by Mark and Chan Zuckerberg.

But with the layoff of junior-level developers in Africa, Andela says it is “restructuring” its business model completely. It wants to stop its original developer training programme and will focus on recruiting experienced developers for Andela customers.

“As the talent world has evolved, we have as well,” said Johnson, CEO of Andela. “It has also become clear that majority of the demand is for more experienced talent, and to keep up with it, we need to grow our senior talent base even faster,” he explained.

“To succeed in our long-term mission, we have to make tough decisions to continue growing a company that we know will change the way the world thinks about talent,” said David-Ashiru.

Speaking with Quartz, Seni Sulyman, Andela’s Vice President of Global Operations, explained that the pivot was down to changes in market realities in the company’s primary market, the US. According to him, the rise of developer training schools like Lambda and Flatiron in the US is reducing the training period for developers. “[Also] Computer science schools in universities have also ramped up their programs,” he added. “What that has done is create a massive flux of junior engineers in the US…which is our primary market.”

To stand out, Andela has to reduce its focus on junior developers “demand is heavily skewed towards more senior talent.”

Moreso, the focus on senior developers has been in the pipeline for some time now. In May, the company started the ‘The Power of “X”’ campaign to attract mid-level and senior-level software engineers. At the time, Andela called the project an “inclusive” one to attract developers from various backgrounds, the real goal perhaps, was to help shore up its developer pool ahead of the layoff announcement.

The company has equally made a few language changes that indicate a change of focus.

While its original focus was on training, Andela now calls itself a “company that builds distributed engineering teams with Africa’s top software engineer.” And in a press release, the company was described as a “high-quality engineering-as-a-service.”

This change reflects a shift in thinking in both vision and the long term plans of Andela. With its developer training focus significantly reduced, the company is now a pure human resource company.