You can now pick up cash in Nigeria with WorldRemit 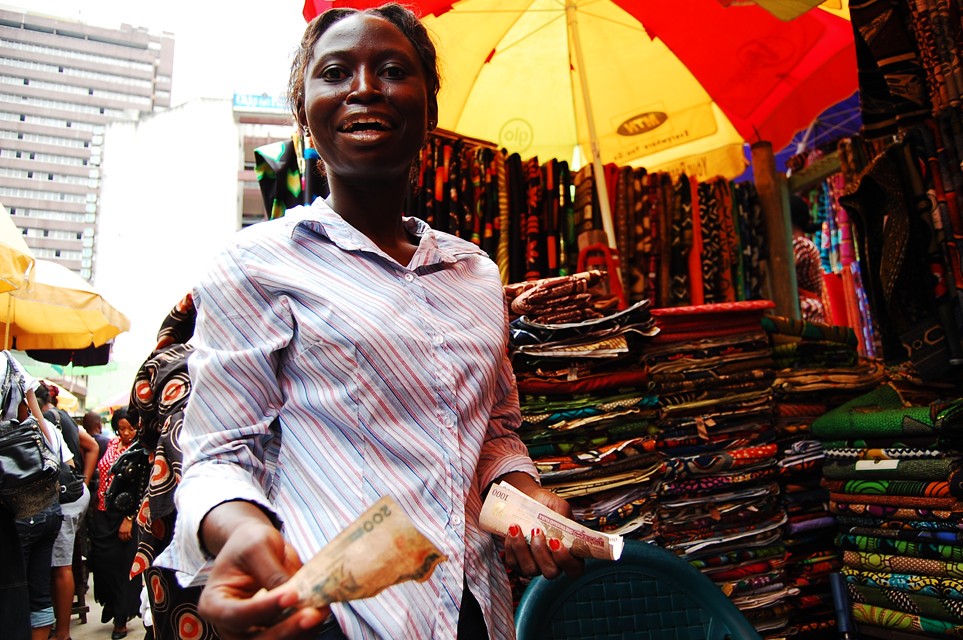 An Ankara trader in the famous Balogun Market in Lagos.

“Using our app or website, customers living in over 50 countries can now send money home for collection as cash in just a few taps from their phones,” says Andrew Stewart, Managing Director for Middle East and Africa at WorldRemit.

“We also offer notifications to both senders and recipients when the money has been sent and received for complete peace of mind.”

There are currently 1,800 cash pick-up locations around the world where customers can securely and swiftly pick up remittances and the company plans to bring this number up to 5,000 by the end of the year.

“WorldRemit is delighted to expand its service offering in Nigeria. We recognise that the future of international payments will increasingly be defined by diversity and choice as more countries across the world strive to achieve universal financial inclusion,” adds Stewart.

In addition to Nigeria, WorldRemit’s cash pick-up option is available in a number of African countries including Ethiopia, Zimbabwe, Ghana and Morocco.

WorldRemit, which launched in 2010, offered a simpler and cheaper way for Africans in the diaspora to transfer money to Africa. In 2018, it launched transfer services within Africa and is now present in 50 countries around the world completing nearly a million transactions monthly. Sending and receiving money across borders has always been a strenuous and costly endeavour, and even more so within Africa. Options were limited to a handful of services in spite of the volume of transactions to Sub-Saharan Africa: $37.8 billion in 2017 and $46 billion in 2018 (a record high). Remittances continue to play a significant role in Nigeria’s economy as migration increases in its many forms. Studies show that their inflow tends to be more stable than foreign aid and are not impacted by occurrences such as conflict and tend to increase in the event of natural disasters on a short-term basis. The cost implications, however, continue to remain a cause for concern in optimising their inflow into the economy. According to the World Bank, Sub-Saharan Africa remains the most expensive region to send remittances to, with an average cost of 9.4% for sending $200.

Much of these remittances are directly received by individuals and families in middle and low-income countries who rely on these inputs for basic necessities and to run small businesses to sustain livelihoods. At the ADEPT Fifth Diaspora Development Dialogue (DDD5) in Nairobi in 2016, the International Monetary Fund, World Bank and the Africa Institute for Remittances together with stakeholders got together to deliberate on action plans to reduce the cost of remittances to less than 3% by 2020, an SDG of the United Nations. Based off of the summit’s recommendations, there are now more players in the space encouraging competition and innovation as well as employing technology but there’s a long way to go still in making sure that remittances are effectively and almost completely received by the individuals who need them the most.