Eden wants to make your life easier but at what cost? 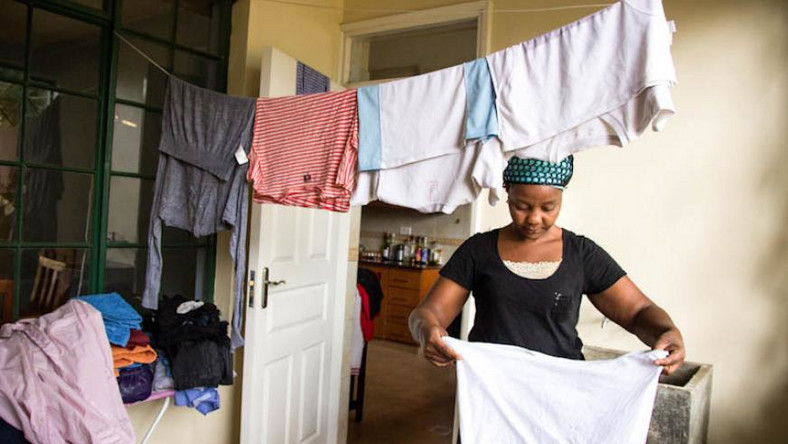 House-helps. Many Nigerian homes rely on helps who perform a number of tasks from cleaning, laundry, and preparing meals. The work is often gruelling while the pay is terrible.

And often, this labour is sourced from young relatives. The practice is crude but the need for assistance at home cannot be overlooked. With many industries already disrupted by technology, it’s only inevitable that a startup will seek to provide professional help, especially with a rising population of milennials in Nigeria’s middle class.

Launched in April 2019, Eden Life says it is a home management service that is automating how people run their homes. Eden was founded by three former Andela staffers: Nadayar Enegesi (who co-founded Andela), Prosper Otemuyiwa and Sim Momoh.

Nadayar told TechCabal that Eden was founded to help improve people’s lives even as they struggle with the realities in Lagos.

“Since I’ve lived here [Lagos], I’ve always just been personally frustrated with how everything works,” said Nadayar, who relocated to Nigeria in 2014 to co-found Andela.

“It doesn’t make sense that you leave your house in the morning by 5am to deal with all the traffic madness that Lagos has to offer and you come back home, your home is a mess.”

Meanwhile, the people you are “depending on to take care of your home are just not professional enough,” he added. He shared that even if “the amount you are paying is cheap or affordable, you’re not getting what you want.”

“How do we eliminate that?” he asked.

Eden wants to address this worry by connecting people with professional home managers. Using its app, the startup allows people to outsource tasks like laundry, house cleaning and meal delivery to professionals, called “gardeners”. It also has plans to introduce more services in the future.

Unlike the traditional house help system, Eden sources it gardeners from service partners who recruit and train individuals on home management. The startup conducts background checks on potential gardeners before onboarding them to attend to customers.

For a regular subscription fee ranging from N23,000 ($63.6) to N76,000 ($210), Eden covers the home chores of busy professionals for a month. The app also allows users to customize their subscription with the specific needs that they have. Customized subscription could be as low as N12,000 ($33). Once a user subscribes, the app attaches them to a gardener who they can give instructions to from within the app. The startup now has around 60 paying customers who spend on average N45,000 ($124.5) monthly.

But at N23,000 ($63.6) per month, Eden’s cheapest regular subscription plan is almost as high as Nigeria’s recently approved minimum wage. This raises the question of affordability and market target. Why would anybody want to pay such amount to do chores when there are cheaper alternatives?

However, with a dearth of information about the size of Nigeria middle class, Eden is relying on information from the Nigerian pension fund to give a clue about who potential paying customers are. He said the pension fund captures the size of people who can pay for its services. “But this information is limited,” Nadayar disclosed, “it only captures those in the formal sector.”

Meanwhile, the startup has other competitors who offer relatively cheaper plans. For instance, Fichaya, another home management company offers its services for as low as N15,000 ($41.49) and its most expensive plan costs N38,587 ($106.74) per month.

Eden also has to compete with classifieds websites like Jiji which allows people to recruit people as house helps. But as we’ve seen in the past, classifieds are “transactional” Nadayar explained. Security checks and other guarantees are absent and users bear all the risks. In the past, there has been at least one case where a house help hired from a classifieds website ended up kidnapping their boss’ children.

Yet, the biggest challenge for Eden remains the traditional house help system. It is cheaper and relatively secure since the helpers are family members. But Nadayar is counting on a cultural change originating by the younger people to end this system. According to him, people who use traditional house helps should ask themselves: “Are you being fair?”

“Your house help is your employee… and if you are being fair then it means that there are a bunch of things that you are doing,” he said.

“These include their feeding, housing, health insurance and paying for the school fees of the underage house helps – which is child labour by the way.

“Young folks like us we don’t want another person living in our house that we are responsible for. Because having people in our homes means we have to treat them fairly and that’s very expensive.”

Regardless, Eden still has a long way to go if it is going to break into the Lagos market. At first glance, the company seems prepared for the hard work.