My Life In Tech: Oluseun Onigbinde wants you to care about your government 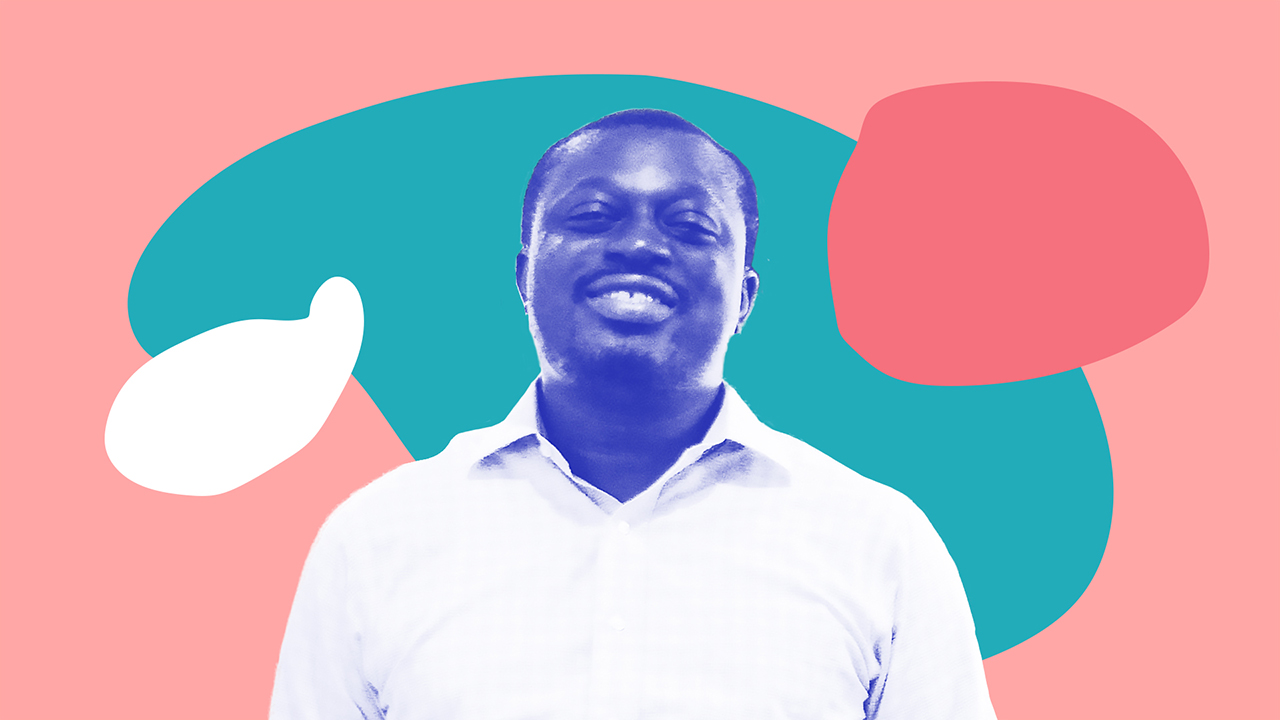 In the space of nine days beginning September 7, cofounder of civic technology startup BudgIT, Oluseun Onigbinde, came under venomous attacks on Twitter following the announcement of his appointment as Technical Advisor to the Nigerian Minister of State for Budget and National Planning, Prince Clem Agba. The duration of the position was short-termed. The role was to help the ministry “along the issues of budget reforms, development planning, and revenue growth” and was underwritten by an international development agency. The headlines and comments had been pointedly hurtful, and in typical Twitter fashion, old tweets were exhumed and put on display, a justification for the ongoing mob action.

On September 16, Onigbinde tendered his resignation and penned a blog post stating why he had chosen to resign. Trust. Or a lack of it. The outcry had been on the basis of his past and continuous criticism of the Muhammadu Buhari-led government. Much of the backlash had focused on his acceptance of a role under the same administration, with many calling him two-faced and hypocritical.

“That’s how binary our society is. It’s either you’re on that side or not,” Onigbinde says forlornly when we meet at the Civic Hive in Yaba. He makes a futile attempt to remember why we are meeting until I remind him we are scheduled to meet for an hour for the column. I am a little late having first gone to the BudgIT’s office a few minutes away from Civic Hive, the organisation’s startup hub.

BudgIT was the product of a summation of various defining experiences. Born in Osogbo, Onigbinde grew up in Ibadan and attended the University of Agriculture, Abeokuta where he obtained a degree in Electrical/Electronics Engineering. While an undergraduate, he involved himself in school politics, first running for and winning faculty president and then running for and losing a race for Student Union president. He also wrote a lot about the country, analysing the complexities and multidimensionality of her problems in prose, some of which he’s lost over the years.

“I’ve always put myself forward in terms of leadership positions.”

The gradual erosion of the Nigerian middle class in the 1990s was the third. During the Ibrahim Babangida regime, in the mid 1980s, as precondition for loans to shore up the economy that had taken a hit from the downward spiral of oil prices, the World Bank and the International Monetary Fund wanted the government to initiate a Structural Adjustment Programme (SAP). SAP, at first, yielded results. The economy gradually attempted to resuscitate other industries aside from oil and there was a marked improvement in agriculture and industry. But middle class Nigerians and civil servants suffered. Onigbinde’s family was one of them.

“My dad lost his job at Michelin Nigeria. We lived decently. We had crisp tags on our clothes during Christmas and suddenly we had to wear cut and sew,” he recalls.

“I won’t say I saw poverty in its violent form. I can’t appropriate that to myself, but I know I saw pain in the sense of needing more than what you had.”

Restless, hustler general, accountability general, wordsmith, those are a few words that Onigbinde and his peers often describe him as. After three and a half years in the banking sector, his restlessness would get the better of him leading him to quit.

“I felt discontented and that I could do so much more meaningful work for the society,” Onigbinde says.

The idea for BudgIT was birthed in 2011 at a Tech-In-Series event organised by pan-African hub, Co-Creation Hub, with a vision to break down the government’s annual approved budgets into accessible, easy-to-understand bits. He wanted to empower citizens to be more involved in governance armed with data and numbers; to demand what is due them.

“In Nigeria, everything looks like it is sport. People joke too much with politics and governance in Nigeria,” Onigbinde stresses.

“Someone wants to run for office, you are more concerned about the number of posters he’s placed on the road without asking deep questions around policy and then when he gets there, we start asking questions about whether he is performing or not performing. We should take governance much more seriously in Nigeria.”

BudgIT was incubated at the Co-Creation Hub and has come full circle in eight years with its own incubation hub targeted at startups encouraging civic responsibility and tackling injustice using technology tools.

To be deeply involved in Nigeria’s politics and governance as an outsider is a constant delicate dance between what is ideal and what the realities of the country are, Onigbinde says. There are many ways things ought to be but aren’t and for someone who is fixated on the former, moving the needle in Nigeria’s governance and political structure is impossible.

“The reality of Nigeria is that idealism practically gets nothing done. That’s why you see a lot of people with bursts of energy from the outside and when they get into the inside, they expect that level of energy but as they get along they begin to rationalise the same things they blamed the government for because they are boxed into the realities of the country,” Onigbinde explains.

Still, the binary nature of society when it comes to politics can be daunting for idealists who want to make a change in the government of the day. Onigbinde himself has been offered, and rejected government positions twice in the past. While the question of where the best minds and hands to stir the country in the right direction should come from remains, Onigbinde says ideologically, there will always be compromises to make. The appointment for which he was publicly ridiculed was accepted on grounds of his strong faith in the vision of the new minister as well as to offer his expertise more practically in the public sector.

“The important question is to decipher what your value systems are and which of them are non-negotiable in pursuit of realism. What is your deal breaker?” he asks.

In 2018, after being selected to participate in the Obama Foundation Scholars Programme at the Columbia University in New York, Onigbinde handed over the reins of leadership at BudgIT to its current Chief Executive Officer, Gabriel Okeowo. Prior to his new role, Okeowo was the General Manager, Operations at the organisation. Since completing the fellowship, Onigbinde has shifted his energy to substantiating the successes of the organisation as it nears its tenth anniversary.

“Coming back, I didn’t feel the need to disrupt the arrangement on a wide scale,” Onigbinde says, and has since remained focused on strategy, fund raising, projects like the Civic Hive, growing the sustainability arm of BudgIT, and new data projects.

Onigbinde is incubating a number of ideas at Civic Hive including Citizens Gavel, a platform providing legal representation to Nigerians. Gavel, he says, has received over $400,000 in support grants since it began operations. At the hub, surrounded by witnesses from Fela Kuti to Ken Saro Wiwa, young techpreneurs continue to find ways to use tech as an enabling tool for a better society because there are still a lot of grey areas: security, the movement of and finding missing people, civic education and achieving Sustainable Development Goals.

Something of great concern about BudgIT’s activities is how wide reaching its access really is, especially in a country where illiteracy levels, concentrated in regions with more of the voting population, are on the increase and access to digital amenities are lacking.

But according to Onigbinde, civic education at all levels is subpar and there is still a lot more to be done to get people to understand not only the need to ask more of their public servants but how they can go about it.

“This is what we’ve been doing with our Tracka project. We are educating people massively especially at the grassroots level. We tell them that just voting people into power is not the end of the work. It is the beginning.”

Tracka, a community platform, allows individuals register complaints about abandoned or dysfunctional infrastructure projects in and around their communities.

“We take that [complaints] up and contact those in charge and continue to put pressure until the complaint is resolved.”

The platform is currently being upgraded to incorporate a feature that allows individuals receive updated reports regarding their complaints.

With eight years gone by, Onigbinde is grateful to have spurred a new culture of interest in the country’s budget both on the part of the federal government and the citizens.

“That warms my heart.”

There’s a lot more to be done, nonetheless, to deepen this culture and to encourage states and local governments to become more transparent with their own budgets. For the 2019 fiscal year, all but three states in the country—Bayelsa, Rivers and Zamfara—published their budgets.

“We got some support from the World Bank to get the states to become more transparent with their budgets and we have states now releasing their audited statements and publishing their budgets.”

There’s also the need to start tracking and ensuring transparency in spending because the budget is afterall, only a statement of projection.

The past eight years has also come with its dark moments. The onslaught following his last appointment was one of such.

“The same citizens you are trying hard to advocate improved standards of living for will go ahead and attack you. You have to just keep pressing on.” There’s a sad resignation when he says this. There have been threats as well, which has called for more carefulness and wariness in equal measure.

“I don’t have a death wish. I don’t have dreams of martyrdom. I am not a messiah. I can leave BudgIT at any time but I will never stop being an active citizen.”

In two years, BudgIT will turn ten. The key areas of focus for Onigbinde as this milestone approaches is for more reflection on how to rapidly multiply the results of the past years and to diversify earnings.

Ultimately, the goal is to continue to build a culture of citizens who are actively in tune with its government to keep it in check and to make sure it is one that works. Being widely traveled and having experienced what effective systems look like, he is certain they are not far fetched with the right utilization of the country’s resources.

“I want a country that works for all. I have a passion to continue to simplify public budget and data and to get it across to as many people as possible so that they can take action.”