OKash provided $250m worth of loans in 3 months, Opera says in Q3 report 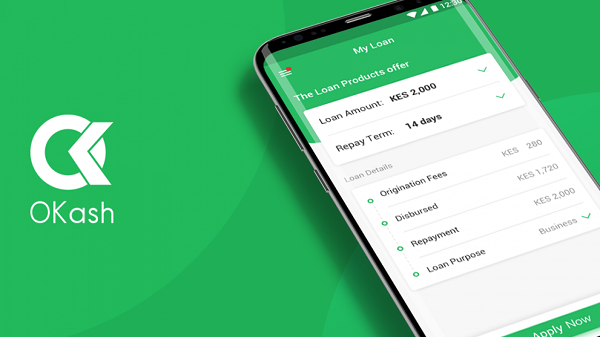 OKash, the micro-lending service, is growing at an incredible pace.

In the three months between July and September 2019, the service provided approximately 5 million loans valued at $250 million in Kenya, India and Nigeria. During the same period, the quick loans platform tripled its revenue to $39.9 million.

Owned by Opera, the Norway-based software maker, OKash uses credit scores and other insights to provide short-term loans within a few minutes. The company offers a repayment period of 60 to 90 days, in compliance with Google’s new policy for lending apps.

Originally founded by OPay, OKash first launched in Kenya, and it exited beta testing in March 2018.

When it emerged, the service operated as the lending arm of OPay, a company Opera incubated. But in December 2018, Opera acquired OKash from OPay for $9.5 million. In 2019, OKash expanded to Nigeria and India.

However despite its sale, in Nigeria OKash is still operated under the OPay app, a partnership that continues to confuse many people. According to Opera, “OKash in Nigeria is leveraging the OPay wallet to transfer funds to and from its users.” But outside Nigeria, OKash is a standalone app.

The lending service has recorded phenomenal growth since it exited beta in 2018. Within two months of its launch, the company reportedly processed $99,000 worth of loans daily. In the last quarter of 2018, OKash issued 280,000 loans and made $1.7 million in revenue.

By March 2019, the lending service became an important revenue stream for Opera. For the first three months of 2019 OKash revenue was $6.5 million, accounting for 16% of Opera’s total revenue. Three months later, that figure doubled to $11.6 million.

But according to Opera’s latest financial report, OKash now accounts for 42.8% of its entire revenue, up from zero a year ago.

In the third quarter of 2019, OKash provided an average of $50 and underwrote approximately 5 million loans, giving it a total loan value of $250 million. “We have funded the increased loan book by a combination of local bank debt and our own cash,” Opera’s Chief Financial Officer, Frode Jacobsen said.

Although OKash made its first expansion a few months ago, Kenya is no longer its biggest market. Its loans in Kenya averaged $40. But the story is different in India, its fastest-growing market. Indian loans averaged $50.

Meanwhile in Nigeria, OKash loans are “really quite insignificant still compared to the totality of microlending,” Jacobsen said. But the company expects this to change by 2020.

Although OKash is growing, the company has credit loss figures have also been growing.

In March 2019, the service lost $1.7 million worth of credit. This figure jumped to $5.4 million three months later. Between July 2019 and September 2019 alone, it recorded credit losses worth $20 million.

Opera took the blame for this. “Given our focus on gaining scale,” Jacobsen said, “our credit losses moved slightly higher relative to revenue from the prior quarter.”

Opera wants to fix this with improved credit scoring and more experience. Importantly though, the company signalled that it would cut back on aggressive growth and grow “at more normalized levels than what we have reported to date”.

Regardless, OKash is looking to expand to more countries. Opera executives told investors that it plans to expand its financial services between the next six months and 12 months. But they did not disclose where.