Your dream job could be conditioned on a training bond. Should you accept?
Alexander O. Onukwue
4th December 2019

Emeke Ajeh works at a fintech in Lagos where he cannot leave before his first year on the job ends.

Validated by the Nigerian Industrial Court in a landmark case involving an airline operator, training bonds are an increasing fixture of employment contracts at tech companies and financial institutions.

Access Bank is the example for most people I spoke to. After four stages of recruitment, prospective executive trainees go to the bank’s School of Banking Excellence to prepare for their roles. The training lasts four to five months.

In the contract offered after the training, “a clause provides that you can only leave before two years at a price,” a recently employed trainee who spoke anonymously confirmed to TechCabal. That price is N2 million ($5,586), estimated as the bank’s training cost per trainee. Those who leave before the bond term elapses repay a pro-rated sum.

Why so? In a labour market, individuals should trade their competence for compensation, without coercion. Is it right, then, for anyone to be bound to a firm for considerations outside of productivity and job satisfaction?

A contract is a bond

“From a labour law perspective, the question of ethics doesn’t exactly come into training bonds,” Dare Onakoya, a lawyer, says to TechCabal. “It is more of a contract issue.”

For a contract to exist, the parties involved must voluntarily assume liabilities with respect to each other. An offer is made and accepted unconditionally. While it’s best to write it down, a contract can be valid even if only decided by word of mouth or inferred through obvious actions.

When it comes to training bonds, however, the employer has to be offering an employee “something extra to act as a consideration,” Onakoya says. An employer can’t simply slap a bond on an employee for the mere fact that he is an employee. The courts won’t enforce that should issues arise.

Is it fair and reasonable?

Something extra is subjective. To some people in the legal profession, any training bond goes against personal liberty provisions in Nigeria’s 1999 Constitution and the forced labour provisions of the Labour Act, says Simisola Eyinsanmi, senior associate at Chris Ogunbanjo LP, a Lagos law firm.

Practically, courts “consider the fairness and reasonableness of the terms of each circumstance.”

To determine a fair and reasonable bond, courts consider “the duration of the bond, the absence of coercion or undue influence on the employee amongst others.” Nothing is cast in stone. What applies in each case will be peculiar to the agreements signed.

In other words, the court will use the reasonable person test – what the average Joe from Ilupeju would think reasonable – to determine if a given bond is warranted. The precedent for determining this reasonableness in the Nigerian labour environment goes back at least four decades.

On his return, he refused to work for the government. The Nigerian government sued him for this and the court ruled that he should return the scholarship fees (pdf, page 9).

“As an employer, I can empathize with other employers,” Damilare Ogunleye, founder of Suvenia.com, an e-commerce startup, told TechCabal.

Aruosa Osemwegie, senior manager at a consulting firm, echoed a similar sentiment: “I understand why [employers] do it, but I’m not saying they should.”

Employers and employees should be frank in recognizing that in some cases, the company makes a huge investment in training, he says. Some employees, after gaining benefits from the training, simply stand up and leave.

In industries where expertise is scarce in Nigeria, not having training bonds can be detrimental for companies. For example, a Nigerian cybersecurity firm may consider it necessary to bond employees for three years after an overseas training that costs N5 million ($13,966) per staff, Onakoya says. For such companies, it is a risk mitigation strategy to make employees agree to a bond after such expensive trainings.

But, But… Budget for it ahead!

Forceful as the argument above may be, Tosin Faniro-Dada, who heads startups at the Lagos State Employment Trust Fund (LSETF) isn’t buying it. “Training should be part of the retention, growth and development strategy for your business,” she tells me.

Her argument is simple: You may be worried about training them and they leave. But what if you don’t train them and they stay? Training and letting good employees go could open doors for a company in the future.

Ogunleye sees the sense in this counter-argument. “You don’t see employers who worry about the fact that ‘if an employee is leaving me, all the health insurance he has enjoyed over the years, why can’t I get it back?’”

Startups should not really be thinking about training bonds as not many “will invest an arm and a leg in your training within [a probation] period because even you as an employee, at that time, you are still studying company culture,” Ogunleye says.

At the fintech startup where Ajeh works, where a bond exists, there is no fixed amount for buying out your contract. If the company feels you have been valuable, they will not demand payment if you choose to leave, say, nine months into the job.

To work in tech, you probably need specialized, relatively scarce skills. However, as with aviation and banking, the same legal principles of duration, fairness and reasonableness will have to apply to training bonds in tech for them to hold water.

Competition for talent and ideas will be more intense as the Nigerian tech ecosystem develops. Alternatives to training bonds would include “restrictive covenants to prevent the disclosure of trade secrets, solicitation of clients, competition with the employer” among others, Eyinsanmi says.

Director-level employees and partners at multinationals like the ‘Big Four’ accounting firms in Nigeria already have such terms in their contracts. Staff at tech startups may be bootstrapping at the moment, but it may not take long before these winds blow to their space as the battle for differentiation and market share takes shape.

Are you currently bound by a training bond in your job, or know of any puzzling contractual agreements out there? Let us know your experience: alex@bigcabal.com 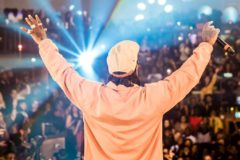 Joeboy’s Baby is easily one of my favourite songs from 2019. The lyrics are catchy and Joeboy performed it to absolute perfection. But the first time I played it, just when I was processing it, the song ended. At two minutes and forty-six seconds (2:46), Baby is short. Another Joeboy hit single, Beginning, is even […]