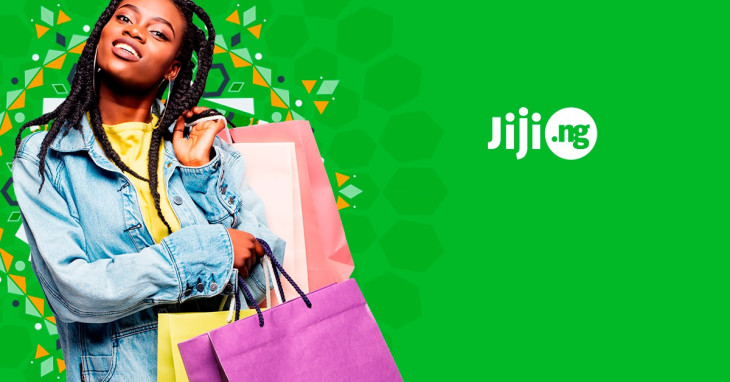 Jiji, the Nigeria-based classifieds listing company, has raised $21 million Series C funding from six investors. The round was led by Knuru Capital, an Abu Dhabi-based venture capital fund that focuses on late-stage companies.

Founded in 2014 by Ukrainians Anton Wolyansky and Vladimir Mnogoletniy, Jiji is one of the biggest classifieds listing company in Africa. It operates several categories primarily designed to help people buy and sell items and services.

It is the biggest classifieds platform in Nigeria with over two million listings and millions of users. In April it acquired its biggest competitor, OLX, a Naspers-backed company for an undisclosed amount. That acquisition allowed it to expand to four other African countries namely Kenya, Ghana, Tanzania and Uganda. Together, these five countries have a potential market size of 400 million people.

According to the company, the new raise will be used to increase engagement and acquire more customers to the platform. It also wants to develop better technology for listing categories. Importantly Jiji is hoping the new technology will match users with the right adverts, especially real estate adverts. Alongside vehicle sales and electronic sales, real estate is one of Jiji’s biggest revenue stream and listing.

Now, in October, TechCabal wrote about the challenges of finding a house in Lagos. While there are a couple of real estate platforms, Jiji is an important platform for people seeking to rent. But the platform doesn’t allow users to complete transactions online. So when people find a house on Jiji, they can’t pay the rent online. This makes it easy for real estate agents in Nigeria to simply deceive people with images of good houses that are sometimes no longer on the market.

Jiji’s cofounder, Mnogoletniy, says the platform has made a lot of efforts to control fake listings. “We were able to eliminate a high percentage of fraud listings and estimate fraud listings at less than 1%,” he told TechCrunch. He said there have also been some conversations about adding other services like payments to their portfolio, although no concrete plans have been reached.

Nevertheless, Jiji’s latest funding round comes at a time when the company is facing new competition from different directions. Its biggest competitors are online services that are providing specialised services for one of Jiji’s categories.

For instance, Jiji operates categories for car sales and real estate. But Cars45, a Nigeria based platform, allows specialises in car sales and provides other services such as valuation and car verification. Cars45 is backed by Frontier Car Group (FCG), a company that recently raised $400 million.

Fibre, Spleet and Muster are all real estate platforms that help people to find good houses in different parts of Nigeria. These startups cut out the real estate agents and allow users to pay rents online and digitally manage their dealings with landlords.

With their specialised services, the existence of all four companies could cause Jiji to lose some users in the real estate and car sales category.

But Jiji’s latest headache is not even these specialised services, it is from OList, a classifieds clone operated by Opera.

OList is still less than six months old but it is already positioning itself as a strong player in the Nigerian market. According to Opera, OList now boasts over one million listings and is growing aggressively thanks Opera’s strong suite of services and market presence.

“OList has benefited a lot by having Opera browser traffic that’s also why we actually are growing so fast in such a short time frame and growing,” said Opera’s Chief Operating Officer, Lin Song in Opera’s third quarterly earnings call.

But the Norwegian company has deeper plans for OList. Lin says OList is “quite ambitious” and says “instead of doing a bit more high level, like a simple app initiative… I think it makes sense for companies like us to go even deeper in the transaction level, to be able to smoothen the whole transaction flow, to ease the user pain points, not just selling some simple ads.”

So like Spleet, Muster and Fibre, OList has an eye on Nigeria’s real estate market and wants to provide specialised services for this vertical.

The “Nigerian real estate market alone represents a $20 billion market annually, which however is both inefficient and fragmented, and we think we can play a key part there,” Lin told investors in the call.

So for Jiji, Opera’s OList is a challenger it has to be wary of. Mnogoletniy, Jiji’s co-founder, has already dropped some subtle shades at its competitor.

“We’ve spent five years and raised $50 million to build Jiji to where it is today,” he told TechCrunch. “It would take $50 to $100 million for these others to have a chance at building a similar business.”

Backed by a new $21 million funding, Jiji appears to be posturing and asserting its lead. But Opera has an aggressive agenda for its verticals, it won’t back down easily. 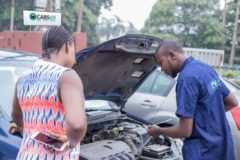 Weeks after closing a $400m funding round, Frontier Cars Group, operating as Cars45 has now expanded to Ghana and Kenya, with plans to open in other African cities by 2020