My Life In Tech: Nichole Yembra is putting her money where her hands are 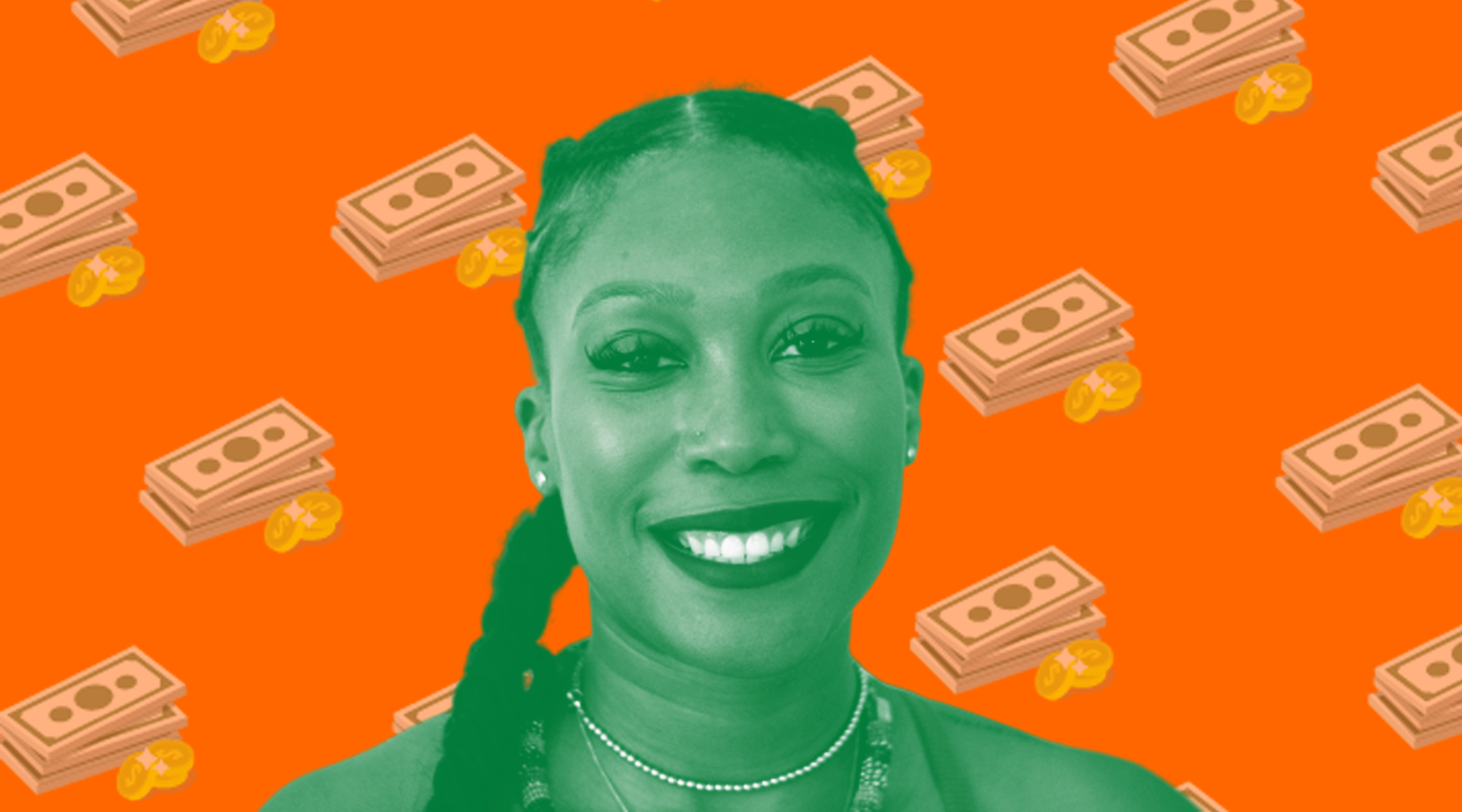 Nichole Yembra is one of the few women you will find on the C-suite level of Africa’s technology industry. And she’s earned her place there. In spite of a valid case being made for having more women at this level and despite the progress being made towards gender parity in the workplace, not a lot has changed globally. With finance and accounting degrees, Yembra’s journey into technology was born out of a zest for constant exploration coupled with a knack for problem-solving.

At Ernst & Young (US) where her career began as a manager in the Risk Advisory & Process Improvement group eight years ago, she began to think deeply about getting a hang of the end-to-end processes her consulting work, which focused on three key areas: people, processes and technology, was founded on.

“I could do lots around people and processes, then I would make recommendations on technology. I never had to understand it, I never implemented it, I never really tracked it,” Yembra says.

E&Y at the time, armed with a Vision 2020 plan, sought to double its profit margins by venturing into emerging markets and was seeking current employees who wanted to live on the continent for two years to build out its tax and advisory services which paid a lot more across Africa.

Call it time and chance, God, the universe, as she chooses to believe, but in the space of one week, three people had mentioned Venture Garden Group (VGG) and the work they were doing, adding that she was going to be a great fit for the company. So in December 2015, before the February of the year she was to begin at E&Y South Africa, she decided to meet with the Venture Garden team.

“I met them and I absolutely fell in love with what the vision could be and it was more hands-on work in tech.”

With her background in finance and the company’s focus on fintech-enabled startups in Africa, it seemed like the perfect fit. So she took a 60% pay cut and joined Venture Garden Group that same month as Chief Financial Officer (CFO), she says.

“As we started building out we started realising there’s a million problems to solve!” she recalls.

From the business and regulatory landscape in Nigeria to the nascent nature of technology on the continent and particularly funding. Five months later, VGG decided to launch its own investment arm, GreenHouse Capital (GHC) and she became Managing Partner there. For the next three years, she served as both Managing Partner at GHC and as CFO in Venture Garden Group and while it may have seemed like more than she had bargained for, she was getting the hands-on work experience that she sought.

But the uniqueness of building for the Nigerian market alone was such a high-risk venture.

Through The Chrysalis Capital’s $15 million investment fund for African and Diasporan startups, the company is currently warehousing three companies: Bamboo, Raise, and Helium Health which is about to close its Series A funding round, as conversations are still ongoing with Limited Partners to invest in the fund and support these companies solving pan African issues.

“If you look at what we did in Greenhouse, we deployed just under $4million and the value of that portfolio today is more than 5x in literally three and a half years,” Yembra says.

“Obviously if you take a chance on really good founders and do the work, you will get good returns.”

The Chrysalis Capital’s investment thesis is guided by an 8-point criteria tool that includes metrics like team dynamics (with a focus on the larger work team and not just the founders), market size and exit potentials.

“By going in early our plan is to exit Series A or later,” Yembra explains.

“That’s how we [GHC] exited from Flutterwave and got 7.5x by their Series A because they more than grew in such a short time period. I’m not trying to hold an asset until it IPOs.”

Also because 90% of exits happen through mergers and acquisitions, it is important that the company has global parallels that may look to acquire it as an expansion strategy into the continent.  While companies can submit their information directly to the firm, people can make referrals and profit from companies that become part of The Chrysalis Capital’s portfolio.

“Right now, we’ve decided that we are not going to make any deals until we have cash in the bank,” Yembra says.

“I didn’t want to be one of those funds that goes through diligence and then starts telling stories about not having money.”

While the company inches towards closing its funding deals, its three-company portfolio have been selected from already existing investment relationships.

Two previous instances stand out to Yembra as occasions when investments went awry. Both of the challenges the companies had were around good governance she says, or more aptly, a lack of it. With one of the companies, it was a founder/leadership incapability that threatened to destabilise the business.

“When I look at that situation, we could see the signs months before but that’s our fault for thinking okay, they’ll figure things out, instead of actively making sure that we helped them resolve it,” Yembra recalls.

With the second company, they had tried to tranche funding but the founders, even though they defaulted on agreed deadlines, still received the tranches of funding as was originally planned.

“Again,  governance. If we checked up more frequently, if we looked at the numbers tighter, if we had more conversation, we would have known.”

Now, she is a huge proponent of tranching funds and sticking to milestones agreements strictly.

“Founders won’t love it but from a governance perspective, until founders have shown discipline and a track record of reliability and accountability you should tranche funding and tie it to milestones.”

The Inordinate Romance of Entrepreneurship

Is the African technology ecosystem carried away by the idea of raising huge sums of investments from VCs and the glamour of being tech entrepreneurs?

“It is something we’ve seen. It’s disturbing at times,” Yembra agrees.

“You don’t build a business for investors, you build businesses for your customers” is a mantra that she tries relentlessly to beat into new founders, especially the one who assumes that raising funds solves all of their business problems.

One tactic The Chrysalis Capital employs is to have new founders pay for a mandatory strategy/business/financial model analysis and roadmap. And in spite of initial reluctance, this has helped a number of them truly figure out what kinds of investors they need, what financial instruments are best suited for them, how much exactly they need in a particular round of funding and so on.

“It sounds cool to raise 5 million or 20 million but if you realise that you can burn through whatever amount of money in a short period of time, you must be committed to doing it right.

“I really do need people to stop romanticising entrepreneurship, especially in technology. Some of the stories you hear are not real, there are some people who know the truth about how these companies came to be, about how a co-founder title is sometimes a negotiation tactic when being hired.”

Many say the African ecosystem is too reliant on foreign investments and Yembra says she doesn’t see it that way, especially because we have created a system where foreign validation precedes local validation in many sectors.

“The external validation is forcing domestic capital to sit up, our governments to give more funding to the Bank of Industry or set up more friendly CBN schemes, or private capital funds.”

Yembra is passionate about getting more women into the technology ecosystem. While at GreenHouse Capital and seeing that only one of its portfolio companies at the time was co-founded by a woman, she founded GreenHouse Lab, Nigeria’s first female founder focused tech accelerator.

By looking at the challenges she faced as a C-suite executive,  from automatic bias to Imposter Syndrome, she realised that the solution was two-pronged. First was changing the system by attempting to reorient the male-dominated VC space.

“We did an investor implicit-bias training. We literally brought investors in the ecosystem and they were trained for three hours on things that they may say or do that create these barriers.”

But on the flip side, and more effectively, the accelerator lab provided an opportunity to teach female founders to have an even more firmer grip on their numbers, their stories, their viability, their ability to articulate their markets firmly, because the processes may always be not tilted in their favour.

Since leaving Venture Garden, she has made sure to sustain the accelerator by hiring the programme managers who took her place after her departure.

“What I love is that there are a bunch of initiatives that are trying to support women in tech and women founders.

“I think a lot of them are crap because I think some of them cheat these women,” Yembra adds.

“So for example, if a certain bank is offering 5 million but they want 20% of your business they would never offer that to a man.

“I am hoping that any woman who has interacted with me or the programme knows not to take that offer.”