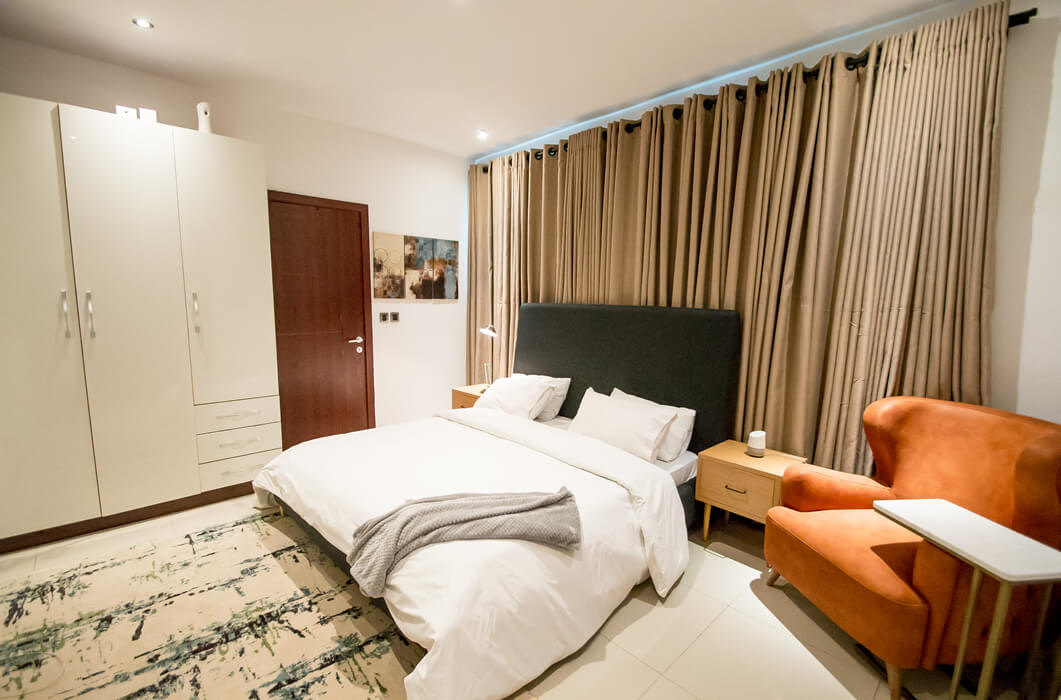 Obianuju Nsofor is a young professional building up her career. She works in finance. It’s a pretty demanding industry, so she prefers to live close to work.

But Lagos is crazy. In this megacity getting a good house can be a nightmare or a vanity fair. Houses in many parts of Lagos are poorly built, far from commercial centres and that’s not to mention expensive.

Obianuju prefers living in affluent neighbourhoods like Ikoyi and Victoria Island, not because she likes but because they are close to where she works.

“I think for working professionals, you need to be closer to your workplace   to eradicate distractions like traffic.”

But getting an apartment in these locations is very costly, she explains to me. “You need like a million naira or ₦3.6 million ($9,968)” to secure and furnish an apartment in these affluent neighbourhoods, she said. That sucks, but it is the reality many people face in Lagos and Nigeria generally.

The platform works like Airbnb and Badi, a Spanish rental service. Regular property owners can put their properties and other available spaces up for rent on Muster. By listing on the platform, property owners are able to optimize their spaces and turn them into a revenue stream.

“Hosts on Muster are able to earn more than 40% on their rooms or their spaces than if they were to list on any other platform or to let traditionally,” said Ibraheem Babalola, Muster’s co-founder and CEO.

Babalola created the platform alongside Ugochukwu Okoro. Before setting up Muster, the two co-founders worked in finance and the payment industries respectively.

“We founded Muster to make living in Africa easier,” said Babalola. “There are a lot of problems living in Nigeria and we thought that housing shouldn’t be one of them.”

Even though Muster properties are listed from third-party owners, they go through a quality control check, ensuring they are fit for living, some come with their own furniture and amenities like internet, water, beds and even kitchen utensils.

“I think what’s unique about Muster is that I literally just got my clothes and moved into the apartment,” Obinauju said. “I don’t have to bother about anything, all I have to focus on is work.”

Muster uses a flexible plan for rent payment called “subscription”. Users can pay rent monthly, quarterly or annually. “You don’t have to stay for a year, so you can stay for a more flexible period,” Babalola explained.

Now, this is an interesting approach, from a customer point of view, since most property owners in Nigeria prefer annual payments. Some even reject potential tenants who can’t pay at least 18 months of rent upfront; a practice that complicates house hunting in Nigeria’s megacities like Lagos and Abuja.

As a web app, Muster also cuts out the need for a real estate agent and the additional and high fees agents demand. Users can directly find the property that most appeals to them based on location, type, features and cost.

“By removing all these unnecessary friction and middlemen, [we are] essentially democratizing the entire process, driving affordability and unlocked rooms in this Lagos,” he said.

For property owners, the platform handles all the middle man tasks. “For our hosts, we’ve automated the entire process for them”, Babalola said. Muster handles everything from rent collection, settlement, weekly check reports, digitized contracts to conflict management.

Babalola shared that Muster was appointed “official accommodation partner” of Cross Rivers state, a state popular for its tourist attractions.

According to Babalola, the platform is growing in traction to the extent that banks now list their repossessed properties on Muster.

Since it launched in 2017, Muster has rented out over 700 rooms. “Our vision as a company is a world without homelessness and that is literally our driving force.” The company is also planning to expand to Accra in Ghana but Babalola would not give a timeline for this.

Beyond providing housing, the company is harnessing rental data to provide recommendations to home builders and real estate firms about where to build and what kind of houses people prefer.

So far Muster has recorded one funding round; a pre-seed round in 2017. Its investors include C5 Capital and a number of angel investors. It plans to complete a bigger funding round this year.

Is Muster too expensive?

Despite its vision to provide affordable housing, Muster is still a long way out. When compared to traditional rentals, houses listed on the platform seem more expensive. For instance, this available Maryland shared apartment goes for ₦167,000 ($460.69) per month;₦2 million ($5,517) annually.

At first, I admitted that it was expensive. Then at my meeting with Babalola, he explained that while traditional rentals appear cheap, when the cost of furnishing and other room items are added to the rent, price sentiment changes. Many Muster apartments, on the other hand, come furnished.

To drive affordability, Babalola said, “Muster margins are ridiculously low up to the point where the business at this point is a social enterprise.”

But away from the cost, Muster apartments are not widespread. The platform has focused more on premium locations in Lagos and Abuja.

With millions of people residing on the Lagos Mainland, only a few houses on Muster are available there. Most of the houses listed are usually in posh locations like Lekki, Maryland and Abuja, where rent is expensive. This is hardly ideal in a country where more than 50% of the population live in poverty.

Babalola admits they “haven’t done enough” to target residential neighbourhoods on the Lagos Mainland and other non-premium locations. He shared that there are plans to onboard property owners in more locations like Ikeja, one of the most commercial and populated neighbourhoods in Lagos.

The company could provide more budget-friendly housing when it launches its new platform called Musterlite.

Babalola did not go into details about the product, but according to its website Musterlite will introduce “monthly payments everywhere for everyone as well as flexible rental contracts.”

Musterlite is “going to do a lot more to unlock rooms from the more traditional guys who this whole tech thing is just over their heads,” he said.

“But I think we’ve achieved what we want to achieve in trying to drive affordability,” he added.

Thanks to its offerings and available locations so far Muster is actively building a community of high-quality subscribers and houses.

It conducts payment eligibility checks on prospective subscribers to understand if the user can afford to pay Muster rents when due.

Financially healthy subscribers can go on to pay monthly or quarterly rents and other perks such as subsidized gym subscriptions. Subscribers who fail to pass the eligibility check would have to pay their rents upfront to reduce the risk of defaulting on payments.

“We are at zero percent defaults which is great,” Babalola said.

Obianuju says she likes that many members of the Muster community are like-minded professionals. “I tend to meet people who work in firms like McKinsey, Stanbic, KudiMoney, and they’re all Muster subscribers,” she said.

“It’s just nice seeing like-minded people coming back late at night, getting up in the morning, so having to engage with them and just realising that I’m not alone in this crazy Lagos,” Obianuju added.

2020 could be a big year for Muster. It is looking to close a funding round and could expand to Ghana.

But the main focus is on how it competes against OList, Jiji and dedicated rental platforms like Fibre and Spleet.

Opera-owned OList has prioritised the Nigerian real estate market, valuing it at $20 billion. Jiji, on the other hand, says real estate is one of its biggest revenue streams and recently raised $21 million as competition in the classifieds space hits up. Fibre and Spleet are comparable companies to Muster and also offer specialised rental services.