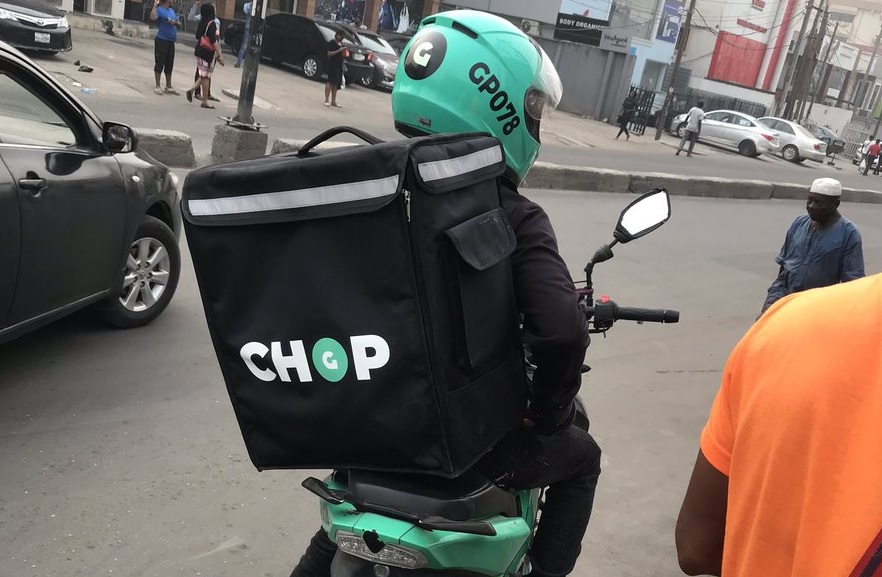 Gokada has kicked off its delivery business barely two weeks after it announced the move.

The company has partnered with Jumia to fulfil deliveries for the Jumia Food service. Without going into specifics, a source at Jumia confirmed to TechCabal that they have started working with the bike hailing service.

The first set of bikers on the service were sighted last weekend. “Jumia Food” markings were visible on the delivery boxes on their vehicles.

But it appears Gokada is now standardizing things.

On Wednesday, a Twitter user shared a picture of one of the company’s bikers with a delivery box labelled “Chop” with the Gokada logo on it.

Last week, as the Lagos state ban on motorcycles and tricycles, went into effect, Gokada disclosed it was pivoting. The company had fired around 80% of its staff and announced it was pivoting to logistics and boat services.

“We are pivoting to deliveries while transport gets figured out,” CEO of Gokada, Fahim Saleh told TechCabal last week.

GBoat, its boat service, was first announced last year. But its delivery operations is new, and it appears Jumia Food is its first partnership.

Saleh confirmed that “Chop” is the name of its food delivery service. However, he said the company has not officially kicked-off food deliveries.

“We have not launched the food part of it yet but we’ve launched logistics,” Saleh told Techpoint. “Food [deliveries] will follow within a month,” he added.

However, a source at Gokada confirmed to TechCabal that the company has started food deliveries and is working with Jumia to pilot the service.

“It’s a test run,” the source said. “There won’t be an official comment until both companies are certain that this is what it is,” the source added.

Regardless, the pivot to deliveries is a timely one. Unlike other bike hailing services like MAX and ORide, Gokada operates only in Lagos. It was in danger of losing millions of dollars in investor funding as a result of the Lagos ban on motorbikes.

In addition to the severe job cuts, the pivot allows the company to remain in operation while the Lagos transport regulatory issues are being addressed.