Fintech regulation in Nigeria is complicated 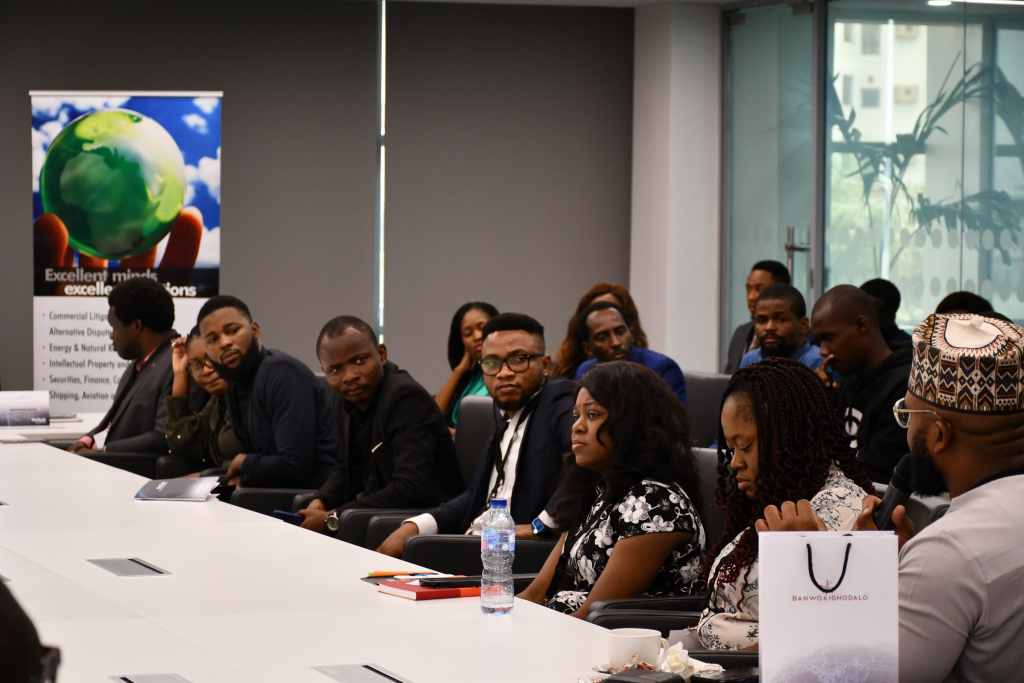 From the outside, fintech regulation is supposed to be simple. You come up with an innovation to disrupt financial inclusion, the Central Bank of Nigeria (CBN) gives you a pat on the back then gives you a licence while traditional banks look forward to their own demise.

But in reality, financial technology regulation is more complicated than we think.

Fintechs are very interested in the debate about regulation. Banks are on the edge of their seats as innovative financial upstarts are using technology to reach more people and divert earnings from banks. Regulators are struggling to keep up, causing whispers and some panic about what sort of policies it could introduce.

These complexities played out recently at a fintech roundtable organized by Banwo & Ighodalo, a Lagos-based law firm representing a number of fintech companies.

Two high level officials from the CBN and the Securities and Exchange Commission (SEC) were present, fielding questions from representatives of startups, big banks and big fintechs (they exist).

Fintechs are very interested in the regulatory conversation. Since they’re competing against traditional businesses like banks, these upstarts are wary of the regulatory outlook. The most cynical of the lot sometimes believe regulations try to stiffen innovation and make it hard for them to disrupt.

Away from the pessimists, fintechs do have valid concerns. One of their biggest concerns at the roundtable was licencing.

Licences are important, especially, for startups in the payments space. But the time and cost of acquiring them are sometimes prohibitive for companies.

“I understand that CBN wants us to show that we have the capacity and the resources, but that resource is just sitting with you, it’s of no value to me,” said a representative of Eyowo at the roundtable. The startup recently renewed its payment licence but had to lock down as much as ₦100 million to do so. The first time the company secured its licence, it took about a year.

In 2018, the CBN revealed a draft for a new payments licence regime. While the actual licence cost between ₦50,000 and ₦2 million, the capital requirements of ₦3 billion ($8.207 million) and ₦5 billion ($13.679 million) disenfranchise many startups.

Many don’t have the funding, and the ones that do would prefer to invest in their growth rather than a single licence.

The licence concern is also important because not all fintechs need one. Yet, as shared at the roundtable, banks ask fintechs to get a CBN licence before they can work with them.

“Some banks will not just deal with you without some stamp [or approval] from the CBN,” said a startup founder at the roundtable.

“It’s interesting that the fintechs say the CBN is asking for a ₦100 million,” Olayinka Oni, the Chief Digital Officer for Sterling Bank, reacted.

He explained that banks are heavily regulated. There is a hefty capital requirement of ₦25 billion; they are mandated to keep 25% of deposits as Cash Reserve Ratio (CRR); there’s the loan-to-deposit ratio that forces banks to take on more risky lending, among many others.

“Sometimes the fear traditional players have is that if you make the barrier to entry too low then it erodes all the values that we have accumulated or created over the years,” he shared, “more so today where anyone can do technology innovation.”

The rift between banks and fintechs becomes clear to everyone in the room.

Banks have invested billions in their operations, from physical branches, technology, data centres and staff. Fast-moving fintechs represent a threat to these investments. Technology has made it easier for startups to emerge, gain traction and disrupt banks.

Cloud computing reduces their need for data centres; mobile devices allows them to go branchless and target more people; while open banking APIs drastically reducing the challenges of integrating with other financial services.

“The question for me is how do you make it fair?” Oni asked the regulators at the roundtable. “I want people to come, but at the same time, how do you protect my investments and investors? The person that invested in me could have invested in pure water.”

Regulators are in a tight corner

“I guess one of the reasons I’m here is to be made uncomfortable,” joked Bukola Akinwunmi.

Akinwunmi is the assistant director at the Payment Management System of the CBN, a newly created department focused on fintech regulation.

Regulators are struggling to find a balance between supporting innovation and protecting the market (and traditional banks).

“What has changed is that these technology companies are saying they want to be at the forefront. They want to do exactly what banks are doing.”

“For the sake of the competitive market that we all talk about, would they be happy to be subjected to the same rules that govern that space?” he asked.

Akinwunmi did not suggest that the CBN would have plans to reduce licence costs. The capital requirements serve as risk control to weed out unserious players.

To offset the cost and need for licences, the regulator advised fintechs to partner with other industry players and leverage industry sandboxes.

The number of sandboxes is growing as more financial service providers partner to open up their APIs. Only few fintechs use or know about these sandboxes which serve as a quick way to test their innovations.