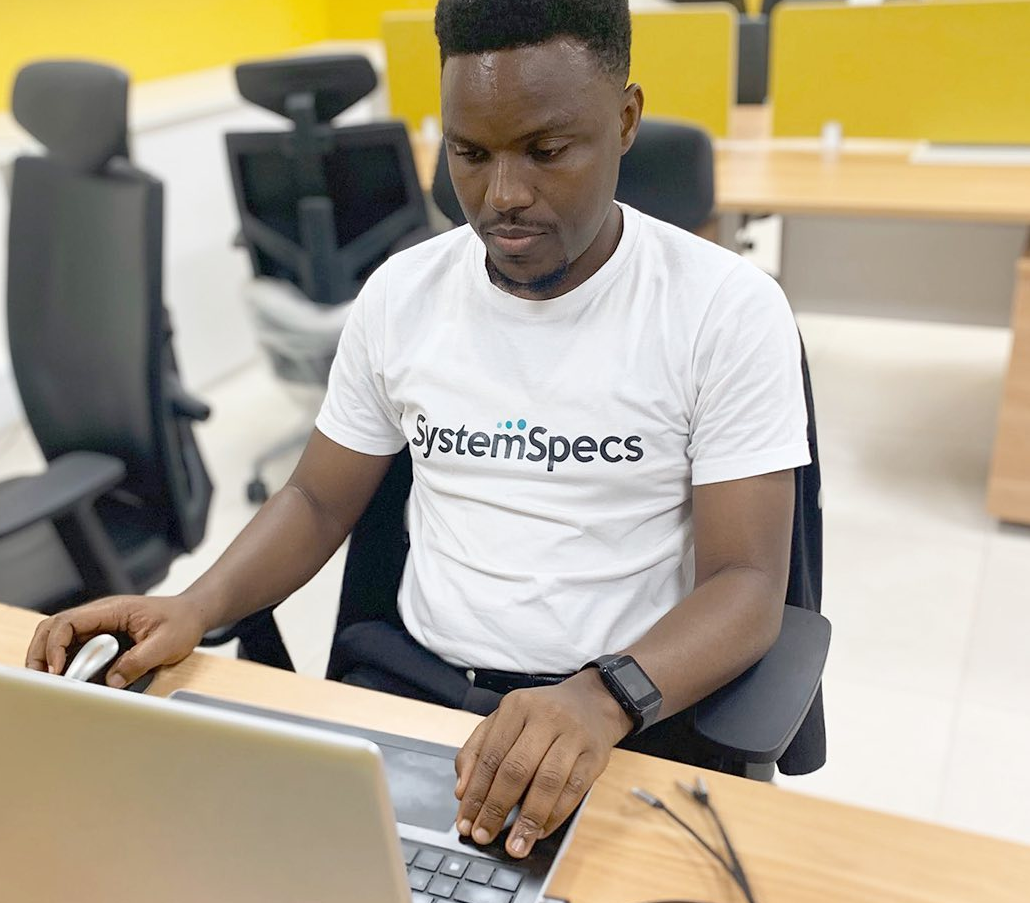 The Nigerian fintech behemoth is restructuring and entering the consumer retail business.

After over two decades of being an enterprise focused business, SystemSpecs is making major changes.

A few weeks ago, the company launched Paylink, an instant payment solution that allows anybody receive funds directly to their bank accounts without exposing their bank details, mostly for security reasons.

Rather than use their regular account details, users store that information on Paylink. In return, Paylink generates a URL or web link that they can share with anybody to make payment. Interestingly, the links could be customised to suit the needs of users; similar to how URL shorteners like Bit.ly work.

Paylink also doubles as a virtual store, allowing users to easily set up their online stores and accept payment.

Speaking to TechCabal, Patrick Ikpelue, Head of Payment Solutions at SystemSpecs, said Paylink is ideal for people who have businesses on social media platforms as well as organisations, churches and events that need an easy way to receive funds.

“This is an alternative if you don’t want to deal with other ecommerce platforms or you don’t have the funds to build your own website,” he explained.

This is just version 1.0, Patrick shared, Paylink will get an accompanying mobile app to help it reach more people and accelerate plans to reach around 10 million banked customers.

Meanwhile, the new product is part of a broad corporate reorganisation at SystemSpecs, the owner of Remita.

Founded in 1992, SystemSpecs is one of the oldest software companies in Nigeria. Although it is famous for its fintech operations, the company started out as a developer and reseller of human resources and accounting tools.

It eventually developed HumanManager, an HR and payroll system for corporate environments. Its payroll system has since expanded to Ghana, Benin Republic, Equatorial Guinea, Sierra Leone, Zimbabwe and South Sudan. It now processes over two million salaries a month for Nigerian companies.

In 2006, SystemSpecs launched Remita, the payment API and service. The service predates the current fintech euphoria ushered in by the rise of payments startups. And over the last 14 years, the service has grown to become one of the largest financial services in the country.

Remita is majorly focused on enterprise. It enables businesses to receive digital payments from users via multiple channels including USSD, web and POS terminals. The service processes payments for banks, government agencies and a number of other non-financial services institutions including universities and polytechnics.

In 2016 Remita processed ₦1.36 trillion ($3.8 billion) for the Nigerian Federal Government when it consolidated all federal ministry and agency accounts under the Treasury Single Account (TSA) scheme.

However, Remita didn’t do enough to become a consumer facing-service. Instead it focused on being an API service and advancing that technology to other developers. It has stayed in the background, powering different solutions including quick loan products for some lenders.

Despite being one of the most sophisticated payment services in Nigeria, Remita never had a mobile app until 2017. The app works like the pre-2019 QuickTeller and OPay apps. Users could make and receive payments, QR code payment and invoice generation.

But the app never caught on. After 3 years, it has garnered over 100,000 downloads but with an unimpressive 3.0 rating on the Android app store. Reviews since the start of 2020 have been mostly negative too as users have made different complaints.

With big players like Remita and eTranzact failing to develop their own consumer products, new fintech startups emerged to disrupt the ecosystem. Powered by new payment companies like Paystack and Flutterwave, fintechs started offering a number of financial services.

With the growth of these new services, the importance of Flutterwave and Paystack has increased.

In 2016, the estimated volume of online payments was $30 million per month. That figure had risen astronomically. By January 2020, Nigerians transferred over $350 million digitally. Paystack and Flutterwave account for a considerable size of this.

In July 2017, Paystack announced that it processed around $3 million per month. A year and three months later, that figure had risen to $27 million monthly. In comparison, Remita processed $1.8 billion a month in 2018.

While Remita does have a huge advantage over other players, the payment field is getting heavily contested and they are decoupling a number of financial services from traditional companies. The new players are offering innovative consumer-facing products that are gaining traction and changing how people think about finance.

Upstarts like PalmPay and OPay have raised millions of dollars to push their apps and the superapp model is key in their attempt to increase adoption. Kuda and VBank have developed digital banks.

Even big players like GTBank are stepping up their interest in the field. Last month, the bank announced a restructuring plan, giving it the freedom to roll out more fintech products.

Meanwhile, Flutterwave and Paystack are expanding both across Africa and internationally to China and India.

Remita is re-announcing its presence in the field with the launch of a direct to consumer service, Paylink, and a massive restructuring at its parent company, SystemSpecs.

“Paylink is just one product for our target markets,” Patrick explained, “we’re going into different things.”

As part of the restructuring plan, the company reorganised its business into four strategic units.

“We have undergone several changes but not on this scale,” said John Obaro founder and CEO of SystemSpecs. “This time, we are reinventing our brand identity, restructuring business, relocating our corporate head office and introducing seven products into the market.”

The Infrastructure and Payment Gateway unit will power the Remita technology and API services. Applications and Vertical Markets unit will develop and push SystemSpecs Remita-powered financial services to both corporate and retail customers.

The Human Capital Solutions and Services unit will handle the company’s HR solutions including HumanManager. While the Public Sector and Special Projects unit will oversee SystemSpecs’ services to government clients including the TSA it operates for the Nigerian Federal Government.

Interestingly too, the company has continental expansion plans as highlighted in its new logo;three dots at the top representing Nigeria, Africa and the rest of the world.

Although it acknowledged the heightened competition in the fintech space, SystemSpecs said it had little impact on their restructuring plans. “The restructuring has been long overdue,” the company told TechCabal.

The plan now, he said, is to double down on areas where the company thinks it has some potential.