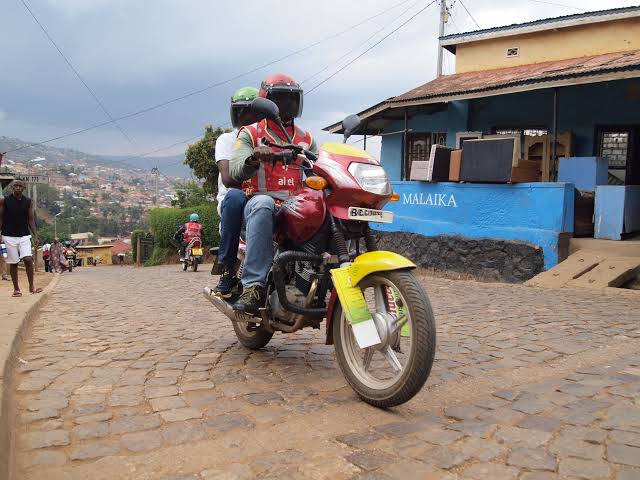 Uganda’s 45-day lockdown was extended for another 14 days on May 5, but one post-lockdown conversation that is already shaping up is a plan to regulate commercial motorcycles, known as boda boda in Kampala.

The conversations on regulations have spanned the last ten years, but recently, some recommendations by the Kampala Capital City Authority (KCCA) became public.

Boda boda is  the most popular means of transportation in Uganda.

Boda bodas are so popular in Uganda that “the boda boda could be the second largest employer of Ugandans.”

They owe their popularity to their ability to get you to remote locations as well as help you beat traffic. In busy cities like Kampala and Lagos where people are always on the move, commercial motorcycles are the way to move.

Yet, they are not without their problems. Most of the problems associated with them are around safety and what their place should be in urban areas.

In Lagos, these issues led to the decision to ban commercial motorcycles. The unpopular decision led to the end of bike-hailing services in the state.

In Uganda, the issues are the same, with this report claiming that 4,000 people die from accidents caused by boda boda. Most boda boda cause accidents because they have little knowledge of road safety laws.

But one thing that is different in Kampala is that the authorities are responding to these issues with more care.

Motorcycle hailing apps to the rescue

In 2015, Safeboda launched in Uganda. They are different from informal motorcycle taxis because you can hail a boda boda from an app. But they also introduced safety standards by training riders and enforcing the use of helmets.

At the time of their launch, Alastair Sussock, the company’s co-founder, told CNN: “People in Uganda don’t wear helmets, So how do we get them to wear helmets?” “”The answer is by providing one.”

This business model quickly caught on and in 2018, UberBoda made its Kampala debut. Taxify Boda and Dial Jack are two other companies that offer motorcycle-hailing services in the country.

The ability of these companies to enforce safety standards is why the government is now proposing regulations for informal boda boda riders to join e-hailing companies.

The long road to regulations

Members of Parliament have argued for boda boda regulations.

In January 2020, the traffic and road Safety Act, 1998 (Amendment) Act, 2019 was passed by Parliament. It now awaits assent by the President of Uganda to become law.

The co-founder of Safeboda, Ricky Rapa Thompson, who was also a boda boda rider spoke to TechCabal about the industry and the proposed regulations.

He told TechCabal, “basically, the government has always been interested in regulating the boda boda industry, especially in Kampala. Right now, boda bodas have up to 54 associations in Kampala, but they’re fragmented and not recognised by the government.”

Boda bodas have operated at “stages”, which are similar to parks. Each stage has about 30 boda bodas, with members paying between $110- $250 for members.

It means that there’s a lot of cash inflow for the over 1400 stages in Kampala’s five divisions. But there’s little transparency around the finances of these groups and the government gets nothing from them.

Apart from structuring these groups, the KCCA is also mulling regulations to help identify boda boda operators in the different divisions of Kampala. It wants to do this by allocating different reflective vests and operating numbers to riders depending on the division of Kampala they operate from.

The KCCA also wants to allocate boda riders by groups and have each group operate in their own division. These are plans that have been tried before in Kampala, but ultimately proved unsuccessful.

But perhaps, one of the biggest proposed changes is the boda-boda free zone.

A large part of Kampala is the Central Business district. It is thought to make up 80% of the capital city.

The new proposals want to make this district a no-go zone for commercial motorcycles. Thompson believes this poses a problem because there are no replacements for bodas.

“The idea of a boda boda free zone is discriminatory and in those areas, it means people will only be able to move around using taxis and buses.”

What he suggests instead is that the city provides special paths for pedestrians to improve safety. Yet, all the industry players still know that these discussions are ongoing and nothing has been cast in stone yet.

The thinking is by pushing the drivers still in the informal sector to adopt technology, it will allow the government to keep track of them. Forcing them to join ride-hailing companies can help to achieve this.

The leadership of the KCCA finds it easy to work with organised groups and it will help ease some concerns about crime and safety if these riders are all registered.