My Life in Tech: Boye Oshinaga’s journey to building an investable edtech startup 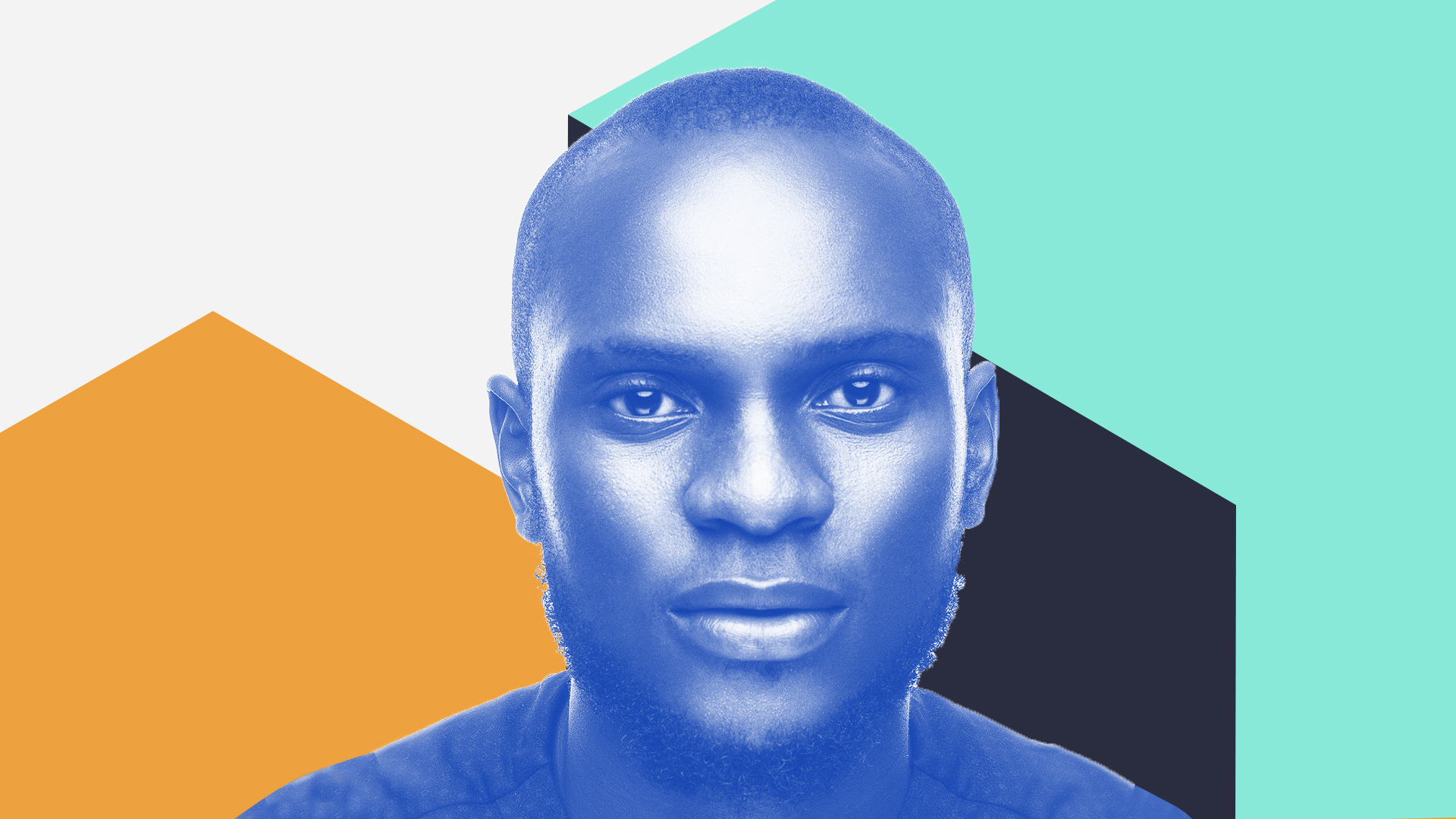 Boye Oshinaga has always been interested in education and in how Nigeria can reform the sector into one that caters to the individual needs of students helping them play to their strengths but also learning to overcome their weaknesses. He’s spent more than five years pursuing this vision especially how technology tools can help them scale. This is his life in tech.

For Boye Oshinaga, the ability to create and hold alternate realities not just in the novels he read extensively or the ones he wrote but also in the video games that he occupied himself with as a teenager, was one of a few things that sparked his interest in the field of science and technology.

There was also the smart classmate in his JSS1 class who often told his peers that they could stuff academic work into their brains through a robot to get grades as excellent as he did. And so when the time came to pick an undergraduate course of choice, his mind had already been made years earlier: Computer Science (combined with an Economics degree programme) at the Obafemi Awolowo University in Ile-Ife, western Nigeria.

Oshinaga was also interested in business and ran a book leasing/sales service while in secondary school (later auctioning off the entire library after school), and putting the proceeds towards an undergraduate wardrobe makeover when the admission came.

“And then I had a passion for education,” Oshinaga says when he talks about trying to streamline the things that gave him a sense of purpose. Business, technology and writing were the other three.

The interest in education was borne out of personal observation. In some Nigerian secondary schools, an academic  classification system employed by some schools groups students into classes based on their academic performances.

So, one class often ended up with the worst performers and the other, with the best performers in a given set of students. His school had somewhat of this practice in place. And although he excelled in Literature and English, he “usually ended up struggling to make the top ten, fifteen spots” under the new arrangement in his senior year.

In trying to figure out why certain students performed better than others, he realised that students had academic strengths and weaknesses and there was always little competition in a student’s area of strengths.

Desirous of continuing a business as an undergraduate, Oshinaga decided he wanted to teach. But not within the walls of a classroom, and in a manner that could scale.

“I did not know the word scale at the time but I kind of figured that that’s not a very good way to spend 20 years,” he says.

With the thought of reaching a wider target audience, Oshinaga founded a company which he called Youngsoul which was an online learning and community platform for students from across Africa.

The platform grew quite popular in Ife and even more so when he took the business to the Nigerian adaptation of online reality television show Dragon’s Den in a bid to raise more funds to sustain its growth.

The only thing at the time was that I hadn’t figured out what the business model for my company was. So my company started looking like a [social] club.”

Although Youngsoul did not receive any investment from Dragon’s Den, the exercise caused him to think more deeply about the business and what it was missing.

While he figured that out, he began taking part in more tech-centered, writing and business competitions representing the school at events like Microsoft’s Imagine Cup.

After school, at Techstars’ Startup Weekend accelerator program, he ended up meeting Bunmi Akinyemiju, MD and CEO of Venture Garden Group who took interest in what he wanted to do after school and ended up offering him a position with Venture Garden Group as a consultant for Edutech, its subsidiary that was created to take on-campus university courses online.

“We [alongside co-founder Seyi Adelaju] were earning a salary and helping with the business in Ife. We were actually saving up half of all our monies to fund the company.

Finding a viable business model and scaling it remained an issue they had still to solve.

After a year at VGG, and after analysing the potential of the web given constraints like low mobile phone penetration and internet access/affordability in the early 2010s, Oshinaga and his co-founder decided to try another way to disseminate educational content in mass that did not require these infrastructure: DVDs.

“I printed a thousand copies of CDs’ and we were trying to find the right price for them.”

They sold alright, after a lot of hard work, but the profit margins were negligible. External costs asides the direct costs of producing the CDs had not been factored into the ₦250 (US$0.64) sum they asked of the students who the CDs were made for.

“I think that taught me a sober lesson in business about distribution and the cost of selling a product,” he says.

In the midst of all this came another opportunity. Schools were creating computer science subjects and building computer labs and needed content to teach. They pivoted.

“We built out a whole digital curriculum and started selling it to schools. Our only execution flaw was that we didn’t do it fast enough and because we were slow, we still couldn’t make enough money,” Oshinaga says.

Seeing that the company could possibly keep its payroll but not grow beyond the little successes it had recorded thus far, Oshinaga disbanded, fixing his team into new jobs and returned to VGG to head the Edutech team which by the time, had obtained the license to provide online learning for the Ahmadu Bello University (ABU) in Zaria, northern Nigeria. The team went on to launch the country’s first online MBA programme with ABU, registering 1,000 students in the first tranche.

After a brief venture into the fintech space  and still bent on proving that scale and profitability were possible in the edtech space, Oshinaga proceeded to back an edtech company called SchoolsCompass and ended up helping the company scale their presence from 300 to 3,000 in under a year.

“I think that process taught me again that there was hope in this edtech space.”

This realisation led him to Gradely which he currently runs as co-founder and Chief Executive Officer.

At Gradely, Oshinaga is putting to practice all those years of observing how individuality can be a strong determinant in educational outcomes. Gradely prides itself as a tailored learning platform using artificial intelligence technology to create learning modules and quizzes specific to each learner. The platform also curates practice questions and produces video lessons for continental and international certificate examinations.

In April, early-stage investors Microtraction made a US$25, 000  investment in the company.

“Gradely launches at a time when most schools are looking to explore digital learning for the first time,” the Microtraction team said.

“Gradely’s laser focus on getting intelligible insights from the student’s work is what truly differentiates them and underscores their desire to make an impact in the collective growth and educational journey of each student in Sub-Saharan Africa.”

So far, over 80 schools have been signed onto the platform.

It is blooming season, as it were, for many edtech startups in the country given the realities of the coronavirus pandemic and the uncertainty of school reopenings.

According to Oshinaga, Gradely’s traffic increased tenfold between the end of March and April  and even investors are making contact which wasn’t happening in the past.

But there are questions about whether these changes are more lasting than is being let on, or a temporary fix for both parents and the sector which he says is certainly not well prepared for the current situation.

Ultimately, Oshinaga is in no doubt that the length of time the lockdown lasts will make an indelible impression on the use of technology in education in the country and even if things return to normal and schools begin to re-open, the impact of the edtech sector in changing the way students learn will remain.

“Even when things go back to normal, the schools will remember, the parents will remember, the children will remember,” Oshinaga says adding that he’s had parents call to ask questions like; what if we made school partly online? Why do we have to sit in traffic everyday to pick the kids? Why don’t they come back home at 11am, 12noon and continue online?

We are creatures of habit. The people [edtech startups] who enable schools to build new habits are the ones that have won. Because habit forming is real.”

Oshinaga believes that anyone can learn anything if education and teaching is more individualized rather than pursued as a group activity irregardless of the class size.

‘Practice makes perfect’ is also a tenet that they hold on to tightly and encourage by the design of the platform especially in the way that difficulty levels are alternated in quizzes or mock tests in line with the student’s performance.

“I think that the teachers and data are very critical to the transformation of the [education] sector,” Oshinaga says. Teachers who are dedicated enough to not only want to but personalise their classes to suit the varying degrees of academic strengths that are often mixed in a class. Data is critical, so as to find out quantitatively how to encourage high performing schools or principals or teachers and discourage those who fall by the wayside.

Over the years, if there’s one thing Oshinaga has had to learn in the course of his work trying to scale and build a sustainable edtech business, it is that knowledge can come from anywhere. And you have to be open to be receptive to it.

“It’s something I personally had to learn, a shift in mindset..”