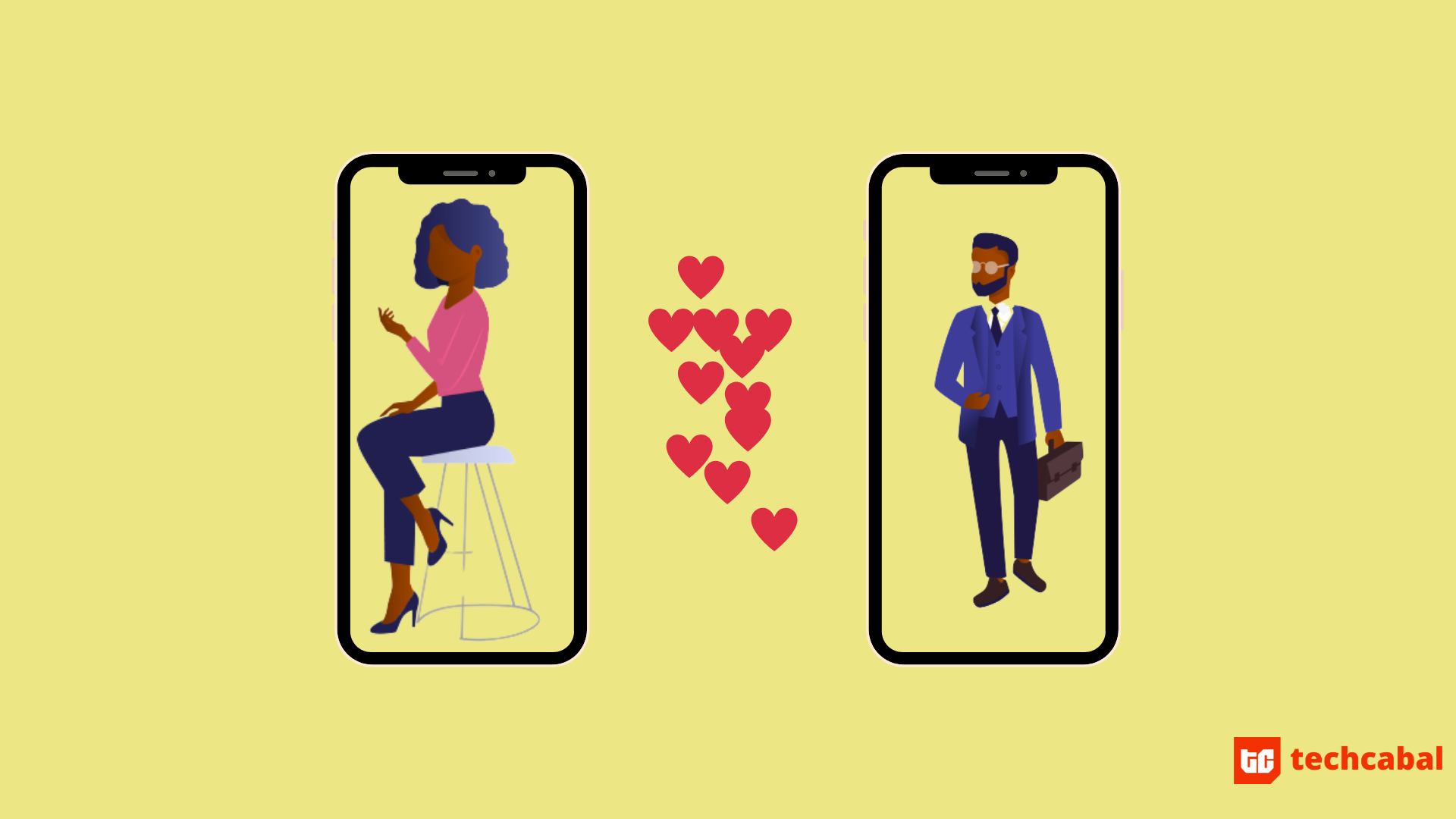 Flora* met Dan* mid last year on Instagram and they both kicked it off responding to each other’s stories and sending occasional chats. A three-week workshop, followed by an internship at his organisation in June last year was the first time they would meet physically.  While a relationship has yet to blossom and there has been strains on communication in the past year, Flora* says they seem to have gotten closer in the past few weeks.

“We chat almost everyday,” she tells me.

“I don’t work well with distant relationships but this period has kind of made me realize that I can actually make it work.”

The coronavirus pandemic has sent most of the world home and even though countries are now relaxing lockdown rules and movement restrictions, the presence of the virus and the absence of a vaccine or drug means that much of the social distancing and isolation guidelines to prevent its spread are still in place.

We have never been farther from each other than now, being feet away from loved ones and not being able to hold them. Love and romance are also taking a hit in some way alongside overburdened healthcare systems and dwindling economies.

With months gone in isolation and more uncertainties ahead, dating apps, teleconferencing tools, and social media channels have remained the silver thread keeping the spark in relationships going and helping others form new ones as we navigate these unusual times.

Perhaps, the most evident scenario of the unusualness of the time comes from this wildly viral Instagram post from a New York based photographer, Jeremy Cohen, where he spots a romantic interest, swipes right using his drone and goes on to show what social distancing might look like during actual physical meetups with potential dates.

There are many more similar scenarios being shared online.

The appeal of Live speed dates

Toketemu Ohwovoriole, Senior Editor at Zikoko is sitting in her bedroom, glass half full of wine in one hand, fielding questions and asking same of a young man in the lower half of my phone screen. A speed dating session is ongoing on the culture magazine’s Instagram page.

Instagram and Facebook Live dates have risen in popularity in the last few months. Usually organised by oftentimes popular users, influencers, or pop-culture publications like Zikoko, an individual can field dates from a pool of a tuned in Live audience and potentially take it further.

Social media platforms like Instagram have always been dating tools but the lockdowns and a shared global crisis has deepened the need to connect or stay in touch and has resulted in a spike in usage across many of these platforms. Instagram and Facebook Lives doubled within a week in mid-March and WhatsApp has seen a 40% increase in usage since the lockdown.  In countries where lockdowns have been in place for much longer, WhatsApp usage has jumped by 51%. These spikes in usage have come most from individuals within the 18-34 age bracket.

But Live dates are a two-pronged venture. Ordinarily, dating apps and the use of social media to find love has always been somewhat covert allowing people connect in private and relaying as little of their personal information as is possible to withhold from someone you’ve only met but are trying to get to know.

“I don’t see the IG Live evolving past being used just for entertainment purposes. Not as a true dating option,” Ohwovoriole says.

Hundreds or thousands of people sitting in on these dates raise concerns and questions about how authentic people can be while on them, one major grouse we have with dating apps, and where the lines are drawn between keeping a bored audience engaged or entertained and actually helping them find love and new friendships.

But even this is not quite out of the ordinary according to YouTuber, Tito Abumere who discusses relationships and dating culture on his platform. Gone are the days when people lived discreetly. Now, whether on YouTube or Instagram or Twitter, we are constantly sharing even the most intimate details of our lives like we have never done before.

Whether or not they are solely entertainment media for audiences on social media, Abumere says he thinks it is a win-win for both those trying to keep their audience engaged and an individual who perhaps is quarantining alone and in need of some fresh connection and the possibility of finding a meaningful relationship.

Video formats weren’t necessarily popular with online dating apps but they also haven’t been completely absent. With dating apps now competing with the likes of Instagram Live in terms of dates being able to see, for sure, what their potential dates look like in person, dating apps might be looking to create newer features that keep people in-app for longer.

Tinder and Badoo no doubt take the reins in the online dating market across the globe from Nigeria to Indonesia. In the course of the last few months, to encourage social distancing and safety, Tinder, Badoo and a number of online dating websites are now tweaking their messaging and updating features that encourage more virtual interaction to discourage physical interactions.

Tinder has announced this month that it will introduce in-app video chat features sometime down the line. The feature may not be open to all its 50 million+ users given that it is more difficult to nip abuse in the bud via video as against texts.

Something it has already effected however, is making its Passport feature free to all its users. Originally open to only users with Tinder Plus and Gold subscriptions, the platform reckons that since travels have been all but halted, people can connect with matches from anywhere around the world.

But, in the long run, these moves can only do so much.

Sola*, a Lagos-based banker who has been dating her boyfriend for a few months now (they’ve known each other for about four years now) knows well how digital tools can keep a relationship going. From WhatsApp to FaceTime, she hasn’t minded the time zone difference between Lagos and Canada staying up to make long calls and to ensure that the communication channels between them stay open.

But plans were underway for him to travel to Nigeria before the pandemic cut those plans short.

Now, although reluctant about how feasible it is, Sola* is exploring the possibility of obtaining a Candadian visa to travel instead.

Sam* who met his current date on Tinder and succeeded in going on only two physical dates before the lockdowns were put in place says there’s simply no replacement for real life human interaction even more so when romance and attraction is involved.

If there’s anything at all that the pandemic has succeeded in doing, it is that first time conversations can no longer be that difficult.

Quarantine, isolation, working amidst a pandemic, specific government’s responses to the pandemic, there is now one universal basis to start off with and that is, everyone is dealing with the same issue in some shape or form irregardless of where they are.