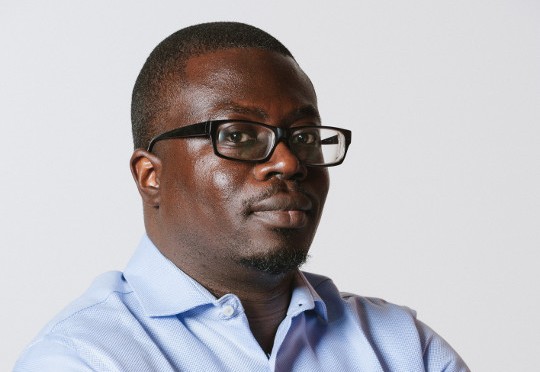 Chief Executive Officer at internet service company Tizeti, Kendall Ananyi, has been accused of sexual harassment by a former Entrepreneur-in-Training at the Meltwater Entrepreneurial School of Technology (MEST).

Kelechi Udoagwu who says she was Ananyi’s mentee, in a Twitter thread, said Ananyi had “pulled out and put his dick in my hands” and asked if there was anything she could do, a forced solicitation of sexual favour.

“He visited [MEST] as a guest speaker,” Udoagwu explained in the thread. “Our friendship had been purely platonic and professional till that afternoon.”

“I could barely assimilate and react that this was really happening.”

Udoagwu is the cofounder of Skrife, an online content development platform she launched in 2015 after meeting her cofounder during the MEST programme. She went on to serve as MEST Africa’s Head of Communication shortly after.

“MEST has zero tolerance for sexual harassment and have strict policies in place to support this,” Managing Director MEST, Ashwin Ravichandran, told TechCabal in an email response to the allegations.

“Once we learnt about it, we reached out to Kelechi to make sure she knows she has our full support.

“Kelechi is widely respected in the West African tech ecosystem and an alumni we are very proud of. We stand by her courage to come out and speak against the harassment,” Ravichandran said reaffirming that Ananyi had not been officially engaged to mentor entrepreneurs nor was he a staff of MEST, but had been invited as a guest speaker at the time.

Fear of retaliation keeps women in the industry silent

Following Kelechi’s accusation, many women (and men) within the industry have made comments on Twitter, or anonymously, about other cases of harassment, within Tizeti and the broader ecosystem.

“Almost all women in the ecosystem have a story ranging from harassment to assault to rape,” an anonymous source told TechCabal.

“No, of course not,” says Timi Ajiboye of BuyCoins when TechCabal asked if this was the first time he was learning about a harassment incident in the industry.

According to TechCabal’s findings, the occurrence of sexual harassment and assault in tech may be more extensive and rampant than is let out. Kendall Ananyi’s case is not solitary. More women have since come out to accuse the CEO of harassment (as well as share their experiences at other tech firms) but are terrified to go on record for fear of retaliation or causing harm to their careers.

“Speaking up comes at great personal cost,” the source said, “If nothing happens to the man [Ananyi], she’s exposed herself as some sort of whistleblower.”

After putting out a statement Sunday evening announcing that Ananyi would step down from his role while independent investigations are carried out, both that statement and an earlier unsigned statement from Tizeti more than 48 hours after the accusations were made, have all been taken down from the company’s Twitter account.

This, in spite of concerted efforts by key stakeholders as well as Tizeti’s Board members 4DX Ventures to have Chief Financial Officer, Patricia Aiyedun and Chief Operating Officer, Ifeanyi Okonkwo resume as co-CEOs pending a conclusive end to the investigations.

A number of industry leaders have criticised this move urging him to step down to allow a full investigation be carried out.

“Not only are we disappointed by what we feel is a lack of sensitivity in Mr. Kendall Ananyi’s personal statement, but we believe the removal of the Board-approved statement highlights the lack of commitment from company leadership to handle this matter with the seriousness it deserves to allow for a transparent and independent investigation,” 4DX Ventures told TechCabal in an email.

“In addition, our numerous attempts to constructively engage with Mr. Kendall Ananyi and company leadership, regarding how to handle the allegation, has been met with stonewalling or a disregard for agreed-upon actions at multiple junctures.”

4DX Ventures has this morning resigned from the Tizeti, Inc. Board and says it will continue to ensure that its leadership does the right thing.

Safe spaces for women in tech

Churches denote sanctuary. Or at least they are supposed to. But the past week has been particularly troubling for women across Nigeria after a female undergraduate, Uwaila Vera Omozuwa, was raped and gruesomely attacked in a church in Edo state, southern Nigeria. She had gone to study in the church hall. Omozuwa died in hospital on May 30 three days after she was found in the church in a pool of her own blood. She was only 22.

In the past twelve days, news also broke about the rape of a 12-year old in Jigawa, northwestern Nigeria particularly around the arrest of 11 men suspected to have assaulted the minor at different times.

While incidents of harassment and abuse of women and girls are not new, incidents of the past week and few days heighten the fact that safe spaces are almost all but obliterated for women in Nigeria. At home, with familiar faces, with strangers on the streets, in schools and in offices, in the quiet of a church hall, predators lurk and pounce at every corner leaving broken, traumatized or dead women and girls in their wake.

In tech, one of the reasons touted as responsible for the few women in the space is the lack of safe spaces and environments that enable women thrive when they come into the industry. Organisational cultures and human resource policies are at the core of what defines a safe space and how safe they truly are.

Raquel Wilson, who was a staff at MEST around the time when the incident happened says as far as she knew, there were no policies in place, designed for MEST staff or entrepreneurs, to address a harassment (or discriminatory) incident. This may have resulted in Udoagwu not being able to report when a guest that had been invited by the organisation violated his rule of engagement.

“We hear a lot about the non-tolerance of the environment, but we didn’t have anything [policy] like that. In fact, we didn’t get any HR documents or anything that made out rules or regulations that addressed those things.

“There were incidents that happened to me personally that I reported and nothing happened,” Wilson said, adding that at the time, a couple of female entrepreneurs had come to her with concerns that the environment at the training organisation was toxic.

“But they didn’t want to say anything because then, they would be looked at as troublemakers,” Wilson said.

“I wish MESTAfrica back then had been a place that encouraged you to speak out and take action,” Aaron Fu, former Managing Director at MEST tweeted.

For a lot of startups in the space whose immediate preoccupation is the product or service and how to grow their business on lean capital, it is not unusual for human resource policies to take the backseat, Wilson explains.

According to Human Resources Consultant, Vivian Offodile-Adukwu-SHRM, SPHRI, for startups still bootstrapping and/or running with very limited funds, creating human resources policies does not need to wait for when a full human resource team is available before it begins.

Hiring freelance consultants to draw up policies that can be reviewed as the company grows and sets up its own human resources team is very critical.

Alongside policies that set out rules to measure performance, set out hiring and firing rules, Offodile-Adukwu says every startup, from the moment of their inception, must create policy documents that ensure the mental and emotional well being of every staff member, in addition to the consequences that follow when any of the rules in the policy document are breached.

Men as gatekeepers and allies

“Until men realise that we need them on board to make changes because they are the ones with the power,” says Wilson, there is not a lot of progress that can be made to address these harassment and abuse incidents in the sector.

“This is about money and power. Lots of us have the money, but we’re yet to be in positions that move the needle,” another anonymous source told TechCabal.

Male industry leaders have expressed their outrage on Twitter and according to our findings, are part of the individuals weighing in behind the scenes to have this issue properly handled.

“The right action is that society as a whole (legal, social etc) punishes those who do things like this,” Ajiboye says.

“There aren’t enough deterrents. We’re too silent, too complicit, despite knowing consciously or subconsciously that these things happen.”

But it goes beyond this one case to the cultures that are instituted in the companies that they lead and the ability to step out of the way to let the rule of law prevail when incidents like this occur.

Creating holistic and valuable businesses and technologies that solve the world’s most pressing needs requires diverse and well-represented sources and this is why we cannot afford to take these back steps in the drive for more female inclusion in the sector.

But without the environments that enable this happen for the long haul,  “we’re going to keep having women who either come into the space and don’t find room for themselves and then leave, or we’ll have women who come in and then have a lot of trauma” says Wilson.