My Life in Tech: From slum to Country Manager; Jane Egerton-Idehen’s inspirational story 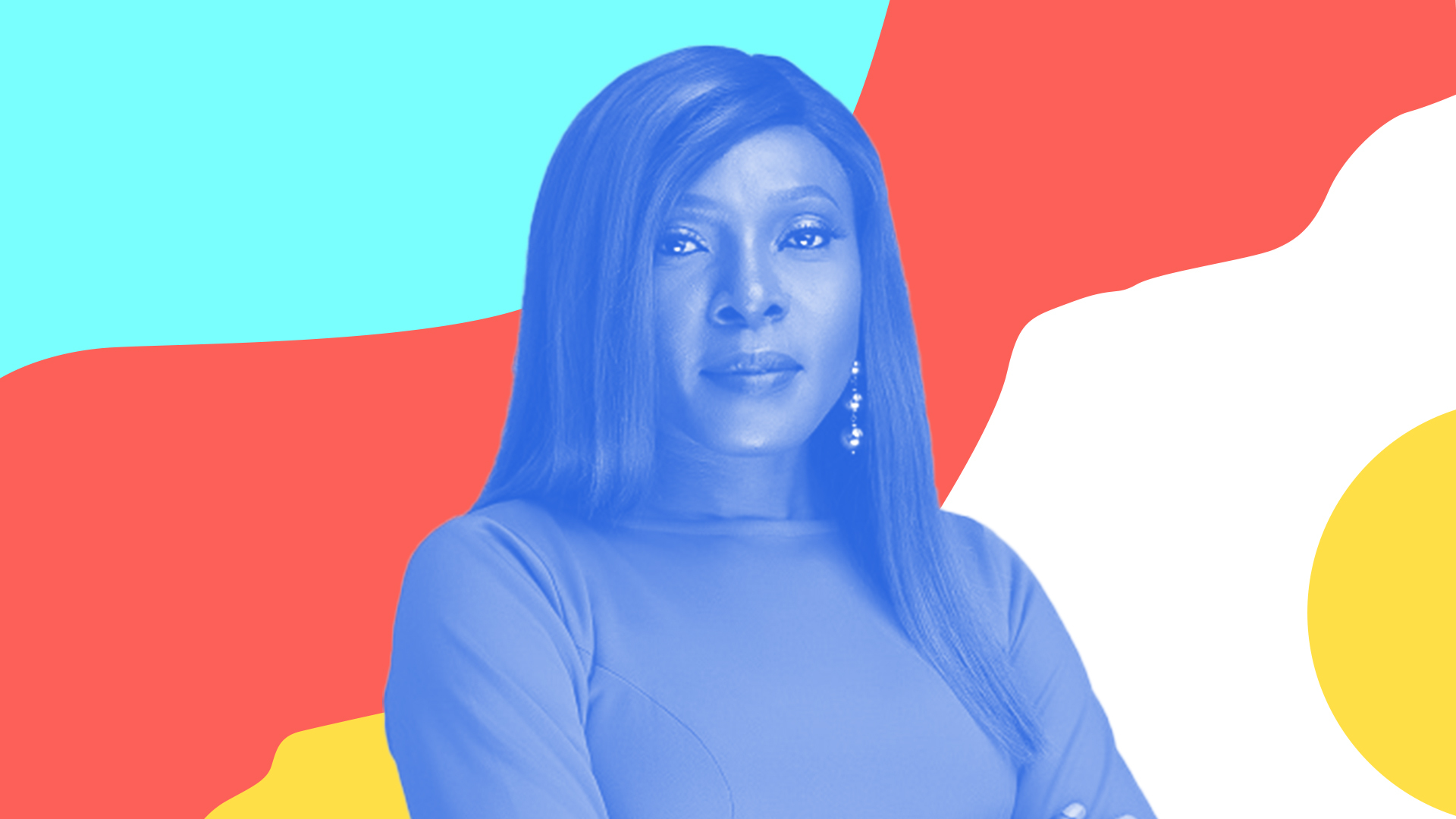 Tech executive, author, speaker, there are many ways to describe Jane Egerton-Idehen, who has spent nearly the last two decades working across different roles in the telecoms sector and currently leads West African operations at Avanti Communications, a UK-based satellite company. Hers is a story of resilience and unmatched ambition to leave behind unfortunate circumstances and a life of worth. This is her life in tech.

Jane Egerton-Idehen, Country Manager/Regional Sales Manager West Africa, Avanti Communications has an interesting grass-to-grace story. After months of persuasion from her daughter and encouragement from an online community with whom she shared excerpts, she’s put nearly two decades of experiences as a top-tier executive in the telecommunications industry, wife and mother to two children into a book Be Fearless: Give Yourself Permission to Be You.

On the day we met for our interview, she was attempting to resolve an Amazon glitch that was preventing readers in certain regions from purchasing digital copies of the book.

“I am an avid reader of books, you can tell by my collection of books but I was never really a writer,” she began pointing to a stuffed white floor-length bookshelf across from the sitting room.

Juggling work, family and travel was difficult, but on an extended leave, with more time on her hands, she began writing the book sharing excerpts on LinkedIn along the way. The feedback was encouraging and on days when an all too familiar writer’s block hit or muses were nowhere to be found, leaving a vulnerable account of her journey from the slums of Ajegunle to the Country Manager of a UK-based company with operations in the Americas, Europe, the Middle East and Africa for her daughter, Sarah, was incentive to trudge on.

“I was looking for a way to share these experiences with her. I wanted to leave a legacy with her so if I’m no longer here, she understands the journey and she learns from the journey,” says Egerton-Idehen.

What do you want to say to Sarah? If Sarah was here, what would you want to say to her?, she would ask herself when the dry patches came and this was often the clarity and vulnerability she needed to get through with writing the book which has made some Amazon bestseller lists since it was published in March.

Ajegunle, one of Lagos’ most popular slums, is an ironic manifestation of its name, a Yoruba phrase meaning ‘wealth has landed here’. It was in this slum that Egerton-Idehen spent 27 years of her life, she says. With parents who wanted a better life for their children and were willing to borrow and sacrifice in innumerable ways for them, educating her, while challenging, was never in question.

“I was fortunate enough to get into one of the federal girls colleges and my dad had to borrow the first school fees to get me in,” she recalls.

In college, meeting girls who were from more economically advantaged families and hearing them share stories about engineer fathers and career possibilities that she wasn’t exposed to fuelled aspirations for a better life.

Egerton-Idehen went on to study Electronics Engineering at the University of Nigeria (partly because she overheard a woman tell her mother Engineering was a difficult course) and has since studied at Yale, Harvard and the University of Warwick where she obtained a Masters in Business Administration.

Her first job, managing Satellite Links as an Earth Space Engineer was a serendipitous opportunity that came to her through the advice of a kind secretary after weeks of scouting Lagos in search of a job. But prior to actually landing the role, she spent a month cloning and selling computers at another firm within the vicinity to make enough money to continue to transport herself from Ajegunle to the island where the company was located.

Ambitious and single, she poured herself into the role relieving her colleagues of their shifts when they needed to take care of family or personal matters.

“I was literally sleeping in the office,” she says.

She moved to Ericsson after about eight months at the company. She had seen the job ad in a newspaper and had applied because it seemed to be the beginning of a more defined career path and she wanted to test the waters.

“I wasn’t too sure about working with them because it terms of earning capabilities, it was the same [with her previous role],” she says

She ended up spending seven and a half years at Ericsson climbing from Product to Sales to Account Manager; went on to Nokia Siemens Network at the time where she spent two years before returning to Ericsson for another five years, moving from Senior Account Manager to heading the company’s business in Ghana and Liberia.

Her job swings between client relationships as well as ensuring that the business operates in accordance with government regulations and policies across all locations under her leadership.

“The funny thing is I’m the only woman in the office,” she adds.

Now at what we might consider as the helm of her career journey, Egerton-Idehen is dedicating her time and resources like her book to helping and encouraging more career women especially into the technology industry where there are so few of them.

Access is increasingly there at the beginning, no doubt. Our Nigeria Women in Tech Report shows that more female undergraduate students are opting for STEM courses of their own volition however, retention is still a huge challenge for many social and cultural reasons. It is tough to combine building a career with nurturing a family, especially a young one. Companies that are serious about diversity, and everyone should be, she argues have to consider how simple changes in work schedules or leave policies can have a huge impact in keeping women long enough to fill mid and senior roles in their companies.

“We tell women to do things like exclusive breastfeeding but it takes a lot to breastfeed a child only for a couple of months. It means pumping milk even when you’re in the office and sometimes we don’t even make it conducive for women,” Egerton-Idehen says.

“There’ve been cases  where we had women, and I have, pumped milk in the toilet because there was nowhere else to do it.”

Providing facilities like a nursing or daycare center for days when there’s a crisis and a woman  cannot leave her young children with anyone, can and does make a lot of difference.

Telecoms industry evolution over the years

After almost 20 years working in various roles with the sector, Egerton-Idehen says the telecommunications sector has evolved greatly. From barely 1.5% in 2002, the sector now contributes to more than 10% of the country’s GDP.

“As at the time we started it was negligible. I don’t think we counted, it was literally oil-driven.”

“So traditionally, satellites have been bulky but it no longer is and is quite affordable.”

As these changes happened and the sector evolved, regulations have become a lot stricter and in her opinion, has resulted in companies being less aggressive with operations. Repetitive access fees and a new crop of users who are no longer passive about the services that they desire and receive have had both a useful impact in introducing healthy competition in the sector but also posed challenges compared to the way things were in the early 2000s.

“What we’ve noticed is a lot of churn because now people have options,” she says.

“Before they’d call you and try to fix the problem, now they wouldn’t. You have to call them when you notice they haven’t recharged in a month or two.”

“Before you could just dig the ground and lay your fibre cables. You could go to a place and erect a mast after conducting a survey but people are more aware and want compensation for these things,” she adds, changes that are all welcome to protect consumers but which has become detrimental to the telecoms operators who have to pay multiple fees to different government agencies for the same things.

The dearth of diversity in the sector still remains a challenge and it needs to be addressed as the sector continues to grow Egerton-Idehen says.

“You want to diversify the sector in a way that brings profitability because you can have diversity of thoughts, diversity of experiences, diversity of functions and all these add value to the way we deliver services to the general public.”

Avanti Communications, like a few other telecoms has said it is ready for 5G technology which has met with a lot of controversies in the past few months around the continent especially in light of conspiracy theories surrounding the coronavirus pandemic. Already, the company is actively testing 5G applications over its satellite network.

“Even though we can give the bandwidth, there are no terminals to consume that,” says Egerton-Idehen adding that the successful adoption of the new technology is not going to be the responsibility of a few players.

“An operator can have a 4G license, but if they don’t have subscribers in the network with the 4G terminal, it doesn’t make any sense.”

“It takes an ecosystem. Operators have to have the spectrum which they really don’t have because some of them are still rolling out 4G; the vendors have to have 5G-ready phones and they have to be affordable, so you need all those moving parts to roll out 5G.”

The other aspect of that is the consumers and their willingness to adopt it.

All these will factor in not only how readily the technology is deployed given how expensive it is, but also its adoption and how quickly consumers will find use cases for it.

Egerton-Idehen says she’s a strong believer in the idea that she has gotten a lot of “angels and support” along her journey and has made it a lifelong mission to give back and positively influence young women in her  immediate and extended environment through mentoring, speaking engagements, career talks and now her book.

“I always imagine that it could’ve been my younger self  in that crowd and perhaps, that is all I needed to hear for that day to keep me going,” she says.

“That drives me to do some of these things I do.”