The long road to paywalls in Nigerian media 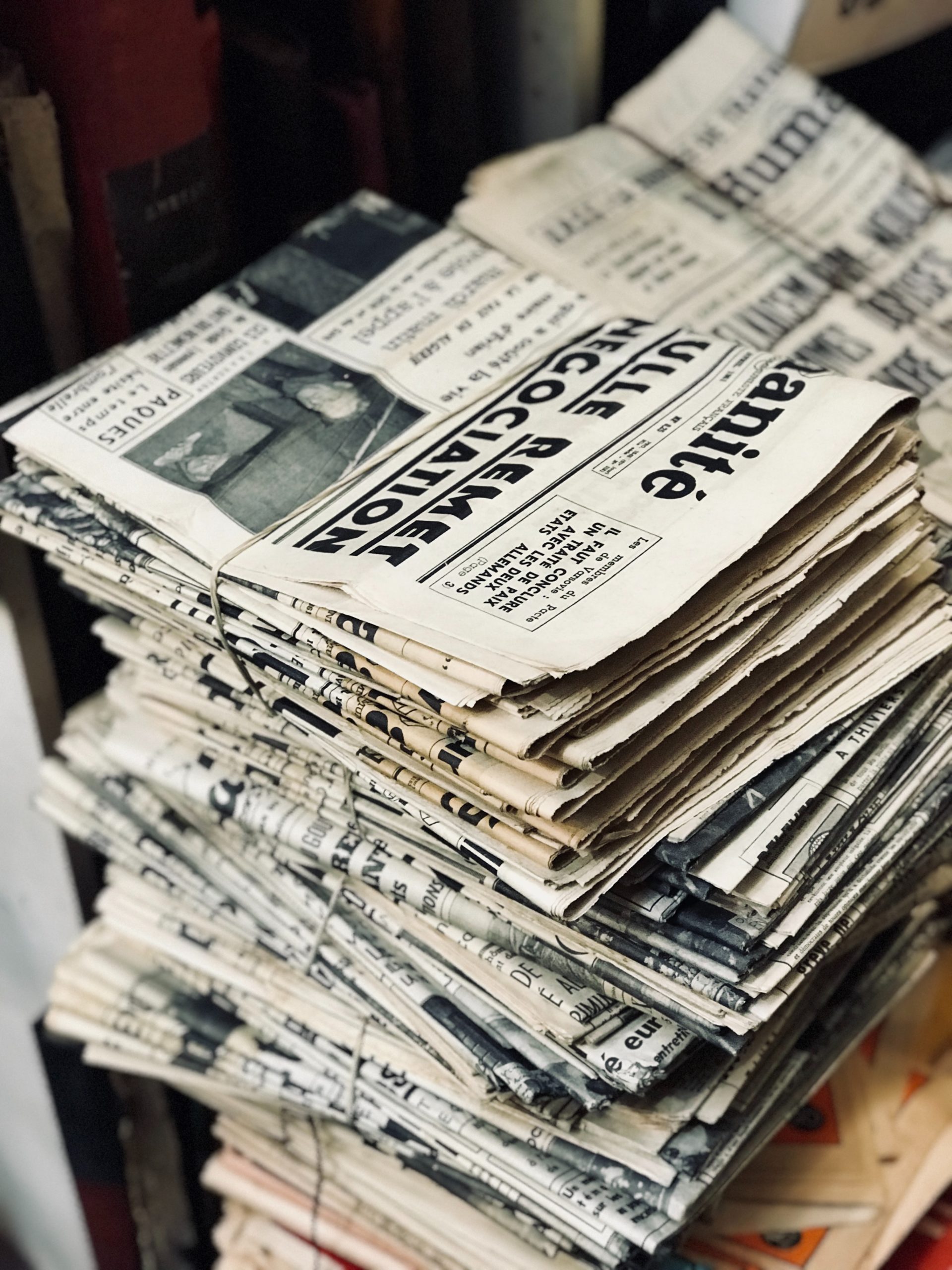 The Nigerian media space has been slow to come to the conversation about paywalls and revenue. But these conversations are now happening as some newspapers think about the future.

Nigeria’s traditional print newspapers have all but faded from public consciousness. It is surprising for a sector that, globally, has at many times served as a public watchdog. From the start to the peak of their powers, Nigeria’s newspapers have always had a mission.

For Iwe Irohin, Nigeria’s first newspaper, it was to “engender the habit of seeking for information by reading.” Azikiwe’s West African Pilot railed against colonialism, much the same as Daily Times under Ernest Ikoli.

Guardian and TELL fought Nigeria’s many military rules. But it is not these sentiments alone that gave newspapers their relevance, it was the limited number of players in the newspaper space.  Print media is an expensive venture with a high barrier to entry. Whoever could scale that cost would be one of the few newspaper advertisers could go to.

But the internet has since disrupted the Nigerian business landscape. Where news outlets with prohibitive costs of entry were once few, today, anyone can start a news business.

“In the past, we knew all our competitors. “[Today] you cannot name all the news outlets that exist. The landscape has changed.The consumption pattern has also changed and we’re learning to take the news to people where they are” -Lolade Nwanze (Former head of digital, Guardian Newspapers).

Anyone can start a media business

The internet changed the notion of scarcity that newspapers once enjoyed. In its place came a flood of online news outlets that could churn out news as it was happening. You no longer need to wait for a newspaper van to travel 6 hours from Lagos to bring you the news.

They are one-man operations: reporters without beats who made short work of 300 word articles.

They covered every story, from politics to sports, entertainment and metro. But some others tried their hands at niche blogging. In the end, it was the generalists who survived.

Their thinking was practical: write on as many trending topics as possible and gather all the eyeballs you could. A few of these first wave online news outlets became popular and for the first time, put print media on the back foot.

While print continued to bask in their advertising revenues, a new stream of digital revenue had opened up for the online upstarts. The 20-something-year-old entrepreneur could now make dollar revenue from AdSense.

Many also had considerable social media presence and could promise advertisers visibility. Post 2014, they delivered trending hashtags before Twitter tweaked their algorithm and gamed impressions. In a few short years, the Linda Ikejis and NotjustOks had become the face of the online media business.

Yet it would hardly spell an end to print media, a sector that had survived for years through resilience.

Beating them at their own game: print media moves online

Despite years of experience running newsrooms and having more professionals on payroll, traditional media houses decided to use the same playbook as their newer counterparts.

Aanu Adeoye says, “the traditional gatekeepers of journalism (newspapers) in this country don’t give a hoot about the quality of what they’re churning out daily.”

In a few years, stories from Nigeria’s top newspapers looked as hurriedly written as stories from blogs. It had become a game of who could break the news the fastest and who could churn out the most news.

Nigerian traditional media beat the upstarts at their own game and occupied spots at the top of Nigeria’s most visited websites. But the true cost of this pyrrhic victory was quality control.

The hard fought win would also meet some newer realities. With circulation for print going to the gutters, there was an equal fall in advertising revenues. The revenues from digital would also necessarily fall, with competition remaining stiff and platforms like Google and Facebook taking the chunk of the ad revenues.

It meant that Nigerian newspapers were late to the global discussion of  creating new and innovative revenue models.

“Yet in the face of a worldwide threat to their industry, Nigerian newspapers are failing — due to ineptitude or a lack of willpower, or both — to adapt to meet new demands. The worrying thing is it’s at the simple things they’re failing at…their websites are a smouldering mess of low-res images and retardation not fit enough for a personal blog, let alone the digital arm of a national news provider.” – Aanu Adeoye

COVID-19 forces a reckoning in the Nigerian media space

If newspapers could pretend for years that all was well, COVID-19 forced a reckoning.

A memo which was sent by the management of Punch Newspapers to members of staff was leaked to the press. It is the clearest picture yet of the situation.

“This pandemic has dealt with our business telling and severe blows. Our circulation and advertising revenues dipped dangerously, compounding the operational and revenue challenges birthed by the migration of a majority of print newspaper readers and adverts to digital platforms.

“I am not at liberty to disclose all of the measures that the management has taken so far. But the ones that could be made public include an immediate reduction in print pagination; staff furloughing to comply with government and expert advisories on social distancing; the temporary shutdown of the sports newspaper; and significant financial reengineering.”

Presumably, one of the company’s responses to the threat of falling revenue is the new move to digital subscriptions.

Punch has now launched an ePaper with subscription plans

Punch will now join the small group of Nigerian online news outlets that are pushing ahead with subscription plans.

TechCabal reached out to a Senior Correspondent at Punch as well as the organisation’s head of digital to try to understand their new move to subscription plans. But we were told that members of staff at Punch do not speak to the media.

The reluctant move to paywalls

Conventional wisdom is that getting Nigerians to pay for news online is difficult. It’s not a difficult argument to make given the state of the Nigerian economy as well as a reluctance to pay for online content.

Yet, prevailing realities suggest that media businesses must find a way to encourage users to pay.

There’s a common theme among outlets setting up paywalls. First they put out high quality content for free for a while and they show the wider public the value of their analysis. At some point, they are secure in the knowledge that they have hit a value metric and they’re sitting on a product that is valuable.

When you have a valuable product, it’s only natural that you commercialise it and charge a premium since you’re filling a gap in the market.

In a sense, it might show that the newer players have a better understanding of what it means to build a paying audience online.

Even though all these players are putting up paywalls, their strategies are different. The traditional players like Punch and BusinessDay provide a replica of their print newspaper when you pay for their subscription.

But the big question is how Punch hopes to convince people to pay to read news they can find elsewhere for free. BusinessDay’s subscription offerings also fall within the realm of “news people can find elsewhere.” But they throw in promises like “podcasts with influencers” as a membership perk.

The subscription numbers for both publications are not public, so it is difficult to make any declarations.

But here’s something niche online offerings seem to understand: in an era where news is abundant, people won’t pay for news they can find elsewhere for free.

According to Stears Business: “we have been driven by a simple promise: to provide original, analytical, well-written stories that make sense of the Nigerian economy.”

This promise of analytical stories instead of around the clock news that can lose relevance in minutes is what connects Stears, Afrobeats Intelligence and The Republic, despite their different niches.

But domain knowledge is only one half of the equation. The more important part is how to work from that knowledge to building a community of paying subscribers.

According to Joey Akan, a music journalist and the author of the Substack newsletter, Afrobeats Intelligence, credibility is everything. He banks on his experience in covering the music industry in Nigeria and the trust he has built.

He tells TechCabal, “I have always had an audience from covering the music industry and getting published in international publications. I’ve built an audience who trust my knowledge.”

The idea of driving a paying audience by showing domain knowledge is also shown by IrokoTV’s Jason Njoku who published content around business intelligence for years.

Becoming an expert also means you can build a paying audience off the force of your personality. Akan admits that “people are paying because they connect with me.”

His subscribers come from all over the world and while he has Nigerians as part of his paying audience, he admits he would love to have more of them.

Yet, not having a ton of readers from your home country may not matter much. While the internet allows you to build your readership around the world, the bigger opportunity will lie in creating other revenue streams.

If your news outlet’s value is obvious enough to commercialise, there’s no doubt that innovation will take you down the path of other paid service offerings. So, while the road to paywalls has been a long one to arrive at, there’s no doubt it will be a precursor to other opportunities for fast thinking media outlets.