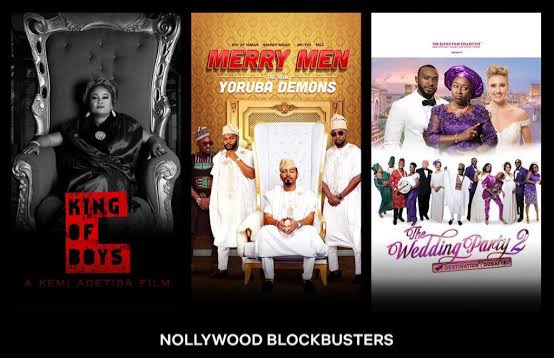 “In the broad national interest, exclusivity of sporting rights in Nigeria is prohibited,” is section 6.2.8 of amendments to the sixth edition of Nigeria’s broadcasting code (PDF).

The code goes ahead to state in 6.2.5 that “rights owner to live foreign sporting events shall offer the rights to Broadcasters on the different platforms stated.” This aspect of the regulation, will pry exclusive content from the companies that pay millions of dollars for them.

Nigeria’s National Broadcasting Corporation says that it is doing this to promote “effective competition in the broadcast industry in Nigeria.”

It is curious that in its drive to enforce competition,  NBC acts like it doesn’t realise exclusive content is how payTV companies justify their value to subscribers.

DSTV’s “monopoly” and government’s right to break it

In Nigeria, there is considerable public sentiment against DStv that dates back to 2014. Yet, it has remained popular thanks to years of exclusively buying rights to foreign live sports events.

On the one hand, many believe that DStv’s subscription fees are steep, despite the fact that Nigerians pay some of the lowest tariffs in Africa.

This belief is so popular that when DStv implemented the Federal Government’s new VAT, it led to a social media outrage, with many calling the company insensitive.

Another popular belief is that DStv is a monopoly that has prevented other local players from finding success. Yet, there is no monopoly in the Nigerian pay TV market as competitor, StarTimes has 4 million customers in Nigeria.

The real issue is situated elsewhere; in DStv’s vise-grip on exclusive rights to some of the biggest and best sporting events. It has allowed the payTV operator charge premium prices and many see this as monopolistic and unfair.

According to this publication:

“Last month, the Federal Government decided to break the monopoly of Digital Satellite Television (DSTV) over the broadcast of some programmes in the country….That it took so long to deregulate the DSTV monopoly is shocking.”

That the new broadcasting code mentions prime sports content and prohibits their exclusivity is the clearest sign that DStv is the real target of some of the new regulations. Now, they will be forced, under the bizarre new regulations to share these rights with other broadcasters.

They will also be forced, under new regulations to acquire “prime local sports content of the same category with a minimum of 30% of the cost of acquiring the prime foreign sports content.”

It is mind boggling that NBC is dictating to pay TV operators where to spend their revenues. But it doesn’t consider the fact that Broadcasters pay for sporting rights that are valuable.

Yet, the regulations do not stop there. It goes ahead to spell out how sub-licencing these rights will work and even determines pricing as seen in section 9.1.1.2 (PDF).  It also sets a fine of ₦10 million for broadcasters that “prevent competition in Nigeria.”

Jason Njoku, the founder of IrokoTV has railed against the regulations, citing the far reaching implications for pay TV providers as well as VOD companies. Multichoice said in February that it continued to engage with the government over the regulations.

But the government insists its heart is in the right place.

The President’s special adviser on media, Mr. Segun Adeyemi, was quoted in January as saying: “The regulation prevents the misuse of monopoly or market power or anti-competitive and unfair practices by a foreign or local broadcaster to suppress other local broadcasters in the television and radio markets.”

Beyond exclusivity, another worrying aspect of the 6th edition of the broadcasting code is the reintroduction of a fine against hate speech.

The protests against NBC’s plans to introduce a fine against hate speech are well documented. While stakeholders say three were no consultations, the Ministry of information and culture says there were stakeholder meetings.

In a press briefing on Tuesday, the minister for information. Lai Mohammed said there were “wide stakeholder meetings and discussions on virtually all the provisions of the 5th edition, which was now reviewed as the 6th edition.”

He also noted that one of the most important parts of the 6th edition’s code is the law raising the fine for hate speech from ₦500,000 ($1286) to ₦5 million ($12,869). Despite such a problematic move, the ministry has hardly identified what constitutes hate speech.

The introduction of the fine against hate speech is one of many attempts from the government to censure public discourse. Interestingly, Lai Mohammed acknowledges the opposition to the 6th edition’s codes and closed out his press briefing by asking stakeholders to engage regulators.

“For those who still have misgivings about the amendment to the 6th Edition of the Code, we expect you to meet with the regulator and present your views.

As I said, there are opportunities for constant review of the Code, but please note that this latest amendment is signed, sealed and delivered.”