Want to come home? This startup is helping diasporans return to the African continent 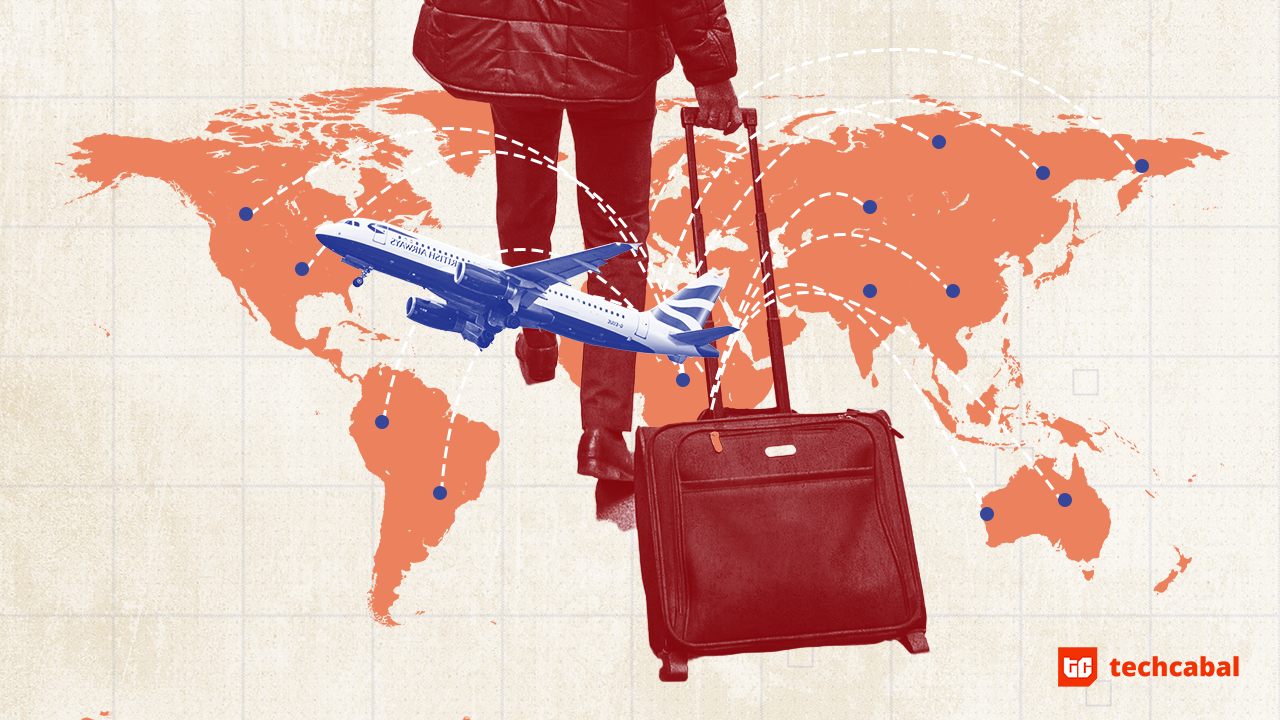 Two years ago, according to a Pew Research Center study, about 45% of Nigerians had plans to leave the country within the next five years, more people than in all other surveyed countries. Many cited the grim economic and political future of the country. Some cited security concerns. If this survey were to be conducted at this time, with the events of October in sharp focus, perhaps this number will double.

The last two weeks have seen nationwide protests originally against a brutish police unit but which quickly progressed into a demand for better governance in a country where 82 million (about 40%) live in poverty, unemployment rate is above 30% and inflation is on the rise (13.2% as at August, the highest in a little over two years).

Compared to about a decade ago, there are now more accessible tools, information or services able to make this movement a reality legally or otherwise for the many seeking better quality life far away from home.

For this startup, the opposite is the case. Founded in 2014 by Oyin Solebo and Charles Sekwalor, Movemeback does as its name implies. The community platform helps African diasporans return to the continent connecting them with relevant career and entrepreneurial opportunities as well as social communities that make moving to a new location or moving back after a protracted period of time less lonely.

“It’s grown beyond a diasporan platform. We have about 50,000 members in our community,” Solebo tells TechCabal.

“50% of our members are based in Africa and these are individuals finding opportunities within or outside their home countries,” she says.

The other half come from outside of Africa comprising 5% of non-Africans who are interested in and passionate about working on and with the continent. Altogether, 170 countries from around the world are represented in this community.

According to Sekwalor, who was born and raised in the United Kingdom, finding and accessing opportunities and the internal disconnect among various parts of the continent are some of the issues facing the Africa-rising phenomenon in addition to the narratives about the continent within and outside its borders. Through these three key areas, Movemeback is seeking to address these issues in a way that is substantive and very felt.

“We are focused on building a platform that delivers on all of that and we see it as an African platform, a platform that at some point in the future will be a default over a Facebook or Google, the place where people will come to do meaningful things and find opportunities and collaborate with one another and building the continent,” he says.

Sekwalor and Solebo met at during an undergraduate program focused on ethnic minority leaders and stayed in touch afterwards. But they first became work partners in 2009 when the recession happened and worked together building out many different projects: ebay for rentals, democratising access to fashion, an Uber-like business, before reentering to the corporate world.

Sekwalor, a Ghanian by heritage, was always interested in building things. A graduate of Engineering and Management from Imperial College, he worked with Accenture, driven by the desire to work on big problems and to travel, as well as Tesco and McKinsey & Company.

At the core of the businesses they were building was always the focus on developing the continent in a way that they found sustainable and community building. So in 2012, they bought a one-way ticket to Nigeria

“I was surprised by how challenging it was to find the right opportunity that made it make sense for us to move back despite the fact that we came with the network, the work credentials, the work experience, and despite the well documented need for more skills in the African continent,” Solebo says.

A graduate of Economics at the London School of Economics and with an MBA from the London Business School, Solebo was born in the UK and worked as an investment banker with a team that spun out of Goldman Sachs.

For many who decide to move from the Americas or Europe, the question is always about finding possibilities that make such a life-changing decision worthwhile and Movemeback has been able to provide a large number of people with these kinds of opportunities many of which have been in sectors experiencing some disruption. Like technology.

Movemeback helped Kwehnui Tawah land a role at  Jumia Kenya where he served as the Head of Jumia Global and Computing for Jumia Kenya before moving to Sokowatch. He was previously at Goldman Sachs in the US before then. Ousmane Seidy Diallo who was previously based mostly in the US, was able to secure a role as Head of Tech at Easy Solar through the Movemeback platform and now shuttles between Sierra Leone and Liberia. There are hundreds, perhaps thousands more of similar stories.

The community is free to join and the platform free to access. Job opportunities, scholarships, accelerators and other such programmes are curated in-house according to Solebo necessary to ensure the legitimacy of the roles. It is not uncommon to get roped into a hoax when trying to move to a new place for lack of quality and genuine information.

“What we’re seeing, which is interesting, is that now we’ve got this strong community of credible individuals who are and want to make an impact and see there’s a great opportunity for them to start bringing onboard their [own] opportunities,” Solebo says.

“At the moment we have this section of the platform which is called Collaborations and that is the way through which members are bringing on board more informal opportunities” from finding co-founders to business partners and investors.

Speaking more broadly, the community also comprises large corporates or organisations who are led to the community by the quality talent that has been drawn to their business and want to continue utilising the resources that the platform provides as they expand their work on the continent.

“We have relationships with a number of organisations,” says Sekwalor.

“Over the years we have built relationships with somewhere in the region of 700-800 leading companies or institutions so they are also contributing to this pool of opportunities.”

This is also how the startup has been able to generate revenue having bootstrapped in their earlier years.

“We are targeting triple digit growth over the next 18-24 months,” says Solebo.

For many who are seeking every possible means to exit countries like Nigeria or the continent entirely, it may seem inconceivable that there are people who are actively looking to return. Where is that disconnect between the opportunities those outside looking in see and the draught those inside experience?

According to Sekwalor, it is important to emphasize that there are immense opportunities available on the continent. What is missing however are: accessibility, finding high quality opportunities aggregated in a way that is useful (there is something to say here for the disjointedness within the continent in terms of access to information and movement), and education.

For parents with young children or young adults looking to further their careers, the quality of education available in their immediate environment is a big factor in deciding to remain or  move. This is even more so among individuals in lower levels of society who are not socially mobile and dream of making the reality of their next generation different, better. As long as the quality of education remains subpar, people are always going to want to leave to places where they can get more quality education and the edge that accords them in the grand scheme of things, he explains.

“We are not directly looking at education but we are looking at the direct transfer of knowledge through mentorship. That’s something that will play a significant role,” Sekwalor adds.

Something else that is quite familiar are the preferences for Western ideals that automatically throw an uneven playing field underneath everyone. It is choosing Western university educated graduates or individuals with certain types of accent over another who may be equally talented but has none of the aforementioned. Understandably, there’s something to say for the quality of education and the experiences that such privileges confer but sometimes, it does present a lot of inequity and inaccessibility for Africans who live in the continent and are competing for the same opportunities as their Western university educated counterparts.

Both founders say the platform champions equity, fairness and a level playing field for all of its members.

The coronavirus pandemic has disrupted much of global work culture and this has been beneficial for a segment of the mandate at Movemeback. With physical borders tightened and digital borders widened, organisations have found themselves hiring permanent staff or interns from countries that they would normally not have considered.

“What we see a lot of the time is that when organizations say there isn’t talent, that’s not the truth. It’s just that that talent is hidden and they can’t necessarily find the pockets of individuals that really align with the skills they want. Or they haven’t necessarily disaggregated that opportunity,” Solebo says.

For her, one of the most exciting stories that have come out of the platform recently is the collaborative effort of some community members that have resulted in the founding of a consulting advisory firm.

“Most of the stories you cover on TechCabal will potentially have, in some shape or form, people who are Movemeback members,” Sekwalor adds.

In the next six months, there are plans for a full platform relaunch that will better and fully convey the range of what is available and possible through Movemeback including all the ongoings and customisations that happen behind-the-scenes at the moment. Having been selected to take part in The Future is Female Mentorship programme organised by public relations firm C. Moore Media, Movemeback will gather PR and communications insights, knowledge, and skills to gain more visibility for their much-needed solution.

There’s also the goal to push for more movements that not only end with one person but have the potential to scale and create value and opportunities for many more.

“We actually have a target of enabling the creation of 500million jobs by 2036,” says Sekwalor.

In addition to this, challenging the perception of the talent pool as more authentic depending on whether it is within or outside the continent, what a job opportunity truly means and refocusing the job market on the individuals not organisations are some of the other areas Movemeback is looking to redefine.