Why three of Nigeria’s banks are restructuring to holding companies 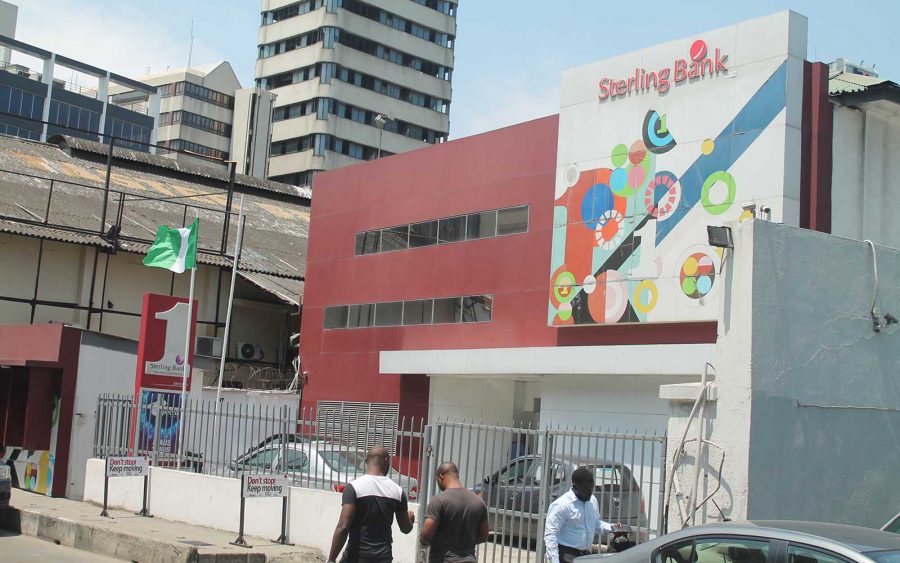 In 2020, there’s a new trend happening in the Nigerian banking sector. After prioritising their core banking services for nearly a decade, some Nigerian banks are restructuring to diversify their revenue base and remain competitive with other financial services. With this drive, some banks are adopting the holding company structure.

Now, to be clear, holding companies are neither new nor rare among Nigerian banks. It dates back to 2011 when the Central Bank of Nigeria (CBN) forced banks to give up their non-banking businesses or restructure into a holding structure. The regulator, like its peers globally, believed that it was an important risk management strategy to separate lenders from entangling with other financial services like insurance or investments.

Following that regulation in 2011, several banks — UBA Group, First City Monument Bank (FCMB), Stanbic IBTC Bank and FirstBank — adopted the holding company structure. The decision was simple if the other businesses represented a sizable percentage of the bank’s revenue.

In the last seven months, three more banks have made strong moves to restructure into holding companies. GTBank, Sterling Bank and Access Bank have either secured or are in the process of securing regulatory approvals for their (HoldCos).

The news caused a sensation. Typically, commentators on social media assumed that these banks simply want to compete against fintechs and are shrugging off the traditional barriers that have held them back for so long.

On the one hand, this argument is true, particularly for GTBank. TechCabal has written extensively about GTBank’s CEO, Segun Agbaje’s ambitions for the bank.

But for Sterling Bank’s and Access Bank’s HoldCo ambitions, things are less obvious.

“We want to be present in 22 countries over the next five years,” Herbert Wigwe, Access Bank’s CEO told Bloomberg in March. “And the idea is to be present in the large trade corridors of the continent.”

At the time the bank said it would expand to South Africa, Kenya, Mozambique, Angola and francophone Africa.

Payments and fintech services are also important to Access Bank’s future, Wigwe shared. “[Growing customer base and] Payments, innovations are a couple of things that we’re driving and in that space, you will see a few things come up over the weeks… For us, that’s what is important and that’s what’s going to drive our growth.”

For Sterling Bank, the HoldCo structure supports a different kind of ambition. The bank’s Managing Director, Abubakar Suleiman explained to TechCabal that he is not looking to compete with fintechs.

“[W]e want to be number one for risk underwriting,” Suleiman said on the call. “We want to develop a capacity for risk underwriting at a level that no one can compete with. That’s our intention. I think the role of the bank above all else is to underwrite risks so that capital can flow and the economy will grow.”

Sterling Bank says the HoldCo route will help channel its focus on wealth creation and the use of technology to improve lending and investment opportunities for customers.

“Our end-to-end plan is that we want to significantly leverage technology to become the major financial adviser and lender in specific sectors,” Suleiman tells TechCabal.

“And the reason we’re leveraging technology is that we feel that it is very difficult for a bank to make money unless they actually help the customers to create wealth.”

This emphasis on wealth creation and lending is not just a core focus on the bank in recent years, it was the focus on the Sterling Bank when it was founded 60 years ago.

Incorporated in 1960 as Nigeria Acceptances Limited (NAL), the bank was licenced as an investment bank in 1969. NAL was mostly foreign-owned and was focused on wealth management, corporate finance and international trade.

In the 1970s it became a state-owned bank following the indigenization decree of the country’s military government. Although it started trading on the Nigerian Stock Exchange in 1992, it became fully privatised in 2000 after the government sold its stake.

Until the early 2010s, Sterling Bank had operated other financial services beyond core banking. It secured a Universal Banking licence in 2001, allowing it to operate four subsidiaries.

Following the modification of the universal banking licence, Sterling Bank divest from its five non-bank businesses in February 2011 and secured a national commercial bank licence. In the same year, the bank strengthened its position by acquiring Equatorial Trust Bank, whose majority shareholder was billionaire Mike Adenuga.

Abubakar Suleiman who worked at Trust Bank Africa joined Sterling Bank back in 2006 after their merger. He has played critical roles at the bank including leading the integration of Equatorial Trust Bank following the merger and championing Sterling Bank’s push into non-interest banking.

Suleiman was appointed CEO in April 2018. Since then, the bank has developed a strong digital playbook.

Unlike Agbaje at GTBank, Suleiman is not interested in the payments business. As a philosopher-banker, he believes that the focus on payments is exaggerated. The margins are small, space is crowded and the competitive and regulatory environment means commissions and revenues will continue to drop.

“Let’s be honest, even if you own 100% of the payments in Nigeria, how much is that?” Suleiman asked during the call with TechCabal. “It’s not that significant especially when the fees on payments keep declining.”

“The reason people were excited about payments was that it enabled them to hold deposits. That’s really what was driving that, not because payments itself had a significant return.

“But when you get to a universe where deposits are no longer as scarce as they used to be, where the rates are low and you’re no longer getting all those risk-free returns on transactional deposits then you really have to ask how am I going to make money?”

“You can only make money then by creating wealth,” he concluded.

Sterling Bank’s wealth creation focus is driven in two directions. First, use technology to make better lending decisions and support certain industries that are critical to the rest of the non-oil economy.

In early 2018, the bank unveiled Specta, a digital lending platform available to customers of any bank. Between February 2018 and mid-2020, Specta disbursed loans worth over ₦70 billion. This is almost two times bigger than the ₦36 billion loans issued by Carbon, one of Nigeria’s biggest fintech startups. Specta has also managed to keep non-performing loans small, improving its benefits to the bank.

“What is driving our fintech engagement is really the sectors of focus,” Suleiman told TechCabal. “So rather than fintech within finance which is sometimes in view overrated. It is tech within the other sectors that would really create value.”

The bank believes by supporting these sectors and actively developing financial services for them, it will have a positive impact on the economy and wealth creation.

“We have to go there and look at [for instance] the agriculture value chain end-to-end and by virtue of solving problems across the value chain, we then realise that we create a much more prosperous industry. And in that process, you can then earn.”

He explains that the commercial banking licence may not be able to fully support this approach. “So I started rethinking platforms that would enable me support those sectors in ways that are beyond banking. And hence the need to start thinking about the holding structure.”

The HoldCo structure would also boost Sterling Bank fintech plans in the long run. The bank says it will develop more fintech products and will also partner and invest in other companies developing products for the HEART sector.

“We have an economy that has a significant capital deficit. But more often than not, that deficit is not just debt, sometimes it is equity,” Suleiman told TechCabal.

“So yes we are going to get involved. There might be instances where there is just a direct equity injection into a small business that is just aligned with our objective.”

Other instances where the bank will invest equity in companies is transactional equity, where the bank invests in a particular trade and “we do it together and then we share profit at the end of the day.” 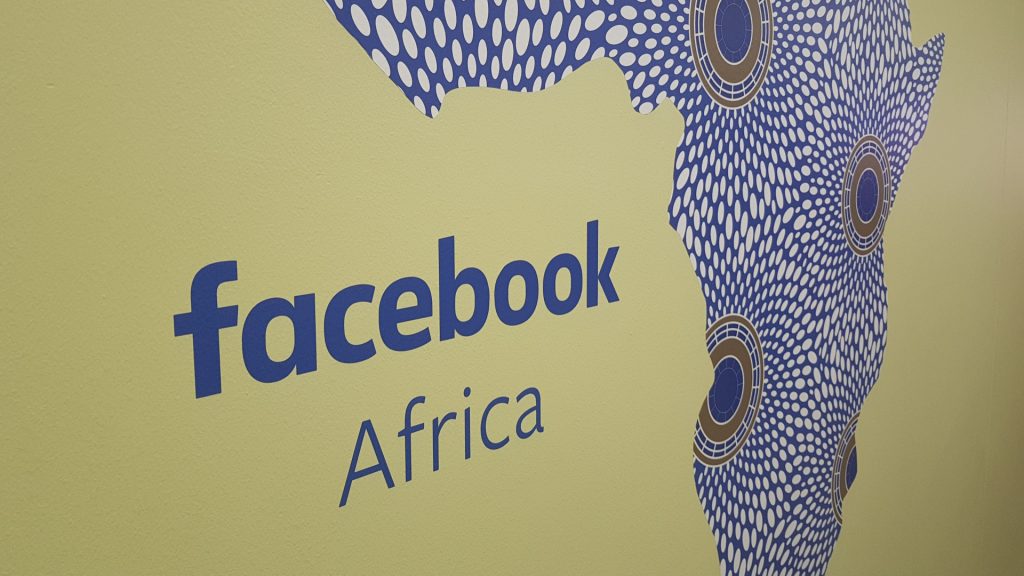