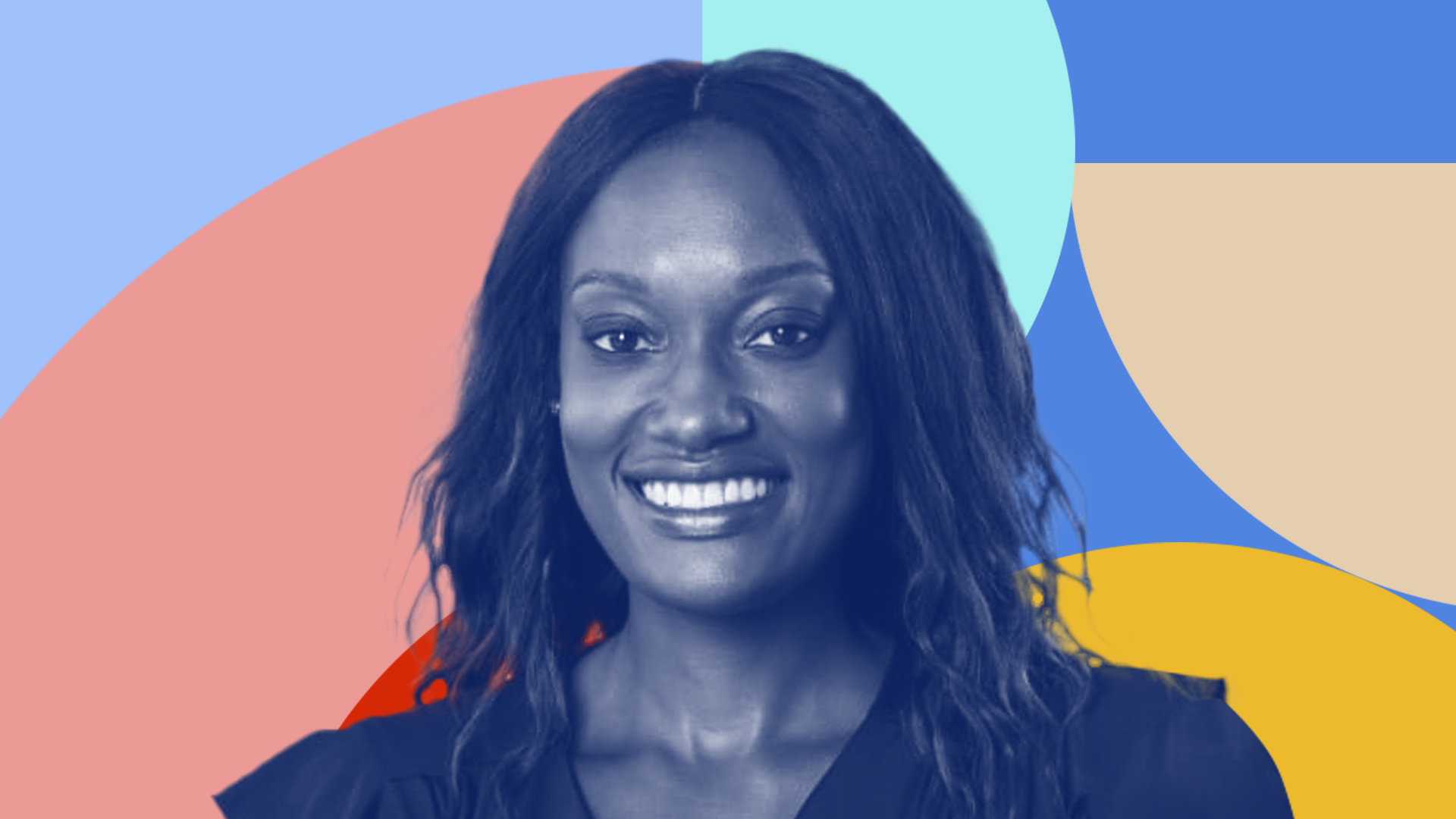 This week, Hannah Subayi, private equity, and angel investor shares her experiences with angel investing across Francophone and Anglophone Africa.  This edition has nuggets for new entrepreneurs as well as investors looking to begin their angel investing journey and why they should consider portfolios that span both regions of the continent.

Are you selling the right product to the right customer at the right price? This, Hannah Subayi says, should be the crux of every startup founder’s pitch when seeking funding.

It is oftentimes what an investor wants answered in the first few minutes of an interaction be it formal or informal. This question shows a founder’s understanding of three key areas: the need they are trying to address, an understanding of their total addressable market (TAM), and the solution this market needs and can afford.

Subayi is an associate principal at one of Africa’s largest private equity funds boasting a highly pan African portfolio across a number of industries from technology to retail and logistics. She is also among a team of angel investors behind Dazzle Angels, an angel investment firm looking to support more early-stage women-led or women-empowering startups across the continent among other things.

After about seven years at South Suez Capital closing deals all over the continent, Subayi says she was frustrated by the lack of diversity she was “seeing on management teams at the private equity level.”

“In my own personal capacity and with my own money, I decided that maybe I could try to change the landscape a little bit by becoming an active angel investor and focusing particularly on female entrepreneurs but also on male entrepreneurs and those in Francophone Africa,” Subayi tells TechCabal.

That was two years ago. For Subayi, choosing to venture into angel investing after years as a private equity investor wasn’t just about helping spur Africa’s economic growth by backing some of its most brilliant and driven ideas or entrepreneurs at their very early stages.

It has also been about keying into her curiosity and genuine interest in people, a tool she says every potential angel investor needs to be successful at angel investing.

“If you’re in for just the money, I’d say go buy Facebook, Google, any tech stocks, you will make maybe more money quicker without having to chase any entrepreneur,” she says.

“I love to find, identify talent, provide capital and see talent grow to create something out of the business, see it grow over time,” Subayi adds, and crunching the data or poring over legal briefs or policy documents are also areas she loves and excels at.

“I also tell entrepreneurs, I want you to be comfortable with me, the way I work and the value that I’m providing to your business and if you feel like I’m not the right type of investor for your business, please, by all means, run away and let’s not formalise anything,” she adds.

Nonetheless, there have been times when after investing intellectual resources, making available her network, dedicating time and doing her due diligence, an entrepreneur fails to offer any sort of formalised partnership.

“It can be a bit disappointing for an investor,” Subayi says, “But I’d rather have that than  force a relationship.”

Bridging the Francophone and Anglophone divide

As one who has been able to source for and close deals across the Francophone and Anglophone regions of the continent, Subayi says there’s still a lot of work that needs to go into bridging the communication gaps of the startup ecosystems in both regions, and the way in which they interact.

There is still some grey area as regards French-speaking parts of Africa and more investors are now beginning to see that in spite of subtle differences, the quality of ideas and businesses in both regions are on par. Founders are equally business savvy, talented and successful.

“I agree that in Francophone Africa, the diversity of ventures may not be as wide as in Anglophone Africa,” she says.

While one can see startups tackling identity verification or investing in cryptocurrencies, in the Francophone region, startups are still tackling more basic needs around education, healthcare, and trade. But it is also a reflection of the lack of economic diversity in many countries in Francophone Africa, Subayi explains.

“The ventures are kind of linked to what you see in the economy. If I take a country like Senegal, a huge portion of the GDP is generated by trade. That’s why you’ll see a lot of entrepreneurs launching solutions in the e-commerce segment.”

Funding is also not as readily accessible when both regions are compared although there has been an increased presence of accelerators, hubs and other such resources in Francophone Africa in recent years.

One aspect of these kinds of resources that seems to differ in the way they are approached in other parts of the continent is the focus on not only technology businesses but also on small businesses utilising technology tools and solutions in some areas of their operation.

Subayi says this is very critical because there seems to have become an inordinate amount of focus on startups to the detriment of technology-enabled small and medium scale businesses who also need all the resources they can get and contribute significantly to the economies of their home countries.

“At the end of the day, economies have to be built through both.”

The market sizes in the Francophone region are also of concern because they are much smaller when compared to those in the Anglophone region and can be a downer for scale.

However, a more or less unified currency, policy and regulatory landscape are a huge plus for the region and one investors and entrepreneurs can swing in their favour when building for and in the region.

“I think as an angel investor, if you want to have a balanced portfolio of growing startups, you should invest in both Anglophone and Francophone Africa as well,” Subayi says.

While investments, especially venture capital, has greatly improved in the continent, Subayi says founders still seek out funding too early on in their businesses.

Fundraising should not be foremost in the mind of an entrepreneur but building and finetuning their product to hit the nail on the head with the customers’ needs and to show viability.

“At the end of the day, any investor will invest in five minutes in a business that is attractive,” she adds.

“If you come to me with your business and you have one client who is not paying, you have a product that there’s a question mark as to whether customers want it, why do you expect me to invest $10million dollars at a very low valuation?”

Are you selling the right product to the right customer at the right price? As long as an entrepreneur can answer this question clearly, show the right path to profitability, articulate their unique value proposition and advantage as well as a thorough understanding of their addressable market, then it is easier to convince an investor to place a bet on the business.

“I’m so tired, and I’m not the only one, of seeing entrepreneurs saying oh my addressable market is mid-30s Asian in Africa so it’s like 3 billion people,” she says.

“It’s like, you’re in a village in South Africa, you’re telling me you want to see your app in Saudi Arabia. Come on, be serious. As an investor I want to understand what  the opportunity that is available out there.”

It’s not that creating solutions that serve these markets are unattainable but in the mean time; the first few years, a successful business is one where the entrepreneur has a thorough understanding of the demographic and the business environment.

Subayi’s angel investments are often in countries whose political and economic landscape she has an understanding of. When deciding to sign off on a deal, she says she’s keen to see a team with similar work ethics, integrity and consistency between their academic backgrounds and the kinds of businesses they are trying to build.

“I also like to see consistency in the behaviour of the entrepreneur.”

Typically, from the first meeting to when she makes an investment can last anywhere from three to six months within which she can observe carefully and conduct quality due diligence before arriving at an investment decision.

“When   angel investing, especially in Africa, you know you’re in for like 5-7 years which is probably longer than most marriages these days,  it’s important to make sure you have the right kind of working relationship with the entrepreneur.”

There’s also consideration about the industry within which the business is operating.

Without a good enough understanding of the sector, Subayi says she’s had to turn down an investing opportunity even though the entrepreneur came with a solid idea and business model/plan.

It is something she wants entrepreneurs to note: sometimes investors reject proposals because they have limited understanding or grasp of a certain industry.

“As an angel investor, you want to provide funding, but you also want to be able to provide human capital,” she says, “If you’re in an industry I don’t know very much, I won’t be able to bring you all these value-adds.”

The deal structure is also something she considers before deciding on angel investing. The goal is to have a mix of private equity, convertible notes and other such investment vehicles to have a balance of liquidity across board. For some investors, this can also manifest in geographical locations.

When not looking at the numbers and poring over legal documents or pursuing a new curiosity, Subayi explores a number of adrenaline-pumping activities from running to scuba diving to volunteering as a fire fighter but there’s also time to spend with her family, to Netflix when sleep is not forthcoming.

“Always optimise your performance, returns and happiness regardless of the operating environment you’re in,” is a motto Subayi says she lives by, applicable in both professional and personal capacities.