Encouraged by growth in Nigeria, OPay sets its sights on North Africa 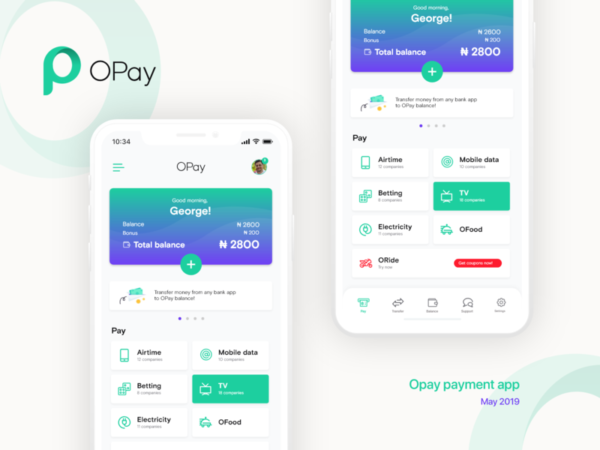 It announced month long discounts, letting people find commercial motorcycles rides for as low as N50. ORide drove visibility for OPay but regulations in Lagos killed the bike-hailing sector. Many saw it as a bad sign for the Chinese backed startup.

Yet, in June 2020, the company’s Country Manager, Iniabasi Akpan, insisted that they were having their best year yet. He told TechCabal at the time; “I understand from an outside point of view that people believe things are bad, but what people believe is not actually the fact.”

“Our business has been growing from that point [January]. Transaction volume has grown over 40% from January to May, both offline and online.”

His position is repeated in Opera’s Q2 earnings statement. The report says OPay is Nigeria’s largest mobile wallet company in transaction volume and value. Frode Jacobsen, the company’s Chief Financial Officer said on the earnings call, “OPay has become a leader in its space and again doubled its transaction volumes over the past six months.”

It provided the first clear sign that OPay saw a lot of transactions during the pandemic, with many banks keeping operations lean.

Did COVID-19 drive growth for OPay?

According to Dipo Omogbenigun, the company’s Vice President for payments and partnerships, “COVID-19 had a positive impact on our business because at the heart of the lockdown, some people lost their jobs and some of them became agents as a way to make ends meet. On the customer side, even with banks closed, agents remained in proximity to customers and people were able to keep engaging with them.

So to an extent, we saw a noticeable increase in our business.”

In its Q3 earnings call, Opera revealed how much OPay has grown since we last reported on them in June. “In October, OPay processed a gross transaction value of $1.4 billion on its platform, more than three times the level in January.”

Company insiders say that OPay processed 70% of mobile money transaction value and volume in Nigeria in October 2020. But these figures are difficult to independently verify since much of Nigeria’s mobile money industry data is not publicly available.

It is one of the reasons sector leadership is a controversial topic with mobile money players. OPay maintains its numbers hold up and that it will be looking to expand its agent network to 500,000 soon.

Right now, there are no clear answers.

Apart from its impressive transaction volume, another thing that caught the eye in Opera’s Q3 call was OPay’s Pan-African ambitions. Frode Jacobsen, Opera’s CFO said, “we expect that OPay will be expanding beyond Nigeria soon, and believe it can continue to grow its payments platform at elevated growth rates.”

While there were whispers of an expansion to Ghana in 2020, OPay told Bloomberg it has concluded plans to expand to North Africa; “the process has begun and we will see how the first quarter turns out.”

While the company did not tell Bloomberg the country in North Africa it is expanding to, sources within the company told TechCabal that OPay will launch in Egypt.

It is a different region from where Kenya and South Africa, two countries it said it held off from expanding to because of the pandemic.

But here’s one thing the pandemic could not stop, a new overdraft product for customers called CreditMe. It will allow users of its mobile wallet to take overdrafts of up to N100,000 with a 30-day window to repay.

What’s next for OPay? It’s hard to see what could be bigger than a pan-African expansion. But it is possible that the company may apply for a Payment Service Solution Provider (PSSP) licence. It is a move that makes sense, considering that with a PSSP license, it would control the payment processing for its billions of dollars in transactions.