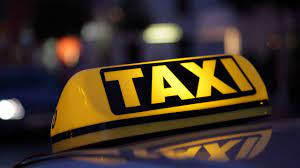 Under the umbrella of the Professional E-hailing Drivers and Partners Association (PEDPA), Uber and Bolt drivers in Lagos have begun a strike action today. The two companies are the biggest players in Nigeria’s ride-hailing industry and have competed for years since their entrance into the Nigerian market in 2014 and 2016 respectively.

One of the ways they have competed is with pricing, with each operator giving promos and lowering fares to try to win over new customers. Yet, over the years, there have been claims that the pricing wars came at the expense of drivers.

Now Uber and Bolt drivers in Nigeria want the pricing to be reviewed because the prices are no longer reflective of the costs they put in. They also want both companies to reduce the commission charged on rides from 25% to 10%.

PEDPA says that it has written letters to Uber and Bolt about their concerns but has received no response. To press home their demands, the drivers will begin a one-week warning strike today with hopes that both companies will come to the table.

TechCabal spoke with Idris Shonuga, the National President of PEDPA, an association that was formed in 2019 and is affiliated with the Trade Union Congress (TUC) of Nigeria. He told TechCabal, “what they (Uber and Bolt) do is deploy an app which facilitates links with riders and they charge a commission. We bear the running costs of fuelling the car and take all the associated risk of managing and running our vehicles.”

“Unfortunately, they fail to give us a say, they keep fixing the price ridiculously low and we’re selling below the cost price.”

Shonuga argues that it has become almost impossible for e-hailing drivers to make a living driving for Bolt or Uber because while inflation is driving prices upward, the cost of the service has remained static.

“You’re seeing several accidents on Lagos roads because drivers are overworking themselves to make very little money; this is systemic slavery of Nigerian youth, many of who are driving because of unemployment.”

The drivers say these conditions are unfavourable and want ride-hailing companies to give them a seat at the table in making decisions on pricing. They also want these companies to reduce the commission on rides to 10%.

TechCabal reached out to Bolt via email to ask about PEDPA’s claims and received a response from the company’s Country Manager, Femi Akin-Laguda.

He said in an email to TechCabal, “we are constantly evaluating our operations to ensure we continue to provide the best earnings for drivers on the platform even as we still remain the most preferred platform for passengers.

Therefore, our commitment remains to treat drivers on the platform with respect, keeping an open-door policy for feedback to be provided. Also, we have various communication and support channels that are always available for drivers on the platform to reach us at any time, any day, and for any issue that may affect their operations.”

A spokesperson for Uber also told TechCabal via email, ““We are aware of a protest taking place today by a small group of e-hailing drivers, resulting in slightly longer waiting times for riders. We respect driver-partners as valuable partners with a voice and a choice and we want them to know that we are always open to their feedback.”

“It’s however important to note that diver-partners are diverse in how they use the Uber app and it would be difficult for an individual or group to holistically represent every driver on the app. “

Away from fees, another important demand PEDPA has is for drivers who have been blocked by both platforms to be unblocked.

“You’re expected to provide 5-star service on every trip and even if you have over 1000 trips with 5-star ratings, if you get reported for anything at all, you get blocked from the platform.”

Shonuga believes that this approach is unfair and that while bad actors should be punished, the companies should take a nuanced approach in dealing with these issues.

At the time of writing this report, I tried to find a cab on Bolt and saw that there was increased demand, with the closest one being 10 minutes away. It may suggest that the strike is partially in force and Shonuga says that PEDPA is continuing to inform drivers to stay off the roads.