Femi Iromini is improving the employability of students in Nigeria 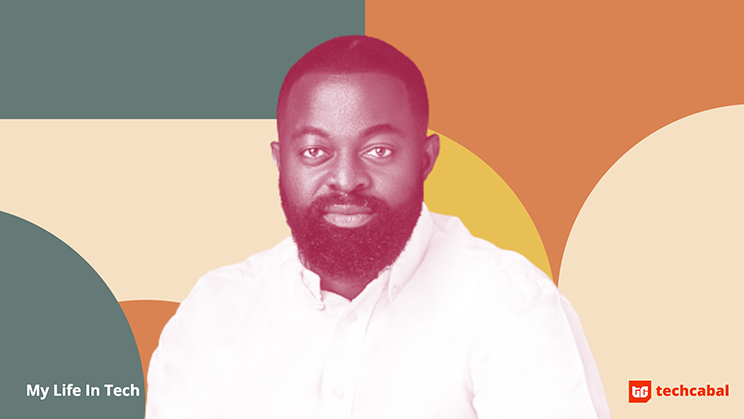 Femi Iromini has been active in the African tech ecosystem for the past 5 years. As a young student, he ran many businesses— at one point, he performed due diligence for foreign investors looking to invest in African startups. Now he’s focused on improving the Nigerian education system and the employability of Nigerian graduates.

To understand how he got here, let’s look at his life’s journey.

Reading Gifted Hands by Ben Carson at an early age sparked Iromini’s interest in medicine. This interest was also encouraged by his secondary school teachers. He was the best student in chemistry, physics and maths so naturally, they all thought he would do well to study medicine.

He secured admission into the university and had begun studying medicine for some months before his father pulled him out of school.

“He just told me that he didn’t think the school was meant for me,” Iromini told me.

Fortunately, Iromini got into university at a young age so taking an involuntary gap year wasn’t too big a deal.

Iromini’s switch to geophysics is a story that many may relate with. It involves a rich uncle and a desire to be as rich as the said uncle.

One day, while he was at home, this uncle came around. As they played chess, Iromini asked him what he did for a living. He worked with the oil company ExxonMobil and he had studied geophysics.

Iromini recalled, “When my uncle mentioned geophysics, I thought to myself, ‘This must be God speaking to me.’”

With the career prospects of geophysics looking promising, he decided to study geophysics.

A year into studying geophysics at Obafemi Awolowo University, he started questioning whether he had made the right choice.

The answer to that question came during a field trip to Ekiti. The students and lecturer had gone out to identify some rocks and minerals.

“During this field trip, a professor leading the delegates carried a boulder. I could see he was passionate about it. He then said if you really want to succeed as a geologist you need to fall in love with rocks. You need to romance rocks.”

“I was at the back, watching and listening. I didn’t find that appealing. I told myself there are better things in life to romance than rocks.”

None of his lecturers back at school were passionate about rocks and they didn’t answer field questions with certainty. By the end of the trip, he knew he wasn’t going to end up in a career related to geophysics.

That trip became a turning point for him and pushed him to attend a variety of non-academic events. He got into a number of social impact and entrepreneurial programs like the One Young World, Goldman Sachs Program, World Business Dialogue and Global University Initiative. These programs expanded his mind and opened him up to a world of possibilities.

Contributing to society through business

During one of these programs, his life took a turn after Nelson Mandela charged him and other participants to focus on changing Africa by looking for ways to contribute.

He returned from the program and started businesses in school. He opened a laundry business and restaurants on three campuses. He also started a social enterprise that helped students get internships.

As he built these businesses, other students supported him. Back then, he didn’t know anything about financing. He just wrote a letter soliciting contributions from his peers and they showed up. He bought his first washing machine after a ₦20,000 ($125 at the time) contribution came in from another student.

Despite the initial support he was fortunate enough to receive, he realised it was difficult to get the additional financial support he needed to build his businesses. The traditional funding channels weren’t a viable option because the business didn’t have a track record.

During this phase he stumbled on Kickstarter – a crowdfunding platform. At the time, it was a new idea that opened up his mind to the concept that people can leverage their social capital to raise funds. His businesses thrived because other people believed and supported him, so he wanted to build a similar platform for others around him to raise funds.

To build this platform he collaborated with some Indian engineers he met during a program he attended years before. Building the platform took longer than expected and he spent more money than he planned to.

To increase the pace of development, he learnt a bit of coding and joined in building the platform.

Eventually, Crowdy, a platform that helped people in his community raise funds from family and friends, was launched. Its fundraising process was similar to the rolling fund investment model.

In 2014, fresh out of school and still running the Crowdy platform, he was approached by AXA Venture Partners, they needed help in deal analysis and sourcing for African startups.

“They were looking to invest in Africa, but they weren’t sure about the numbers. With Crowdy we were able to aggregate startups, especially in East Africa for them. We were more like deal aggregators.”

Iromini and his team at Crowdy helped conduct due diligence on the startups they referred to AXA Venture Partners, they were paid for the consulting services they offered.

In 2013, while still running Crowdy he enrolled in an post graduate program in innovation and entrepreneurship at Stanford University. During the program, he spent a lot of time around the Stanford campus and other neighbouring universities. He noticed a common denominator that was missing back home. In every university, there was a career center. The schools were intentional about preparing students for the world of employment.

Comparing this approach with his undergraduate days where there was no structure around preparing students for employment, he decided to do something about this problem.

“Universities should be thinking about career outcomes. How many [of their] graduates are employed, unemployed or furthering their education. Career outcomes are a selling proposition for universities,” Iromini said.

This led to the creation of Lead360, an education technology company. The company has worked with a number of public and private universities like Covenant University and Afe Babalola.

Based on the few engagements Lead360 had with these universities, they learned that it’s more than just establishing a career centre in these schools. Making students more employable requires a step by step approach.

“What’s typically found is that in many of these schools, in the final year, a one-week seminar on employability will be organised. You’re meant to have a career advisor whose performance is based on the successful employment of students. Someone who helps with internships, reviewing CVs and evaluating the interests of students,” Iromini said.

They’ve successfully collaboration with the state governments and corporate organisations to develop over 40 digital centres like one in Makoko, Yaba, Lagos.

Lead360 is working on a few projects right now. Top on the list is a labour market information system. A system that informs the government and universities on what skillsets employers are looking for and how many students have these skillsets in real time. This project is funded by international agencies.

As someone who has always sought to solve problems around him, Iromini is taking the Nigerian education system heads on.

By 2050, Africa is going to have a large population with Nigeria at the forefront, he is constantly asking himself, “what are we going to do with this population?”