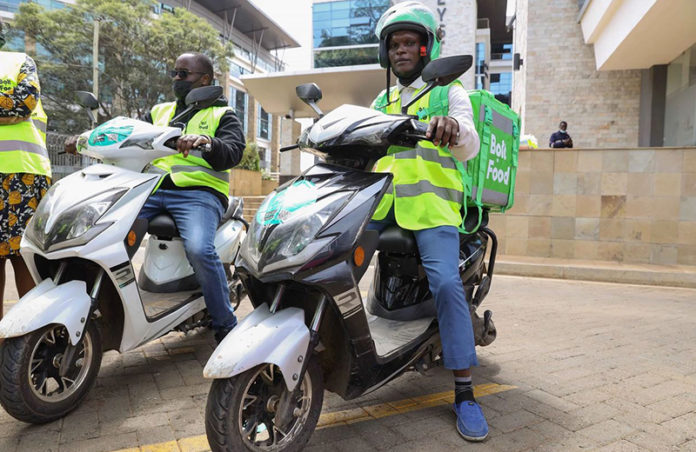 Kenya, this week, became the first and only African market where Bolt has introduced electric bikes, tuk tuks (tricycles) and scooters on its platform. This comes as the on-demand transport company looks to tackle the twin challenge of fuel price fluctuations and environmental pollution in the East African country.

Bolt’s addition of electric vehicles to its fleet is in line with an expansion plan for greener transport options in Kenya, particularly in its delivery unit, with the ultimate goal of reducing the company’s environmental footprints.

A study by the Union of Concerned Scientists found that ride-hailing companies were responsible for nearly 70% more carbon pollution than the modes of transport they displace, like mass transit, biking, and walking. To address this, they have been called on to reduce emissions with more concerted efforts such as electrifying their fleet of vehicles.

“This is a great step towards realising environmentally conscious ways for people to move around in the city, reduce our ecological footprint, decrease air pollution and increase access to clean transportation modes,” Regional Director for Bolt Africa, Hillary Miller-Wise, said at the launch.

For now, the electric bicycles and tuk tuks will be used by Bolt Food couriers only. The food delivery business launched in Nairobi three months ago amid a resurgence in global coronavirus infections, with Bolt looking to tap into the boom in demand for contact-less services recorded since the Covid-19 pandemic began. It offers users access to a diverse list of restaurants and menus in the capital city.

“We will be making deliveries using the newly launched tuk tuks and bicycles within Nairobi as we expand into other towns across the country. Our customers will now have more Eco-friendly and sustainable options to choose from,” Bolt Food Country Manager, Edgar Kipngetich Kitur, said.

The fleet of electric scooters and e-motorbikes essentially helps Bolt fulfill the demand for light, smarter and greener modes of transport that are also less expensive to maintain. It is perhaps the cost factor that was the biggest consideration that propelled the company to introduce the new vehicles.

According to Bolt, electric vehicles will also help evade challenges associated with a fuel price crisis that has greatly affected its drivers and couriers. Last month, the ride-hailing company raised fare prices across all cities in Kenya due to the increased cost of fuel in the country.

“We trust that this is a stride forward to mitigate the impacts of constant fluctuating fuel costs and will stabilise the growth and sustainability of driver earnings and cost of doing business,” Hillary added.

While the vehicles will initially be used by Bolt Food couriers, the company plans to include them in the passenger business as well. Bolt will also expand its green transport options in other African markets where it has a presence, it said, without specifying which will come next. On the continent, Bolt Food is only available in Kenya, South Africa, and Ghana.