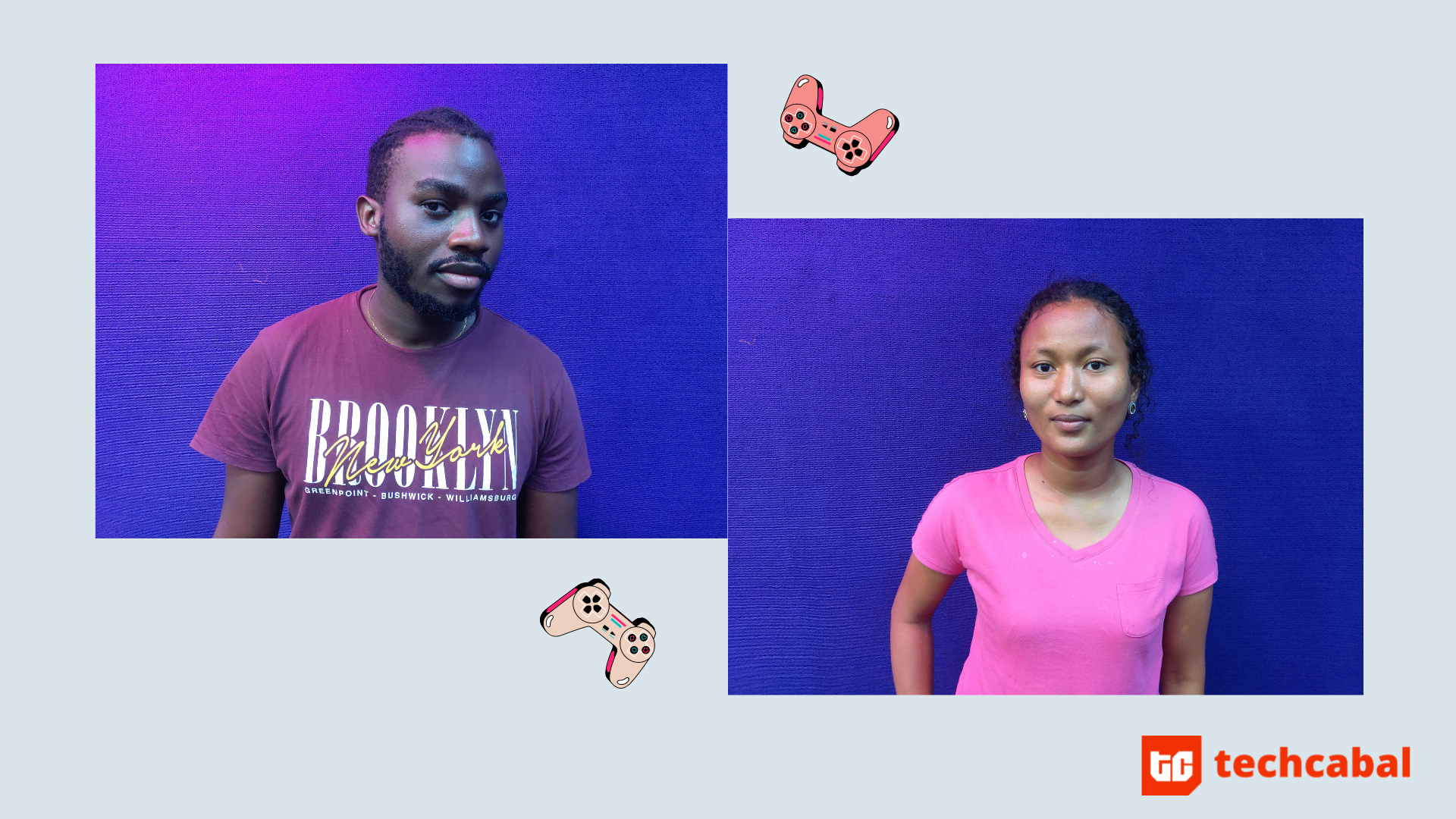 In Hero Mode, all Troy wants is to work at Playfield, his mom’s 12-year-old gaming company. But she insists he focus on a dull computer science course at school. The real reason, however, is that she wants him to have a “normal” childhood away from video games.

Here’s the problem: Playfield is sinking. Their only potential angel investor bailed because their latest game sucked. A cheap buy offer from a rival is on the table.

But Troy convinces his mom to let him rebuild the game. He adds a rainbow that talks and a Barack Obama feature. And the rest is… actually, go watch the rest.

Real life Troy stories are rare in Nigeria but an active gaming community is growing. Platforms like Twitch and Discord are spurring a global gaming economy and a means for financial independence for young Nigerians – like Olaide and Ying-Yi Akanji.

They met in 2012 at a GCE exam hall. When they started dating, Olaide introduced Ying-Yi (who is half-Nigerian, half-Taiwanese) to online gaming. Now married, they are an ardent gaming couple.

While speaking with them on Tech Republic – a weekly radio show produced by 88.5 UFM Lagos in collaboration with TechCabal – I felt nudged to pick a controller and earn some recharge card money, at least. But how does a rusty Millennial get started?

Below is an excerpt of the chat with the Akanji’s, edited for clarity. Most questions are from Tech Republic hosts Jay and Didi.

Jay: What’s the situation with gaming in Nigeria?

Olaide: I have been playing video games since I was a kid. My first Playstation 2 was from my dad. I became very good at gaming but I felt it couldn’t take me anywhere because our 300kbps internet was so bad. Playing online was just impossible.

Then I moved to the UK to study software engineering and everything was better. I dived into e-sports and built a following on Twitch. But I was not comfortable with a foreign audience. Gaming was more fun when I moved back. I could chat and banter on my streams in Pidgin and Yoruba.

But then came the issues – internet and electricity. It was demotivating to the point where I almost quit. The main problem was ping – a measure of how fast you get responses when you click to pass or shoot or any other action.

Our problem here is that when you click on a button for any of those actions, it needs to travel to a server in Europe before it returns to Nigeria. And if you are playing against someone in Europe, their ping is much faster. I may shoot him first but it may not get to him when I do; then he shoots a second later and wins. That’s why you have not seen Nigerians breakthrough internationally.

Didi: Okay, how do I get into gaming? Can I start now even if I didn’t play as a kid?

Olaide: Yes you can! That’s what I love about gaming. When people tell me they don’t like video games, I say you haven’t tried it out. There are so many games out there, it’s impossible for you to hate them all.

A 16-year-old kid won $3million playing Fortnite in 2019 and I actually played in that tournament. I made it into the top 1,000 from the initial 80 million people. The top 100 played in the finals in the US.

But that prize money shows how this sport has grown. I think the biggest prize money ever won in Nigeria was around ₦5million.

Jay: This is really an untapped market in Nigeria

Olaide: Oh my God, there’s so much potential. I’ve had many conversations with companies that want to get into online gaming but they fear the risks. And it’s understandable because you need 24/7 electricity.

I’ve heard stories about NEPA taking power in the middle of a tournament. It’s painful. When we compete against South Africans, they win because their internet is better.

Didi: How many female gamers are in Nigeria?

Ying-Yi: We have quite a few, but the gaming scene is saturated with guys. Girls in Nigeria have less time to play video games because they are more likely to do house chores, while guys can keep playing. Women gamers have to put in more effort. That means we are not a lot but we are getting there.

Parents also need to understand that gaming helps to improve cognitive reasoning of both boys and girls. Yes it can be sedentary but parents can set the balance between gaming and other activities.

Alexander: So how do you pitch online gaming to people in government, as something good for the digital economy?

Olaide: People are investing in electronic sports (esports) because every competition provides a level playing field for amateur and expert gamers. No connections needed.

Anybody can buy a console, start playing and competing. Gamers like TimTheTatman are terrible at gaming but make millions because they make entertaining gaming videos. That opportunity should be open to all Nigerian youth looking for jobs and alternative income streams.

Listen to Tech Republic every Thursday at 2pm WAT on 88.5 UFM Lagos. Brought to you in collaboration with TechCabal.