Zuri is improving access to healthcare in Africa with technology 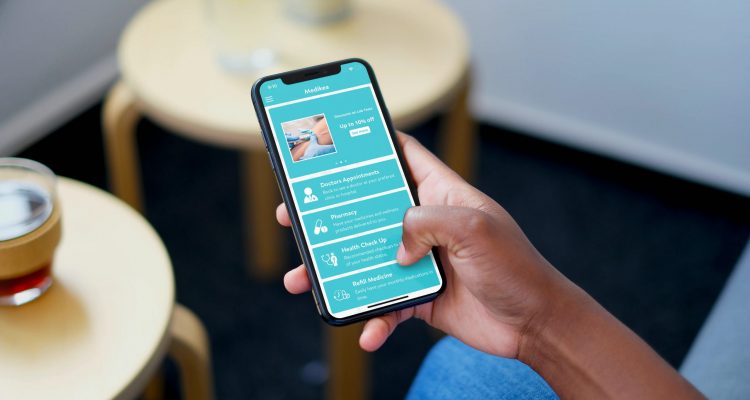 In 2019, Abubakar Yusuf saw his medical condition deteriorate rapidly. The 43-year old carpenter in Nigeria’s Borno State has been suffering from Malaria and experiencing a deadly mix of fever, chills, headache, nausea, and vomiting.

“I would go to the only public health centre in the area but I just don’t think I can wait. There’s likely going to be 20 or 30 people before me and they often attend those that arrived first. So there’s no guarantee I will even see a doctor on time.”

After staying indoors for days, the bedridden Yusuf was visited by one of his closest clients who eventually told him about a mobile app that can help him find a doctor and get easy access to treatment.

He downloaded Zuri Health, booked an appointment for the day after with one of the doctors listed on the platform, and received confirmation by SMS. Through the app, Yusuf was instructed to take some initial measures to help alleviate his condition after which he met with the doctor with a wait time of just 10 minutes. He recovered fully a week later.

Yusuf is a fictional figure but his predicament is as real – for many Africans – as Zuri Health is. Without discovering the mobile app, he could easily have been one of the more than 400,000 Africans malaria killed in 2019.

Africa carries a disproportionately high share of the global burden of deaths from diseases: in the same year, the continent accounted for a troubling 94% of all malaria cases and deaths. Approximately 1.6 million Africans died of tuberculosis, malaria, or HIV-related illnesses in 2015 alone.

What is even more worrisome is the fact that with proper medication, these diseases can be prevented, treated, or even cured. But there’s a well-documented lack of access to healthcare in Africa.

Less than 50% of people in Africa can access modern health facilities and 80% rely on the chronically underfunded public health services, which suffer from a shortage of everything from drugs to power blackouts.

Mobile-based healthcare to the rescue

A number of startups have come up with innovative ways to solve the key challenge of accessing healthcare in Africa using technology. One such is Zuri Health, a relatively new player in the continent’s nascent telemedicine (the use of digital devices such as mobile devices and computers to deliver health care) space.

Zuri Health is a mobile application that gives patients the opportunity to chat with a doctor, buy medication from a pharmacy, book labs and diagnostic tests or have a doctor visit them at home.

The company launched in Kenya earlier this year and aims to provide affordable and accessible healthcare solutions via mobile technology with dedicated apps, wap, and SMS services.

“Zuri Health is very personal to me,” said founder and CEO Ikechukwu Anoke, in an interview with TechCabal. “The app is named after my daughter, Zuri, who was born in 2012. Despite being at one of the best hospitals in Kenya, we could not get a doctor to attend to my wife on time while she was in labour.”

The incident made Ikechukwu realise that even if an individual could afford medical care, the distribution and logistics of healthcare in the country still posed a challenge. But it wasn’t until eight years later, when he himself had a life-threatening experience in the midst of the coronavirus pandemic, that he started working on Zuri.

“I had personal health issues before the pandemic which made me even more vulnerable to the virus. With an underlying health problem in a Covid environment, it was vital to think about the provision of healthcare in a different way,” Ikechukwu recalled.

With most hospitals shut and doctors unavailable in the heat of the pandemic, he says telemedicine and remote care became extremely important at that point.

“It made sense to build an app through which people could get basic tests done without leaving the comfort of their home and further risk their lives. If we had known earlier, maybe we would have built apps and launched them during the pandemic. The experience of Covid helped what we’ve built today.”

Zuri Health launched a beta version in November 2020 and rolled out officially in Nairobi two months later. Since January, Zuri has onboarded more than 250 doctors, who earn extra income from the service they provide, onto its platform.

The opportunity to chat with a doctor and receive diagnoses remotely helps thousands of subscribers that currently use the application save transportation and other logistical costs while receiving necessary medical care.

“Zuri Health gives doctors a wider and easier platform to reach patients who need them while the underserved populace can now access affordable and sustainable healthcare,” Ikechukwu said.

The company, at the end of July, launched an updated version of its app, called Zuri 2.0, which comes with improved features.

Zuri Health has also secured partnerships in multiple African countries, which is expected to pave the way for a planned continental expansion. Over the next few months, Zuri wants to enter other markets – including Nigeria, Ghana, Tanzania, Zambia, Cote DÍvoire, Mozambique, Angola, and Senegal.

Africa’s e-health industry on the rise

Increasing mobile penetration and a thriving tech startup scene give hopes that technology can make a big impact in improving access to medical care in Africa.

The continent is slowly witnessing a proliferation of healthcare apps, which include South Africa’s Hello Doctor, ChanjoPlus and M-Tiba in Kenya, Benin Republic’s GoMedical, and mTrac in Uganda; and more recently, Zuri Health.

There are clear signs of a coming explosion in the use of mobile technologies in African healthcare similar to the one that’s been seen in financial services. However, recurring key challenges still need to be addressed.

Prevailing issues such as prohibitive smartphone costs for Africans, the majority of which live on less than $1.90 a day, could pose as barriers to the uptake of digital health. Phone penetration in the region stands at just 44% compared to the global average of 66%.

There is also a large rural-urban digital divide with the greater part of rural Africa suffering from low connectivity and low levels of digital literacy among dwellers in such areas.

Fixing healthcare is beyond just tech

Health sectors in Africa stand to benefit hugely from digital solutions. But more than just the technology is needed for these innovations to scale and make a significant impact across the continent.

The increasing number of apps that aim to make healthcare widely accessible have to be integrated into public healthcare systems and national health strategies. This is where support from the government is needed.

Beyond just funding, public authorities have to come up with inclusive telemedicine or mobile health (mHealth) policies that address regulatory and data governance issues. Governmental policies will help hold digital healthcare companies accountable and protect the information and data of citizens that use the technologies.

As the field of mHealth matures, effective policy will become increasingly important, according to a World Health Organisation report.

“There is an urgent need to drive more meaningful conversations in relation to frameworks around telemedicine because in Africa very few countries have these. Yet it’s fundamental if we should achieve the Sustainable Development Goals,” said Daisy Isiaho, Zuri Health Co-founder and Chief Product Officer.

While thousands of Africans like Yusuf continue to have their lives saved by mobile health applications, going forward, governments will have to “play an active role through regulation and setting up legal frameworks in the growing telemedicine space.”