#FreeRebecca: Influential African tech leader to appear in court after detention in Cameroon 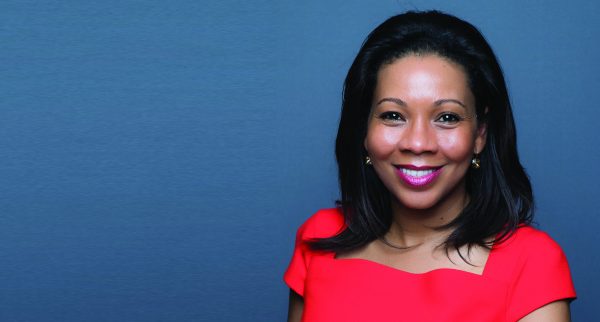 Rebecca Enonchong, one of Africa’s most prominent tech entrepreneurs, is reportedly set to appear before a court in her home country, Cameroon, on Thursday after she was arrested on Tuesday, August 10.

This is according to Edith Kah Walla, the leader of the Cameroon People’s Party (CPP).

Walla had earlier revealed in a series of tweets that the Cameroonian entrepreneur had been arrested and was being held at the Gendarmerie Legion (a police station) in Douala, apparently by government order and without any arrest warrant.

According to Walla, the United States-based Enonchong was called to the Gendarmerie for a case involving her family.

While meeting with the Attorney General (Procureur Général), she reportedly asked that her cases be handled by one investigator rather than two. The request was considered an “outrage à magistrat” (contempt of court) by the AG, who ordered her immediate arrest.

Enonchong remains in police custody and has been scheduled to appear at the Bonanjo Court of First Instance, Douala, on Thursday morning.

There’s been a flux of support at home and abroad for the Cameroonian entrepreneur since reports of the arrest – which has been described as unlawful, illegal, and an abuse of power – surfaced.

Enonchong’s detention has sparked outrage online with many individuals and organisations calling on the government to restore her freedom, in a country where such arbitrary detentions aren’t uncommon.

The hashtag #FreeRebecca has gone viral on social media and an initiative, FreeRebecca.com has been launched to protest against the arrest.

A statement issued by the African Business Angels Network (ABAN) described the action of the Cameroonian government as “highly irresponsible.” The network of early-stage startup investors was co-founded by Enonchong, who serves as a Board Member and Trustee of the organisation.

The 54-year-old Enonchong is the founder and Chief Executive Officer of AppsTech, a global provider of enterprise software solutions, which she launched in 1999.

Enonchong is also the co-founder of I/O Spaces, ABAN, and Cameroon Angels Network. She sits on the boards of many corporations including AfriLabs Foundation, ActivSpaces, Digital Africa, WHO Foundation, Eneza Education, Suguba, Djibouti Telecom, US Exim SAAC, and the UNECA Center for Digital Excellence.

Enonchong is an advisor to Venture Capital for Africa (VC4Africa), the largest online community dedicated to entrepreneurs and investors building African companies.

She has been listed by Forbes as one of the “10 Female Tech Founders to Watch in Africa”, in addition to winning World Bank and the World Economic Forum awards.

Outside of her work in tech, Enonchong has been an advocate for progressive policies and better governance in Cameroon.

Many believe that the arrest could be down to her frequent criticism of the oppressive administration of Paul Biya, which has held power since 1982.