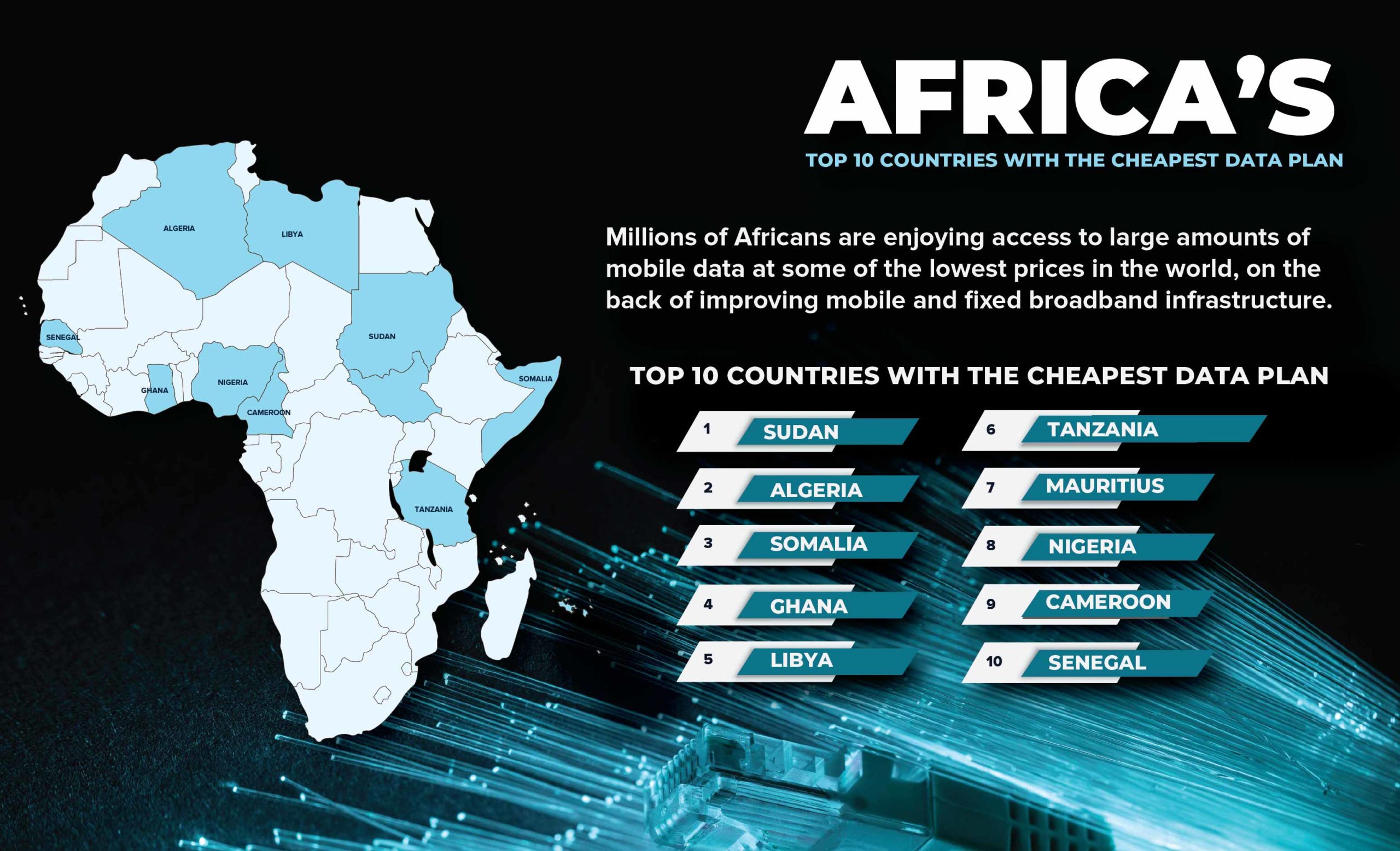 This article was contributed to TechCabal by Conrad Onyango /bird

Sudan leads nine other African countries that charge its citizens less than $1 for a gigabyte (1 GB) of mobile data, a report by British technology research firm Cable shows.

The Northeastern Africa nation offers the lowest cost of internet access over a smartphone anywhere in Africa and ranks among the top five cheapest countries for mobile data, in the world, according to the Worldwide Mobile Data Pricing 2021.

The cost of mobile internet in Sudan is $0.27 for every gigabyte of data. The result is that access to the internet has become ubiquitous in many of the densely populated areas across the enormous country.

Citizens in Sudan “rely heavily on mobile data as the primary means to keep its populace connected to the rest of the world,” says the report.

Algeria is second-cheapest at $0.51, while Somalia takes the third-cheapest slot on the continent, at $0.60 per 1GB of mobile data.

Consumer telecoms analyst at Cable, Dan Howdle, said countries with the cheapest rates of mobile data have excellent mobile and fixed broadband infrastructure, making it easier for service providers in those markets to be able to offer large amounts of data, which brings down the price per gigabyte.

“Others with less advanced broadband networks are heavily reliant on mobile data and the economy dictates that prices must be low, as that’s what people can afford,” said Howdle in the report.

The report, which featured more than 230 countries across 12 regions and compared the cost of 1GB from over 6,000 mobile data plans, also pointed out that North Africa (at an average of $1.53) has the cheapest data plans in the world.

Kenya and South Africa, with advanced mobile infrastructure and high internet traffic, fall far behind the top 100 list, with charges of $2.25 and $2.67 per gigabyte of data respectively

The cost of data in these two countries, however, is cheaper than the global average of $4.07. According to the report, South Africa and Kenya are considered competitive mobile markets with the prices of these ‘wealthy nations’ not necessarily considered expensive by customers.

“Many countries in the middle of the list have good infrastructure and competitive mobile markets, and while their prices aren’t among the cheapest in the world they wouldn’t necessarily be considered expensive by its consumers,” says the report.

South Africa and Kenya have rolled out commercial 5G networks in their markets. This ultra-high speed internet, though still in its infancy, is billed to have the potential to drive unprecedented and inclusive mobile data growth across the continent.