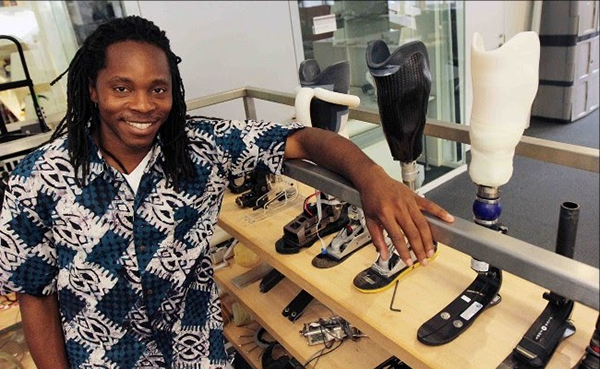 Researchers at a new bionics centre established at the Massachusetts Institute of Technology (MIT) plan to pilot a mobile imaging and delivery system of prosthetic limb services for disabled Sierra Leoneans.

The project – meant to ensure patients in medically underserved communities have access to prostheses – is listed as one of the four priorities for the research centre set up with $24 million in funding from philanthropist Lisa Yang.

A statement released by MIT reveals that investigators will field-test a system that uses a mobile clinic to 3D-print and deliver customized prosthetics to disabled individuals.

The service will initially roll out in rural Sierra Leone, a West African country where thousands of people suffered amputations during an 11-year civil war. According to estimates, roughly 27,000 Sierra Leoneans were disabled or had one or more of their limbs amputated during the 1991-2002 war.

MIT adds that while the population of people with amputated limbs continues to increase each year in Sierra Leone, less than 10% of that population currently benefits from functional prostheses.

“Through the mobile delivery system, a key centre objective is to scale up production and access of functional limb prostheses for Sierra Leoneans in dire need,” the statement reads.

The MIT project aligns with President Bio’s plans to make Sierra Leone a hub for technology and innovation.

One of the first things he did after assuming office in 2017 was set up a Directorate of Science, Technology, and Innovation (DSTI) led by David Moinina Sengeh, the country’s first-ever chief innovation officer who doubles as the Minister of Basic and Senior Secondary Education.

Sengeh is an MIT and Harvard inventor whose research work to improve prosthetic limbs in Sierra Leone will be leveraged by the MIT bionics centre.

A crucial figure in the government’s digitisation drive, he’s introduced President Bio to TED Talks and tech activities at the universities of Oxford, Yale, and Harvard.

Over the past four years, the President has participated in dialogues centered around using innovation and technology to transform food systems in Africa; given presentations on blockchain and the fourth industrial revolution; as well as visited MIT, where he detailed plans to make his nation a digital centre.

“I am proud that Sierra Leone will be the first site for deploying this state-of-the-art digital design and fabrication process,” Bio said.

“As the leader of a government that promotes innovative technologies and prioritizes human capital development, I am overjoyed that this pilot project will give Sierra Leoneans (especially in rural areas) access to quality limb prostheses and thus improve their quality of life.”

More on the bionics centre

The K. Lisa Yang Center for Bionics will be run by Hugh Herr, an MIT professor and double amputee. Broadly, it aims to develop technologies and surgical methods to mitigate disability because of injury, aging, or disease using interdisciplinary research.

Experts from three MIT schools – Science, Engineering, and Architecture and Planning – as well as clinical and surgical collaborators at Harvard Medical School, are expected to work together at the new centre.

Furthermore, the center will provide four endowed fellowships for MIT graduate students working in bionics or other research areas focused on improving the lives of individuals with disabilities.

“I am thrilled to support MIT on this major research effort to enable powerful new solutions that improve the quality of life for individuals who experience disability,” said Yang, a former investment banker and a major supporter in autism research at MIT and Cornell University, among other institutions.

“This new commitment extends my philanthropic investment into the realm of physical disabilities, and I look forward to the centre’s positive impact on countless lives.”