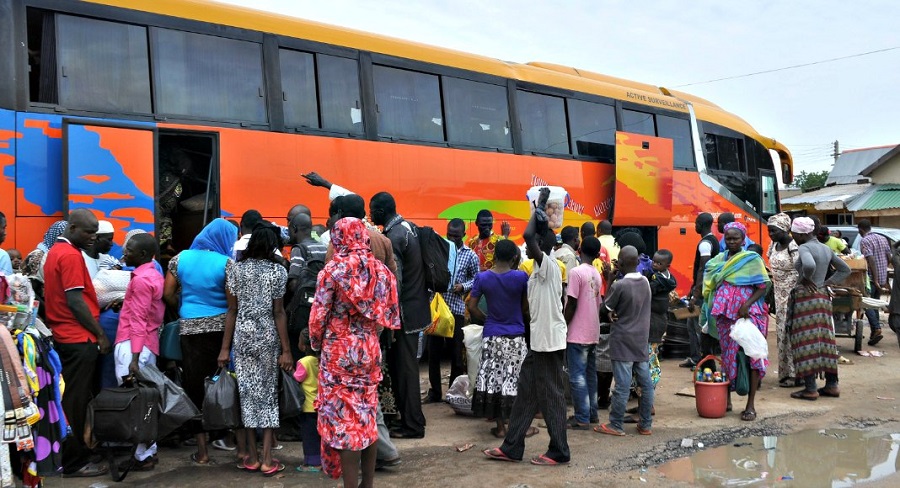 Road transportation in Nigeria is currently fraught with many significant problems that make inter-state travel unbearable for the average passenger.

Unlike air travel where services are technology-enabled, most road transport companies in Nigeria operate via largely manual processes. As such, there’s a lack of orderly process to acquire bus tickets and commuters often have to wait long hours at terminals for the buses to get filled up. Those are in addition to an inconsistent ticket pricing system.

Having grown up in Ibadan and travelled around Nigeria a lot, Folarin Olulana is familiar with these problems, which inspired the founding of Travel 4.0 (T40) and Intercity, his sister startups digitising road transport operations for providers and commuters.

“The future of transportation will be digital-based. So, question is, how quickly can we get a lot of businesses in this space to digitise, which unlocks a lot of value for everyone?” Olulana told TechCabal in an interview.

From OAU to Ukraine and starting T40

Olulana’s first entrepreneurial attempt in the transport space was during his undergraduate days while studying computer engineering at Nigeria’s Obafemi Awolowo University (OAU).

He, however, left the country to secure a bachelor’s degree in Telecommunications Systems and Networks, in Ukraine, before going on to work at industry-leading aviation companies like Airbus and Lufthansa.

In 2018, Olulana decided to apply his expertise in addressing the challenges plaguing inter-state road travel in Nigeria through digitisation with the launch of T40.

The startup initially launched as a provider of a global distribution system (GDS)-based online ticketing solution, allowing travellers to search for trips and compare fare prices from different transport companies, as well as make cashless payments in advance of a trip.

But after several iterations, T40 was redesigned to become a software-as-a-service (SaaS) provider focused on serving transport operators while a sister company, Intercity, was launched last year to focus on travellers.

The startup also provides white-labelled web and mobile app platforms to transport companies to enable their passengers book trips and buy tickets online. And in cases where clients lack the technical know-how or resources, T40 manages the software by partnering with them.

Intercity, the web and mobile-based customer-facing platform of T40, aggregates these partner transport companies and allows potential travellers to access desired routes, book trips or parcel deliveries ahead of time, compare prices of available operators, and get their tickets—all online.

The Intercity solution is crucial in a country where most of the population travels by road. In 2018, Nigeria’s busiest airport recorded just 4.25 million domestic travelers—less than five percent of the population. This highlights how popular road travel is.

T40 has so far partnered with over 40 intercity transport and logistics companies and processed over 6,000 bookings in 2021. The startup makes money mainly through commissions on transactions (between 1%-10% of the transaction value) while its additional income streams include the white labelling service and adverts on its platforms.

Earlier this year, the startup got the backing of LabEight Africa and Greentec Capital partners. After years of bootstrapping, Olulana revealed that the startup is in the process of raising a $500,000 pre-seed funding.

In the long run, an expansion of its 12-man team and geographical footprint is on the cards. According to the founder and CEO, T40 has run a pilot in Kenya and is also considering other markets, including Tunisia, Ghana, and Zambia, where it plans to partner companies in the transportation space.

“We’re very intentional about designing solutions that cater for pan-African use,” Olulana said of T40 and Intercity.

Ultimately, a single vision binds both startups: bridging the gap between transport operators and customers while improving experiences and outcomes for both parties.

“We want to help companies offer better service to their customers and, at the same time grow their businesses, increase profits and unlock new revenue streams,” Olulana said.