Africa’s taxi and mobility ecosystem is about to get greener 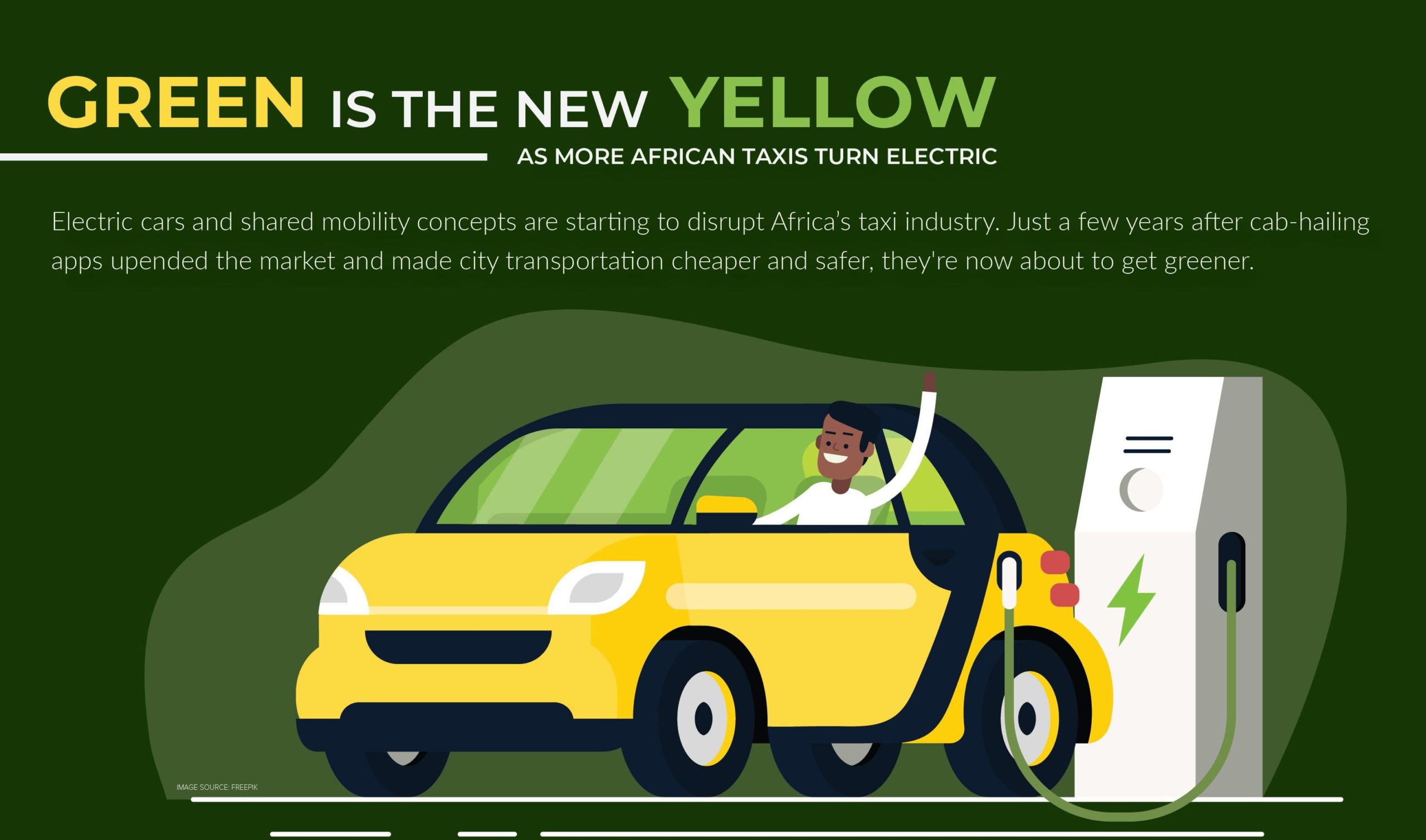 This article was contributed to TechCabal by Seth Onyango, bird

Electric cars and shared mobility concepts are starting to disrupt Africa’s taxi industry. Just a few years after cab-hailing apps upended the market and made city transportation cheaper and safer, they’re now about to get greener.

Kenya takes the lead in e-mobility

In January, the Finnish electric cab firm had announced it planned to triple its fleet in Nairobi, helping reduce emissions from the populous city’s notorious traffic. EkoRent, the parent company of Nopea, is planning to have about 1,500 EVs in its ecosystem by the end of 2021.

The electric fleet is giving Nopea a competitive edge over the gasoline vehicles that dominate the market.

“To ensure we not only offer environmentally friendly but also wallet-friendly rides, we benchmark our prices regularly with other similar vehicles (size and quality) in Nairobi,” it says on its website.

Unlike Uber, Bolt and LittleCab, Nopea cars are owned and operated by the company, with the revenues split 75 percent ( to the driver) and 25 percent (to Nopea) on all NopeaRide trips.

Signalling the shift from gasoline to EVs is being witnessed Africa-wide, Estonian on-demand transport firm Bolt announced in October that it will roll out electric cabs in South Africa.

It came four months after the firm introduced e-bike food delivery services in that market.

“We are looking to roll out a green taxi category in South Africa in the next few months, and plan to roll out green categories in other African markets,” said Bolt’s regional director for Africa and the Middle East, Paddy Partridge.

EVs make business sense in Africa, and especially in Kenya where fuel prices are increased arbitrarily.

In May 2020, Vaya Africa, a ride-hail mobility venture founded by Zimbabwean mogul Strive Masiyiwa, unveiled an electric cab service and charging network in Zimbabwe, with plans to expand across the continent.

The South Africa-headquartered company acquired a fleet of Nissan Leaf EVs, just as Nopea and Bolt had done and developed its own solar-powered charging stations.

Meanwhile, e-mobility firms are finally introducing cab sharing services – a key element of the business in other markets but until now not available in African markets – to reduce both passenger fares and traffic congestion.

“When you share your ride with another rider heading in the same direction, you can save up to 30 per cent on your Chapchap trip. If we can’t find other riders for you to share with – you’ll still save 5 per cent of your regular Chapchap fare,” read an Uber notification in part.

“By sharing and moving more people in fewer cars you’ll also help reduce congestion and lower carbon emissions in your city. Remember, you can only order Chapchap Share if you are travelling by yourself.”

To make sure pick-ups and drop-offs don’t interrupt individual schedules, a passenger will only be matched with up to one rider heading in the same direction as them – and no more than one stop.

Both shouldn’t “arrive more than 5 to 10 minutes later than a regular Chapchap ride so that you can get going with ease” according to Uber.

According to Munich-based international management consultancy firm, Roland Berger, the overall global car market will remain ownership-driven – with owned vehicles accounting for 98 per cent of all vehicles in 2020 and a predicted 96 per cent in 2025 – but a shift is likely to occur in new car sales.

“New sales will shift strongly toward new mobility concepts, representing an expected 13 per cent of new sales in 2020, rising to 20 per cent in 2025,” read its industry report in part.

“We estimate that the number of ride-sharing drivers will grow rapidly between 2020 to 2025, reaching around 57 million. This represents a compound annual growth rate (CAGR) of 13 per cent.”

Mobility
After dominating bike-hailing in Ibadan for 2 years, can SafeBoda keep its lead?
Damilare Dosunmu