GetEquity is changing startup investment in Africa. But how? 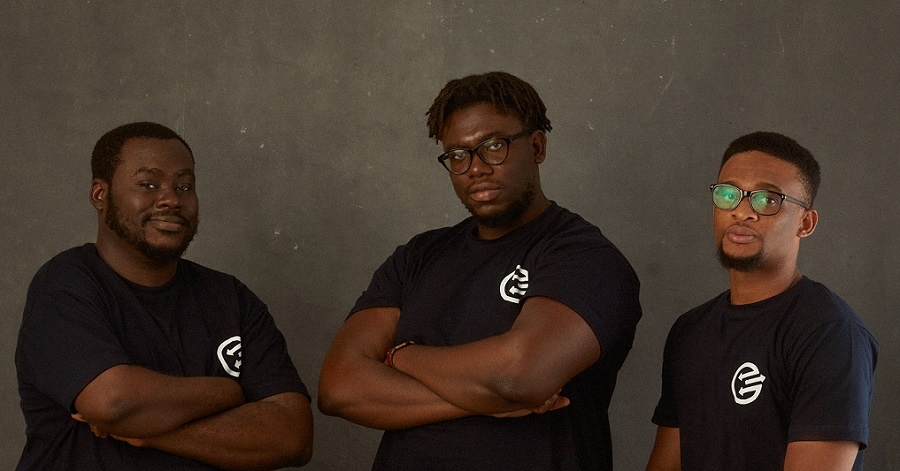 GetEquity, a Nigeria-based investment platform, came into the market with the mantra of “challenging the status quo of startup financing and venture capital” in Africa. The company says it wants to make funding easy and quick for African startups, and at the backend of it, help common people have a bite of the booming startup ecosystem.

Looking back at its activities, that mantra doesn’t seem like a mere marketing play, the startup is indeed walking the talk. But how is it doing that?

Co-founded by Jude Dike, William Okafor, and Temitope Ekundayo, and launched in July this year, GetEquity is a product of a series of iterations. Initially, the co-founders didn’t set out to democratise startup investment in Africa. In fact, Dike and Okafor, who are blockchain engineers, were building a blockchain exchange platform, and Temitope was working around a big data analytics product. But, on getting into the Mozilla Accelerator, the trio realised that they could “merge forces” and build one of the most innovative products in Africa.

“I met Temitope at the Mozilla Accelerator after we’d bantered on Twitter for the longest time. I and William are technical persons and Temitope is a business operator, so I asked Ekundayo to help us figure out the business side of our product and we’d help him build a technical team for his product,” said Dike, CEO at GetEquity. Apparently, this was the supposed skill trade that would lead to the founding of GetEquity.

Take a look at this: Shola, 25, wants to invest in a high-growth startup but doesn’t know where to start, and when he finally finds some answers, his cheque is not enough to be an LP or even get him into an angel syndicate. So, he gives up. On the other side of things, Ada, a young founder, is struggling to raise enough capital to keep her startup running. So, she shuts down the business.

But what if Ada could find 10, 20, 100, or even more, of Shola who only have maybe $100 or less to invest? She could have raised close to what she needed to keep her business alive. This simple thinking led to building GetEquity.

Across the world, investing in early-stage businesses is not usually a public affair; it is mostly available to capital institutions, top-tier individual angel investors, syndicates (a group of angel investors), and sometimes, family and friends. Though this is still largely the case, startups like GetEquity are making a decent effort to disrupt this privileged arrangement and open up the space to any interested party.

On GetEquity, startups get instant access to several angel investors, syndicates and institutional investors. Startups also get the chance to raise investment from their communities and customers, “giving ownership and building a stronger sense of belonging with their most loyal customers”.

For instance, Herconomy, a fintech startup for women, closed a $100,000 pre-seed funding round within 24 hours on the platform. That’s 20% of the total funding raised and the portion reserved for its community. Before now, the possibility of a Nigerian startup closing a funding round—both the seeds and the series—within 24 hours was not only a tall order but a fantasy.

To clear the misconception that GetEquity was built on blockchain technology, the CEO said their technology only employs the core blockchain concept, which is tokenisation. “Blockchain is all about ownership, accessibility and security, and we have borrowed this core concept to tokenise funding on our platform,” Dike said.

Due diligence and investment security

One of the most important and heaviest stages of investment is due diligence (DD); it’s at this point the worthiness of a company is being tested. A lot of checks and notes comparisons happen at this stage. The question now is if investors can’t carry out DD individually, how do they then know that a business is worth investing in?

Apparently, GetEquity operates like every other VC: its team of diverse backgrounds—law, marketing, investment, business development—analyse the potential growth of a startup before onboarding them on their platform. If that’s the case, one can chose to question the validity of the disruption the company promises to bring into startup investment. Isn’t this just a digital VC? Well, it is and it isn’t. GetEquity’s DD process is reportedly fast and doesn’t hold startup to ridiculous equity shares, unlike most conventional VCs.

“We look through the entire business—the model, product roadmap, founder(s), traction, and revenue. We ensure the business is solid before we enlist them on our platform,” said the company’s head of growth Ekundayo, who doubles as joint CEO at Printivo.

However, Ekundayo mentioned that even though the company’s approach to DD is thorough, the company can’t guarantee investors ROI on all their investments. And that’s why GetEquity accepts investments as low as $10; this way investors can minimise risk by putting in small money across a number of startups.

In addition to the $100,000 GetEquity raised in April this year, it also raised an undisclosed six-figures pre-seed from Green House Capital, a renowned fintech investment shop based in Nigeria, and this validates the potential of its products. Since the investment, according to the co-founders, the company has experienced a 100% growth rate across all metrics. It has over 4,000 users on its platform. About 20 startups are currently listed on its platform and over $400,000 has been invested on the platform.

GetEquity has released a couple of features that make investing on its platform even better; it launches secondaries where users can sell off their equity (token) according to its present value. For instance, if a user wishes to sell their token after buying and keeping for a while, all they need to do is indicate their interest to sell and they will be matched with a buyer, and vice versa.

The startup also recently just released Dealroom, a feature that allows users, mostly syndicates, to privately raise money faster. Think of a private room where you can quickly meet with your family and then convince them to commit to a course, but here, the course is raising money.

GetEquity has a wallet infrastructure that users can use to hold value until ready to invest in their chosen startup. It charges between 0.5-5% on every transaction, depending on the payment option chosen. There’s also an option to fund a wallet with crypto for those living where crypto dealings aren’t frowned at, thanks to its partnership with Fluidcoin, another startup that has raised on its platform. The company also charges startups 4% commission on transaction.

Both local and international investors are bullish on Africa, especially Nigeria, which recorded the largest funding of about $1.4 billion out of almost $5 billion funding raised by African startups in 2021. With a more inclusive funding infrastructure built by GetEquity, this trend promises to continue for Nigeria come 2022.