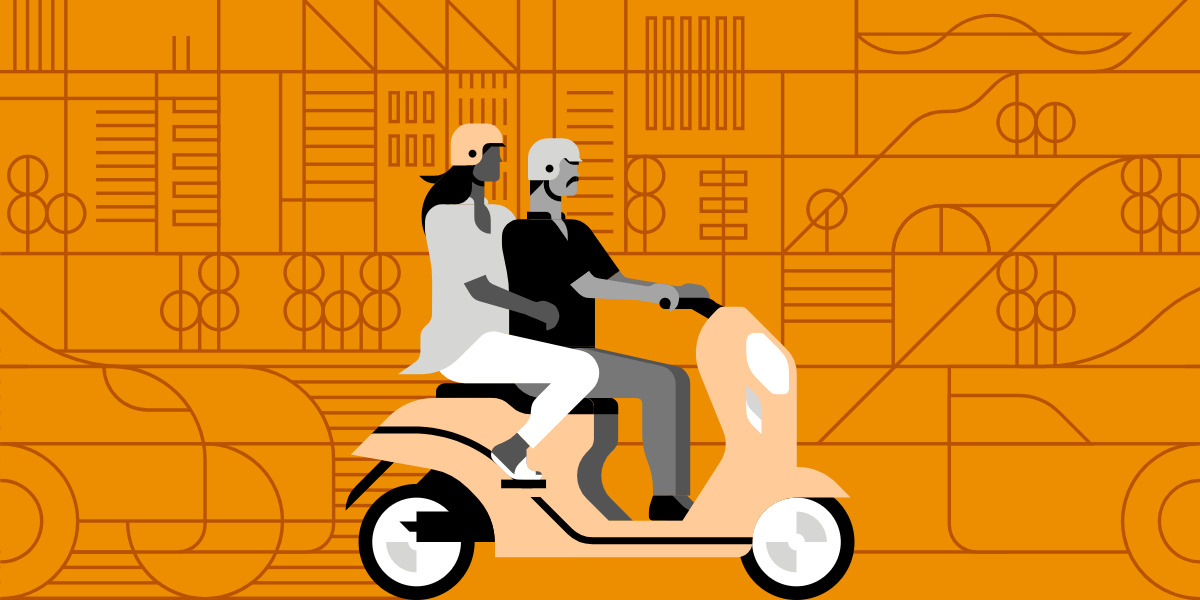 Most motorcycle ride-hailing startups setting up in Nigeria have historically started from Lagos, the country’s most populated city and its centre of economic activity. That was until February 2020, however, when a ban on motorcycles and tricycles by the Lagos State government put several companies out of business, forcing most players to find other uses for their fleet of motorcycles or seek new cities for operation in the country.

Attention has since turned to other parts of the country as viable markets for bike-hailing services with Ibadan, one of Nigeria’s largest cities with close proximity to Lagos, being the first choice. On Monday, Uber Nigeria announced its two-wheeler service, UberMoto, will commence operations in the city, where it started ride-hailing operations last October.

In a statement, Uber Nigeria’s country head, Tope Akinwumi, explained that UberMoto is an expansion of the company’s service to offer mobility solutions in Ibadan through motorbikes, known as Okada in the local dialect. Uber charges motorcyclists on its platform a service fee of 3% per trip with a minimum fare set at ₦100 ($0.24) for riders.

The new service is a “low-cost alternative for city people looking to negotiate traffic more quickly and efficiently,” a statement from the company reads. “It makes sense for us to develop a product that will help passengers get to their destination faster, which is where we can leverage our technology,” Akinwumi said.

Uber began operations in Lagos in 2014 and after two years expanded its services to Abuja, Nigeria’s capital. In 2019, it launched in Benin City, the capital of Edo State. It currently operates in more than five Nigerian cities, in which the company has launched a series of products, from UberX to UberConnect.

The American mobility giant’s entry into the okada market marks yet another product expansion in Nigeria. Uber may be a market leader in the countries it operates but in Ibadan, stiff competition already awaits. Its city of choice puts Uber at loggerheads with other two-wheeler ride-hailing startups currently operating in one of Nigeria’s largest cities by geographical area, chiefly among them SafeBoda.

Whereas players like Opera’s ORide, Gokada, and MAX.ng launched their motorcycle hailing businesses in Lagos, SafeBoda’s expansion to Nigeria from Uganda kicked off in Ibadan back in December 2019, a decision that drew criticism initially but later proved to be an act of genius when okadas were eventually banned in Lagos.

Babajide Duroshola, the startup’s manager for Nigeria, who was hired to launch in the country, told Rest of World that it became apparent a few months into the job that Lagos was not a viable location for the company. While other players in the country struggled and had to alter their primary business model after the Lagos motorcycle ban, SafeBoda thrived in Ibadan.

SafeBoda is one of the most active bike-hailing players in sub-Saharan Africa and claims to hold more than 80% market share in Uganda and Nigeria. In Ibadan, it had over 2,500 drivers and 40,000 customers as of May 2021. A month earlier, the company said it had completed 1 million rides in the city within a year and two months of operation.

Uganda—SafeBoda’s first market—was the initial African country where Uber and Bolt decided to launch their bike-hailing service, uberBODA and Bolt boda. But in spite of the popularity and financial muscle of these companies, they’ve been unable to significantly eat into SafeBoda’s market share.

According to Alastair Sussock, co-CEO of SafeBoda, as cited by TechCrunch, the company was recording about 80,000 completed rides a day in Kampala as of May 2021 while Uber and Bolt barely completed 10,000 rides in the country.

Gokada, ORide and MaxNG are also players in Ibadan. The former, a popular name in the last-mile logistics space in Nigeria, revived its e-hailing business in Oyo and Ogun states after the Lagos ban. The battle promises to be interesting as Uber enters the fray but will the company be able to compete with SafeBoda and others to capture on-demand mobility market share in the city?

“We know that we face significant competition across local transportation modes in Africa,” Akinwumi told TechCabal in an emailed response, adding that “we believe competition makes us better, which improves the service for riders and earners alike.”

Compared to Kampala, things may yet play out differently in Ibadan between Uber and SafeBoda, despite the latter being an already established player there. Also, the race for market share would most likely hinge on whichever player can offer drivers the best terms and riders superior user experience at affordable rates.

So far, Uber appears to be doing better by those parameters, according to an Ibadan-based user of both UberMoto and SafeBoda, who spoke on the condition of anonymity.

“A ₦300 ($0.72) trip on SafeBoda could go for around ₦200 ($0.48) on UberMoto. But I think Uber is still significantly cheaper because the service is new,” he said. “I’ve been using SafeBoda since March 2021 but now, getting matched with drivers is becoming more difficult. Drivers are also often rude, some even start trips without picking me up and there is no way to report issues in-app.”

Moreover, in spite of the presence of several players, there is still ample space for Uber’s bike-hailing business in Ibadan, a city covering a total area of 3,080 square kilometres, home to over 6 million residents with a strong motorcycle transport culture but has only an estimated 80,000 active okadas.

In addition to a large population and a motorcycle culture, regulatory certainty is another reason bike-hailing startups prefer Ibadan. In Oyo state, conversations about regulating the mobility sector have been simple. Governor Seyi Makinde, in April, gave an assurance that his administration does not plan to ban the operations of motorbikes in the state.

Still, startups should be cautious of regulatory risk, a major problem that’s historically hindered ease of doing business in Nigeria. When quizzed on this, Akinwumi noted that Uber will continue to “actively work with regulators to ensure we comply with the requirements set out by the government in each city we operate in.”