How the Cameroon Angel Network invests in startups 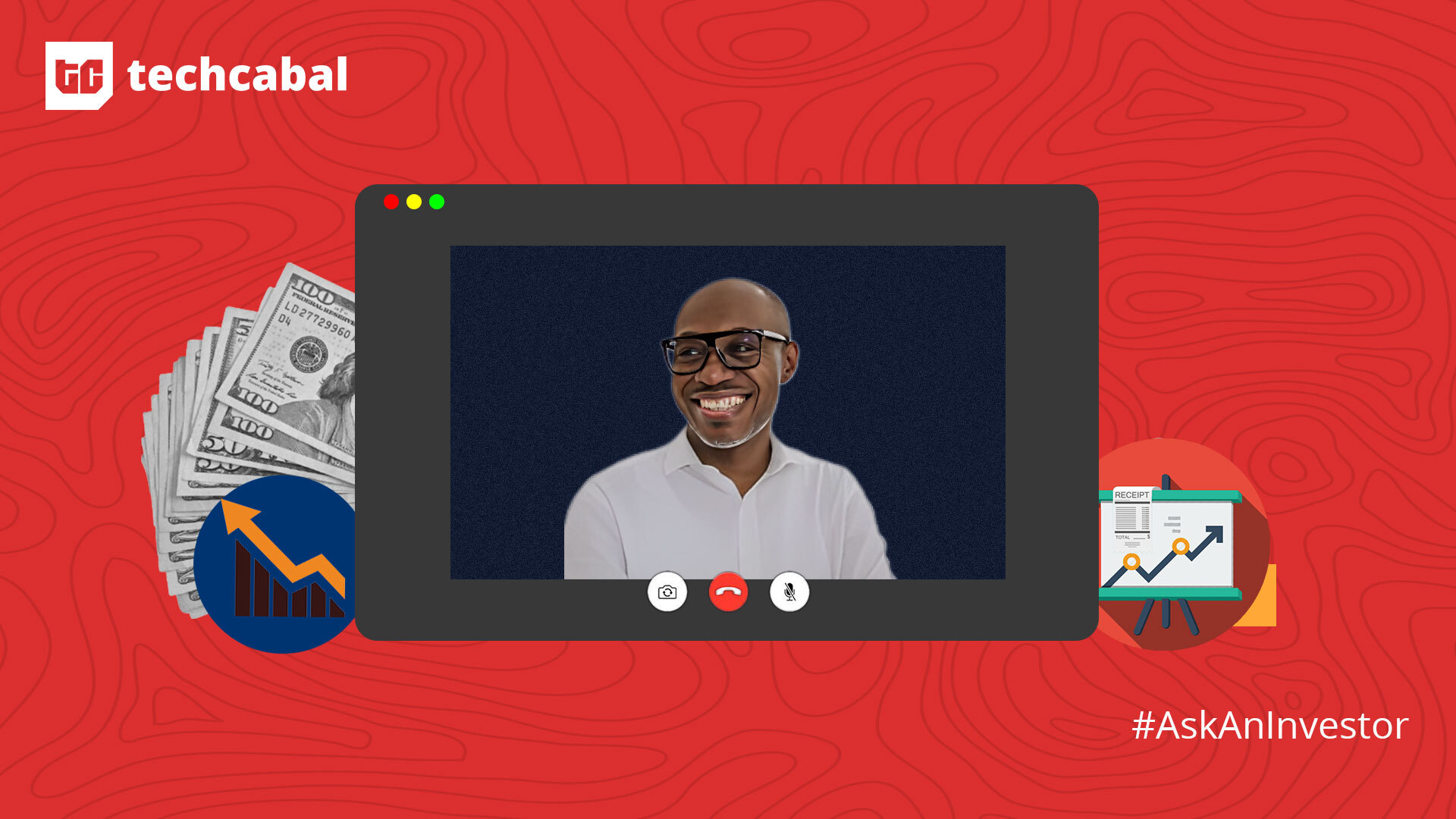 On a cool evening in the summer of 2016, a group of friends in Cameroon were having a nice time over a bottle of wine.

After a while the conversation drifted to the topic of investments and the opportunities that abound in the country. As the conversation got more serious, Serge Ntamack, then Director of Public Policy at Microsoft; Rebecca Enonchong, founder and Chief Executive Officer of AppsTech; and other friends talked about pooling resources together to start investing in Cameroonian startups.

After two years of doing this and welcoming new members to the group, it was time to make the investing arrangement formal by registering the group.

This was where they faced their first big challenge.

“We got a very interesting challenge from the government, because people were asking us, if your organisation’s name is Angel, it means you’re probably a church. You should be registered as a religious group, so follow the registration process for churches,” Ntamack said over a call.

After much back and forth over the span of 2 years, the government officials finally accepted that Cameroon Angel Network (CAN) was not a church and, in 2020, their registration was finalised.

Since then the Cameroon Angel Network has continued to invest in startups and attract new members, mostly entrepreneurs.

“We have a few other people running their businesses or making a living from Cameroon,” Nnmatak said, explaining the composition of the Cameroon Angel Network. “Our members include a former executive at Microsoft, IBM and Oracle who now owns his own business. We have a former CEO of the largest company in Cameroon. We also have people in the diaspora who are investors, some in Silicon Valley, California.”

He also stressed that to qualify to be a member of the Cameroon Angel Network you just have to be someone who is interested and willing to invest in Cameroonian startups. You don’t need to live in Cameroon or be from Cameroon.

Daniel Adeyemi:  How’s it being like recruiting people to join CAN?

Serge Ntamack: It’s been mostly through word of mouth. It’s as simple as just mentioning it to someone I come across that I think is a good fit. We all know people within our network.

It’s important to add here that, in the beginning, we didn’t want too many people. We wanted a few people who were entrepreneurs and could bring something to the table. Now we want to get more people to invest because we’ve seen that there’s a lot of money in circulation. However, we need to convince people to spend this money on startups or else they’ll typically build bakeries, hotels, or residential properties.

For this new set of people, joining the Cameroon Angel Network is no longer just based on personal relationships but through a proper explanation of how angel investing works: how much they can invest, the risk they’re exposed to, and possible returns. We’re going to take a structured and professional approach.

SN: I’d like to first point out that Cameroon has a dual culture: you have the French-speaking parts, which is the majority of the population, and the English-speaking regions. (Remember, Cameroon shares borders with Nigeria in Adamawa state.)

Notably, the startup scene started in the anglophone part of Cameroon. Why? The government invested in a small training centre that grew into a full university. It became the bedrock of entrepreneurship and an area now called Silicon Mountain. This helped increase the maturity of entrepreneurs and investors in that region.

On the francophone side, however, the available body of knowledge was small; there wasn’t much knowledge about how to build a startup. This is because the francophone ecosystem is a bit closed. Here people turn to France a lot, and, until recently—2–3 years ago—there wasn’t much you could learn from France. France was very inward-looking in terms of entrepreneurship and building startups. Although we’ve made progress in the past 5 years. So the first thing to note about investing in francophone Africa is the maturity of the players in the startup ecosystem.

Next is the market size and sophistication. In terms of market size, Nigeria, South Africa, and Kenya are top in Africa. Whereas, while Côte d’Ivoire, for instance—when you look at basic economics today—is the leading country when it comes to Gross Domestic Product (over $60 billion) and has a population of over 20 million people, its wealth is heavily concentrated in Abidjan, the capital. The bulk of the wealth resides in 1 or 2 spots in the country. So it’s difficult to invest in that market.

Cameroon, for example, has a similar population size to Côte d’Ivoire, but a different landscape. This is a market, for instance, where our top employers are  government-owned enterprises. The top companies in Cameroon are either retail or FMCG companies in the beverage industry. Many of the companies in our economy are geared towards addressing our basic needs.

In general, however, you have to be careful about generalisation in francophone Africa. There are some common threads, but there are some differences among the countries. It’s no surprise that Wave partly came out of Senegal. Senegal is in a league of its own; it’s a more open country, with an enabling environment for young entrepreneurs. For instance, Senegal was one of the first countries in West and Central Africa to have internet connection—I think back in 1995. It’s also one of the closest African countries to the US and less than 400km away from Brazil.

DA: You mentioned the top companies in Cameroon are in retail and FMCGs. What then are people building in tech?

SN: In the last 5 years, from my perspective, I’d say there have been 3 different startup waves in the market. First, startups were building classifieds, for instance online classifieds and e-commerce platforms, when Jumia launched in Cameroon everyone wanted to do eCommerce.

So, if you’re able to get authorisation from the central bank and you’re a Cameroonian fintech, what you’ve built for Cameroon is valid for Gabon, Central Africa Republic, Congo, and Equatorial Guinea.

We’ve also made some progress in health tech. One of the potential success stories we’ve seen is a healthtech company that started out as a platform that enables pregnant women to schedule their hospital visits and control their decision over the course of their pregnancy. Now it’s going to become a fully-fledged tech company.

In the transportation sector, just like we saw in Nigeria, motorbikes play an important role and offer a big business opportunity. We’ve seen a few players come into that space. Lately, we’ve seen activity in the social impact space like recycling and reusing tires from the road side for other things.

DA: How does the Cameroon Angel network operate now?

SN: We give members the opportunity to come up with proposals and recommendations for a startup that they find fascinating. The member who comes up with the recommendation can get the startup to pitch to us separately during a single session or a pitch demo day.

Today, because we’re still developing the rules, that’s still largely how we operate. The second approach we’re looking at is partnership with local hubs. At the stage that we invest in, seed or pre-seed, we believe it’s important to be very efficient, to have access to the right pipelines of startups. We also expect that  these startups have the right background, passing through an incubation program. At the end of the year we want to ensure that 60–65% of our portfolio companies are from incubation programs.

We encourage startups to reach out despite our desire to work with innovation hubs. It helps us feel the pulse of the ecosystems and hear directly from startups.

SN: We don’t have a generally agreed ticket size, but usually I’ve mostly seen investments of $1,500–$4,000. We’ve also seen investment go as high as $10,000 or $15,000. Our investment is often matched by Catalytic Africa, a programme by the African Business Angel Network (ABAN) with support from the French government agency. This helps increase the total amount we invest.

Essentially, we work with ABAN to identify 1 or 2 startups that we can invest in, and they’ll match the funding. It increases the size of our ticket and helps amplify the size. In addition to this, It often takes about 2–3 months to decide. It varies depending on the startup, sometimes we’ve decided after a week or just a call.

DA: What do you look out for in founders or startups before investing?

SN:  I’d say all the investors look for the same thing in startups, they invest and want a return on their money. So we look at similar things like what’s your product, addressable market, traction gained and competition. We also look at the composition of the team in terms of skills and experience. We consider the use of technology or the lack of technology, if you come up with an idea and its game changing, you have to prove that it works.

The third thing we focus on is progress made so far. There are a lot of startups that only run around, winning awards, but if you look at their track record, they’re not making progress.

DA: Hmm, $4,000 sounds small compared to the million people are raising, is this amount helpful to the startups?

SN: Yes, it’s very helpful to them. We come in at a stage where they’ve just moved from an idea to having a little traction. If we bring in $4,000 and multiply it by 2 or 3 depending on Catalytic Africa’s contribution, that’s about $8,000–$12,000. The amount is significant considering the scale at which the startup operates.

One more thing we do to ensure the money is helpful is we ask that the money needed be tied to specific projects or activities. We ask them what they need the money for, whether it’s to hire a CFO or buy more tools, and how much it will cost. For example, one of the startups that Catalytic fund invested in alongside us wanted to acquire some motorbikes. This made it easy, as we knew where the money was going. We work with local law firms to do due diligence, some of our members have that background.

DA: How much equity do you ask for in exchange for the amount invested?

SN: There are usually two options: convertible debt or equity. The equity is usually between 0.5–3%, depending on the amount invested. Most times we use SAFEs, It’s very rare that we’ll invest in a priced round.

DA: You earlier mentioned ABAN’s catalytic fund support, in what other ways has ABAN supported CAN?

SN: ABAN has been very helpful. An additional challenge investing in Equity/SAFE rounds raises is that we initially struggled a lot with contract law—how to ensure that our investments were bounded by the law.

This is one area ABAN helped out, by translating these new forms of investing into contractual terms that are in line with our own legal framework. They also made them freely available to ease investments. They also helped in capacity building, by training members of our group on how to invest better.

The reality is that even me I got into angel investing out of interest. I love innovation, I used to work for Microsoft, I travelled to Seattle and Silicon valley but all of that didn’t mean I understood how things worked.