What if Nigeria won the World Cup? 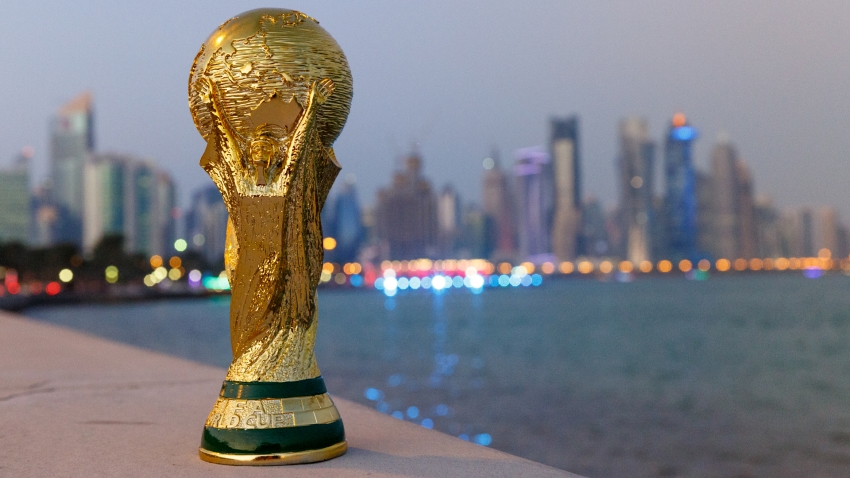 This story was contributed to TechCabal by Olawale Adegoke.

In many Nigerian homes, chances are there are at least 2 passionate football fans. There aren’t many things that hold similar levels of reverence and following as football does in Nigeria. Nigerians are quite simply crazy about the sport. And nowhere is this passion as prevalent as in a World Cup year.

The very nature of football competitions such as the World Cup, the  Olympics, or AFCON is national coalescence. Not only do they stand out as the most prominent football tournaments in the world, they also rank as the only competitions that can manage to bring a sense of unity in an otherwise mostly-torn, extremely diverse nation. Cheering on the national team, nothing else matters but the common enemy that is the opposition team and the country they represent.

It matters little where you’re watching the match from or what your political, tribal or religious inclinations are. Once that kick-off whistle goes, your passion joins forces with other Nigerians, creating a 100-million strong band of a national frenzy.

While the frenzy surrounding football competitions remains the same, the manner in which Nigerians are experiencing the game is evolving. Technology has become an integral way fans consume sports. In a 2020 Capgemini Research Institute report, nearly 70% of the 10,000 sports fans interviewed say that emerging technologies have enhanced their overall viewing experience, both inside and outside the stadium.

If emerging technologies are undeniably the future of sports—and research forecasts that 80% of organisations expect to compete mainly based on customer experience over the next three years—then Nigerian tech companies are rightly building at the intersection of these factors, tapping into digital technology to strengthen fan engagement.

One of such companies pioneering the sport-tech industry is LVM, with its flagship product lovefootball.ng, a fantasy football platform where soccer fans get to stay updated, socialise and compete for amazing rewards. Fans’ rapid adoption of this and other sporting platforms like LiveScore, SportyBet and Goal.com is a testament to the burgeoning fanbases that exist in and out of the stadium.

With football tournaments like the Olympics, the World Cup or AFCON happening this year, fans’ desire for real-time data and analytics rise as a result of genuine interest in the games they like. Technology can be utilised to deliver more info to fans while watching games. Scoreboards, real-time statistics, data visualisation, and the option to wager in and out of the stadium can be used to elevate the experience to new heights, maintaining and growing fan engagement.

In the sports industry also, augmented reality (AR) and virtual reality (VR) are rapidly being used to offer new experiences for audiences, allowing spectators at home to feel like they are seated in the front row. Interactive activities can also place a fan on the pitch during a game as a virtual participant.

Not only is technology able to improve fans’ experience, it is also used to improve the players’ experience of the game as well as their performances. From the tiniest modifications in action to weight distribution, AI and data science can be employed to assist players in making the progressive gains that allow them to reach the pinnacle of their game.

Technology is also revolutionising the business of sport and the ways sports teams are funded and managed. Sporting Lagos, the brainchild of Paystack co-founder, Shola Akinlade, is one of the local football clubs introducing a 360-experience in football management. Godwin Enarkhena, the team’s technical director says Sporting Lagos is a football club that will introduce innovations to the matchday experience.

“This is a new baby that is here to change the narrative. We have software engineer, Akinlade, as our motivator, with a tested businessman, Uzo Okonkwo as our general manager. Sporting Lagos FC was conceived because we want to employ our knowledge to create a 360-degree experience in football management. We want to create a family-oriented club, which will offer more than just football to fans,” Enarkhena told The Guardian.

Sporting Lagos’ unique mode of recruiting founding members via Twitter and crowdfunding operations brings another dimension to the possibilities sports businesses can tap into by leveraging technology to engage fans and involve them a little more in the experience of the club. Founding members in this case enjoy perks such as match tickets, team jerseys and the opportunity to have a say in club decisions.

The implications of technology in sport are not limited to a holistic experience for sports fans and players, but also extend to the entire value chain of football, and sports at large. Forty-nine percent of the people interviewed for a Capgemini report said they have often increased their spending on team/brand merchandise following a good experience, and 42% have increased this spending a few times. International tech businesses like Fanatics, Socios, and Sorare have gathered a lot of interest and raised a lot of money to address the gaps in fan engagement by allowing fans to digitally purchase merchandise, own fan tokens that give them voting rights on club decisions and trade digital tokens representing their favourite players and teams.

Hypothetically, let us imagine Nigeria were to book a place in the World Cup finals later this year, and perhaps goes on to win the tournament. The celebrations would be something to behold. The ripple effect of such would be felt in all aspects of the economy. Alcohol and beverage companies like Guinness, Nigerian Breweries and ABinbev will see a surge in sales as drinks are consumed in merriment. Mobile network providers also make a killing as more and more fans purchase internet bundles to keep up with the games.

Fabric and clothing companies would also capitalise on this, stamping Nigeria-themed colours across all clothing types. There would be lace and Ankara materials cut out of similar visual designs to the national team’s jerseys, and these materials would be massive hits with buyers. Manufacturers of sports jerseys use reactive supply chain strategies. In such situations, when a team moves to the next round of competition, more jerseys are needed. However, demand is expected to surge with the influence of technology, as vendors gain visibility on social media platforms like Instagram and TikTok that leverage visuals for advertising and sales of sports merchandise.

Speaking of social media, another tech-enabled sports value chain is new media. In the sports sector, social media has become a driving factor controlling the narrative. Teams and players give serious attention to expanding their internet presence by creating and marketing team-specific content to remain in touch with supporters before, during, and after games in competitions like the World Cup and English Premier League. Reddit, Twitter, Facebook, and Instagram are all excellent sites for streaming video highlights of your team’s games, either before or after an event. In fact, among younger audiences below the age of 25 years, it has been gathered that they prefer to watch highlights and clips online via social media than to watch the entire game on television or at the stadium.

Since the beginning of 2017, social media posts by the top-5 US sports leagues have generated 16.7 billion interactions, according to MVPIndex. Making captivating recordings from field level viewpoints, which are unavailable to television viewers, may increase engagement by making supporters at home be equally immersed in the game. As of 2018, 30% of fans watched live on their phones or tablets, so it is a no-brainer to target this audience.

Organisations looking to adopt and maximise modern technology in sports should concentrate on 4 areas:

Fans of sports are fervent and curious. They want to have everything there is to know about their beloved team at the tip of their fingers, and handing them a programme with all of the players’ jersey numbers no longer cuts it. As a result, it’s logical for sports teams and other organisations in the business of sports to engage with supporters using platforms that they have become familiar with. So that, as the way in which modern fans interact with sports evolves, so would the way in which sports organisations interact with these supporters.

Businesses interested in tapping into the excitement of these burgeoning fanbases while leveraging technology should work with a trusted specialist who understands both the sport and the technology needed to improve customer engagement to get the most out of this technological progression. Whether Nigerians are watching the World Cup at home or at the stadium, innovative technological solutions will boost their enjoyment and engagement. There’s definitely something there for businesses to leverage on.