Google is dredging up old memories with a new Docs update similar to what Microsoft Word does.

According to The Verge, Docs will soon start promoting concise writing with a purple squiggly line that highlights sentences that could be clearer.

If it sounds familiar, that’s because you’re 40+ and you use Microsoft, or Grammarly, and are used to this feature already.

While Google Docs does have a spell check feature, writers who want to get suggestions on grammar and conciseness need to use third-party apps like Grammarly to get it. 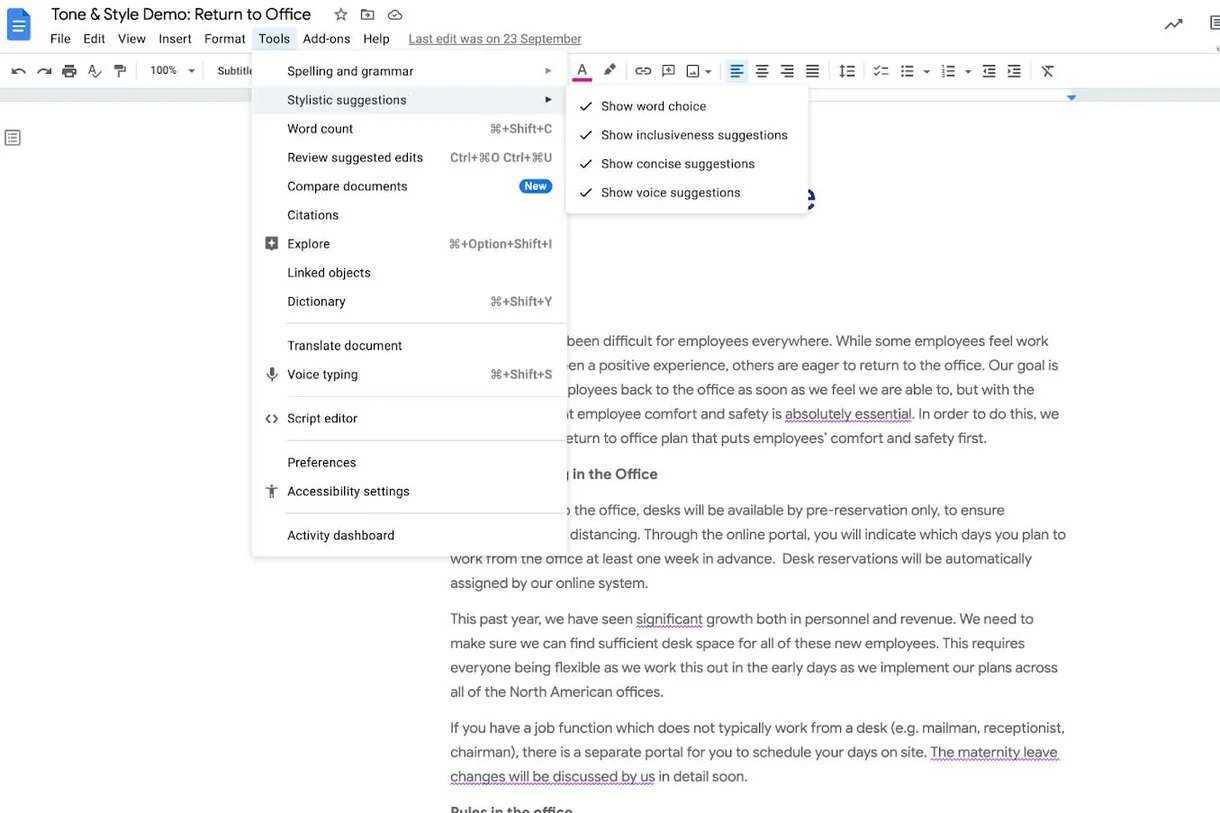 Image source: Google via The Verge 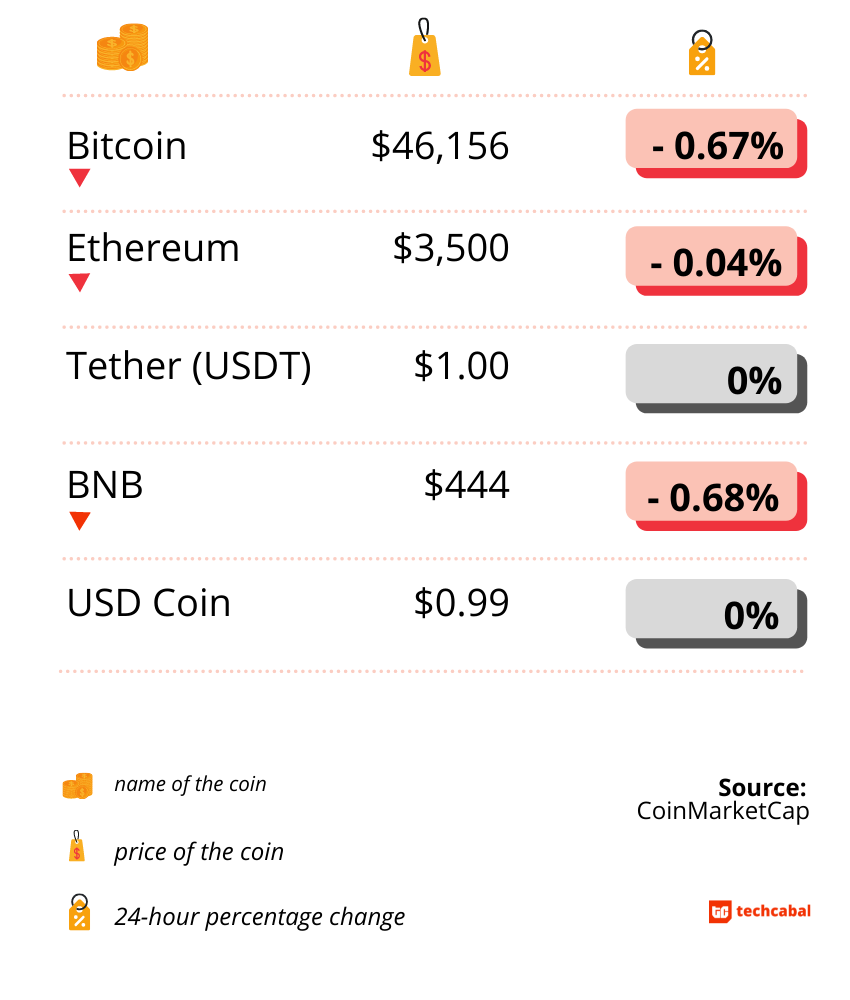 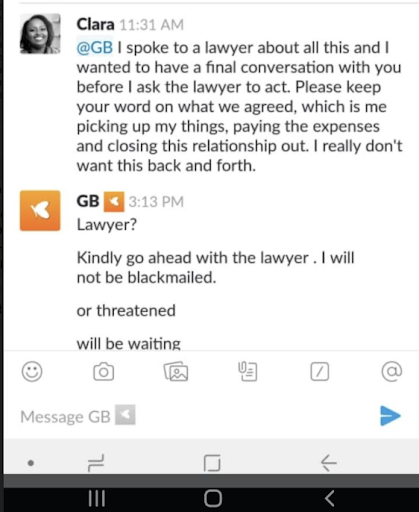 In the early hours of Monday, April 4, Clara Wanjiku, an ex-employee of Nigerian payment company Flutterwave, published a Medium post calling out the company’s CEO, Olugbenga Agboola, for “5 years of constant harassment”.

In the post, Wanjiku claims that after quitting her job as Head of Implementation at Flutterwave (Rest of Africa) in 2018, she wasn’t paid her “dues”, and sued Flutterwave over this allegation.

Following her move to sue, in her post, Clara claimed that she received calls from a number of Flutterwave staff, asking to talk and resolve the issue out of court.

According to Wanjiku, she was also accused by the company of being behind a Twitter account that accused some male members of Flutterwave’s management of sexual harassment.

When she tried to get another job at a Nigerian bank, after leaving Flutterwave, she claims Agboola “sabotaged” the opportunity by saying she was a bad worker.

Wanjiku sued Flutterwave for damages resulting from the company neglecting to remove her as the contact person on their M-Pesa account. The police hounded Wanjiku and her family after the account recorded a fraudulent transaction.

While Wanjiku sought $900,000 in damages for the alleged negligence, the court awarded her $2,500, a settlement she didn’t agree to.

Zoom out: These accusations come at a time when African startups with unhealthy work cultures have been put on notice. TechCabal is investigating this story, and has reached out to Wanjiku and Flutterwave’s management for comments. 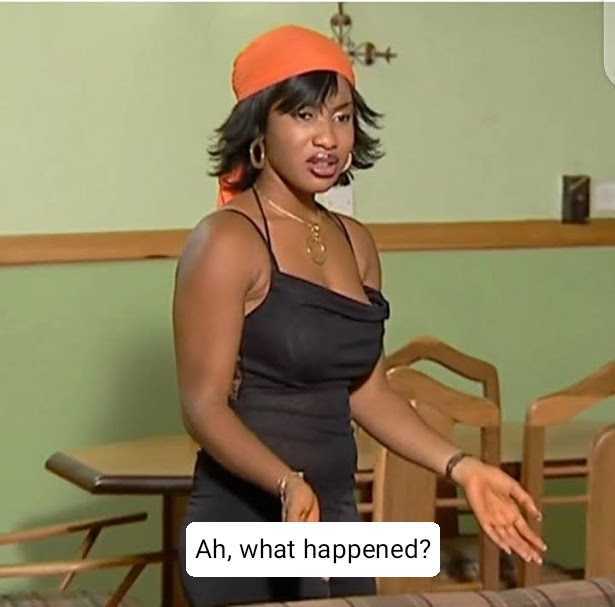 Disconnecting from everything can often be the boost you need for productivity, and it looks like African governments are taking this mantra very seriously.

Yesterday, we reported how Zambia disconnected 2 million SIMs in its fight against mobile money scams.

Now, Nigeria is taking the baton—and in its usual upstaging manner—may be disconnecting millions of SIMs.

Yesterday, the National Communications Commission (NCC) ordered all network providers in the country to bar outgoing calls to all SIMs that aren’t linked to National Identity Numbers (NINs).

Mobile money might not be big in Nigeria, but that hasn’t halted the progression of phone scams through texts and calls. Several individuals have fallen victim to scammers who empty bank accounts after pretending to be customer care agents from banks. In 2020, over ₦5.2 billion ($12 million) was lost to fraud in Nigeria, with mobile fraud growing at a 330% Y-o-Y rate. 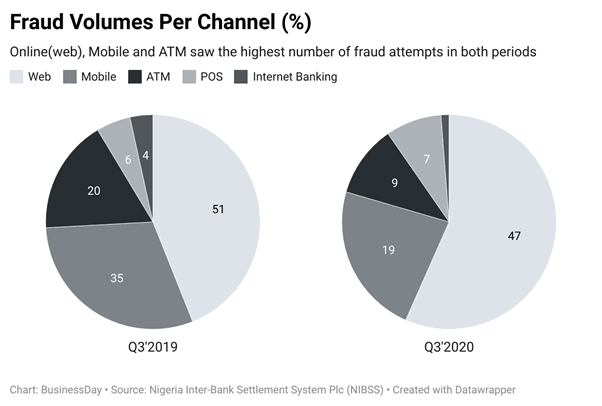 A lot of these scams are committed through prepaid phone numbers and SIMs. And if all SIMs are registered to individuals, then scams can be tracked and addressed better.

As part of its digital identification process, Nigerian Communication Commission (NCC) announced in December 2020 that all citizens should link their National Identity Numbers (NIN) to their SIMs—up to 7 sim cards can be linked to 1 NIN. While a 2-week deadline was given in 2020, it has been extended multiple times to give the country’s 197 million active sim cards.

The last deadline extension was in December 2021 when the government gave a March 31 deadline for subscribers to link their NINs to their SIMs.

The deadline is up

The deadline lapsed last Thursday, and the NCC swung into action yesterday with its order.

Presently, about 125 million SIMs have been linked to NINs, according to NCC Director of Corporate Communications, Kayode Adegoke. With 197 million active SIMs, per data from the NCC, this means that 72 million SIMs may be disconnected in the coming days.

You might not realize it, but you most likely used Intercom before—it’s the best way to connect with your customers. The platform helps you engage and support your users through personalized, chat-like experiences, with over 25,000 companies using it every single day. And they have great things to say too: “It’s almost like all websites I visit with that @intercom chat button I instantly associate them with great customer service. Just like @Intercom intended.” 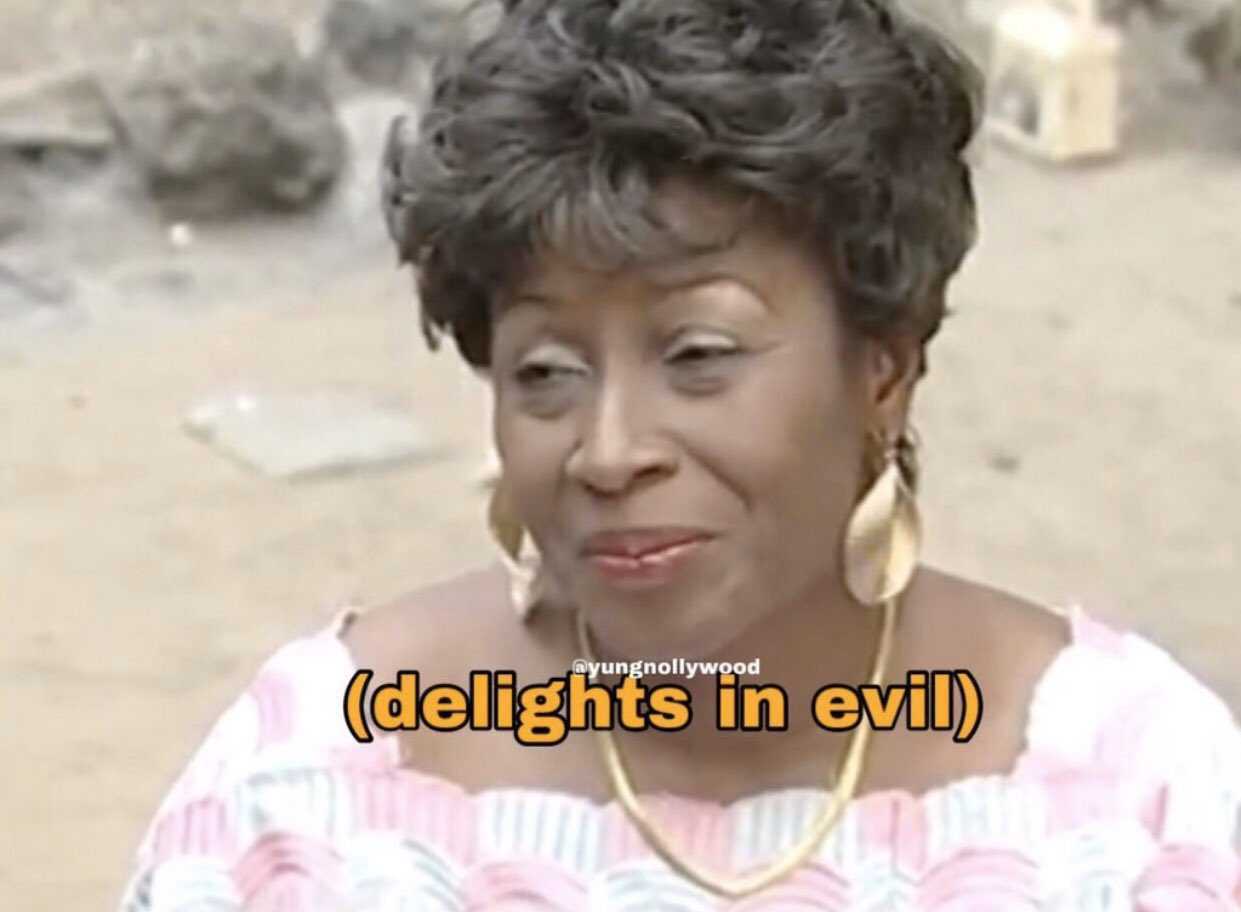 What’s that saying, if you can’t beat them, smear them?

If that sounds wrong to you, it definitely didn’t to Facebook parent company Meta.

Last week, it was revealed that Meta hired one of the biggest consulting firms in the US to orchestrate a nationwide smear campaign against its rival, TikTok.

According to The Washington Post, directors at Meta hired Targeted Victory to “get the message out that while Meta is the current punching bag, TikTok is the real threat, especially as a foreign-owned app that is #1 in sharing data that young teens are using.”

Facebook is on a sugar crash. It’s on a losing battle with TikTok. Since its rebrand from ByteDance, TikTok has steadily grown to be the third-largest social media platform.

So Facebook is ahead, yes, but TikTok is catching up. More people are spending just as much time on Facebook as they are on TikTok. More importantly, creators are flocking to TikTok as the platform rewards them more than Meta’s Instagram Reels.

Instagram and Facebook generated 98% of Meta’s $118 billion revenue last year, but it’s also losing followers, especially from its target audience of young people. If TikTok continues at its pace, it could potentially reduce Meta’s earnings.

TikTok should be scrutinised too

Approached with the allegations, Meta defended its campaign. Meta spokesperson Andy Stone said, “We believe all platforms, including TikTok, should face a level of scrutiny consistent with their growing success.”

In recent years, Meta’s platform has been under constant scrutiny across the globe with Europe concerned about how Facebook uses data, the US concerned with how harmful Facebook and Instagram are to young adults, and African countries addressing how much information their citizens can access on the platforms.

This all-around scrutiny has helped keep the platform on a leash, especially with recent policies on how it shares its data, how it addresses misinformation and new features that protect teens.

Meta definitely seems to have good reasons but do the ends justify the means? 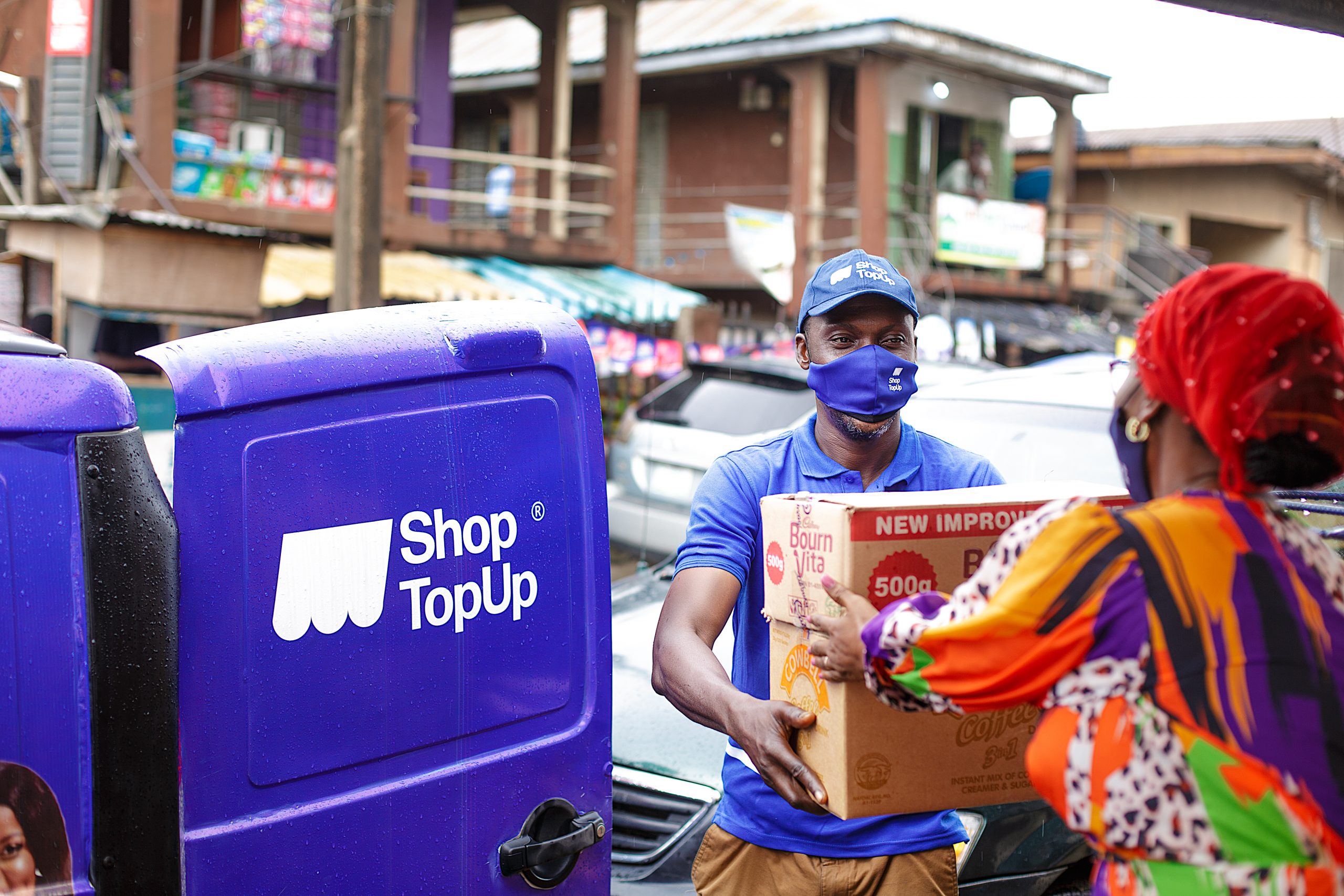 Newsletters
The Next Wave: What can embedded finance do for African businesses?
Sultan Quadri