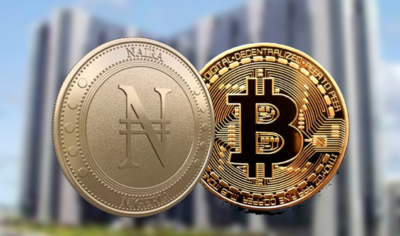 With the rollout of Africa’s first regulated digital currency—the eNaira—seen as successful, governments across the continent are ramping up research into what could be a game-changer for the continent.

This article was contributed to TechCabal by Conrad Onyango/bird story agency.

The foray into central bank digital currencies (CBDCs) in Africa is seen intensifying in 2022, following the roll-out and widespread uptake of the e-Naira, the continent’s first virtual currency backed and issued by a central bank.

More than 80 percent of the world’s central banks are now considering launching CBDCs, according to PwC’s 2022 CBDC Global Index.

“This year, central banks are ramping up activity in the digital currency space. The success of Nigeria’s eNaira is likely to spur CBDC development in countries where financial inclusion is one of the key desired outcomes,” said PwC UK, Blockchain & Crypto Specialist, Haydn Jones.

Nigeria tops the PWC’s global CBDC retail index – affirming the country’s success in deploying its digital currency. Despite the much-publicised early problems with the eNaira site, within three months after its launch, more than 600,000 eNaira speed wallets had been created, with app downloads in 160 countries.

Between October and December 2021, there were over 35,000 transactions using eNaira, with the bulk of these – 90 percent – being person-to-business and vice-versa, according to the index. This pattern suggests that the eNaira is being used for retail transactions.

Governments in Africa as well as central bank officials are paying close attention to the eNaira’s performance.

“We expect CBDC research, testing and implementation will intensify in 2022,” said Jones.

Already, nine African countries are in the research stage, ahead of the adoption of digital currencies. Seven of these – Kenya, Madagascar, Eswatini, Rwanda, Ghana, Morocco, and Tunisia – are listed by the US think-tank, Atlantic Council on its Central Bank Digital Currency tracker.

However, the CBK has warned that Kenya will not hurry the roll-out until stakeholders are able to address risks associated with cryptocurrencies.

“Let’s not look at CBDCs as the silver bullet for all the problems that we have. On the contrary, deal with the problems directly,” said CBK Governor, Patrick Njoroge, during a Bank for International Settlements (BIS) Innovation Summit in March.

While acknowledging digital currencies’ potential to expand financial inclusion, and improve traceability, safety, and efficiency of payment systems, the Bank of Zambia, the country’s central bank, said in February it would conclude its research on digital currencies only in the fourth quarter of the year.

Mauritius, which was looking at rolling out its regulated digital currency in 2021, is still in the development stage, according to Atlantic Council.

South Africa is closest to making an official rollout announcement, with signs that project Dunbar, in which it is involved, is nearing the completion of its pilot phase.

Project Dunbar is led by the BIS Innovation Hub (based in Singapore), in partnership with the Reserve Bank of Australia, Central Bank of Malaysia, Monetary Authority of Singapore, and South African Reserve Bank

In a joint statement, they said two prototypes developed for the project demonstrated the technical viability of shared multi-CBDC platforms for international settlements.

The PwC ranks South Africa sixth in the global CBDC Wholesale Index, with this and Nigeria’s top rank in the retail segment highlighting a readiness by African central banks for CBDCs to be used to transact both low and high-value digital currency transactions.

“As each use case develops, we can bring more people into the economic and financial system and lift tens of millions out of poverty,” he said.