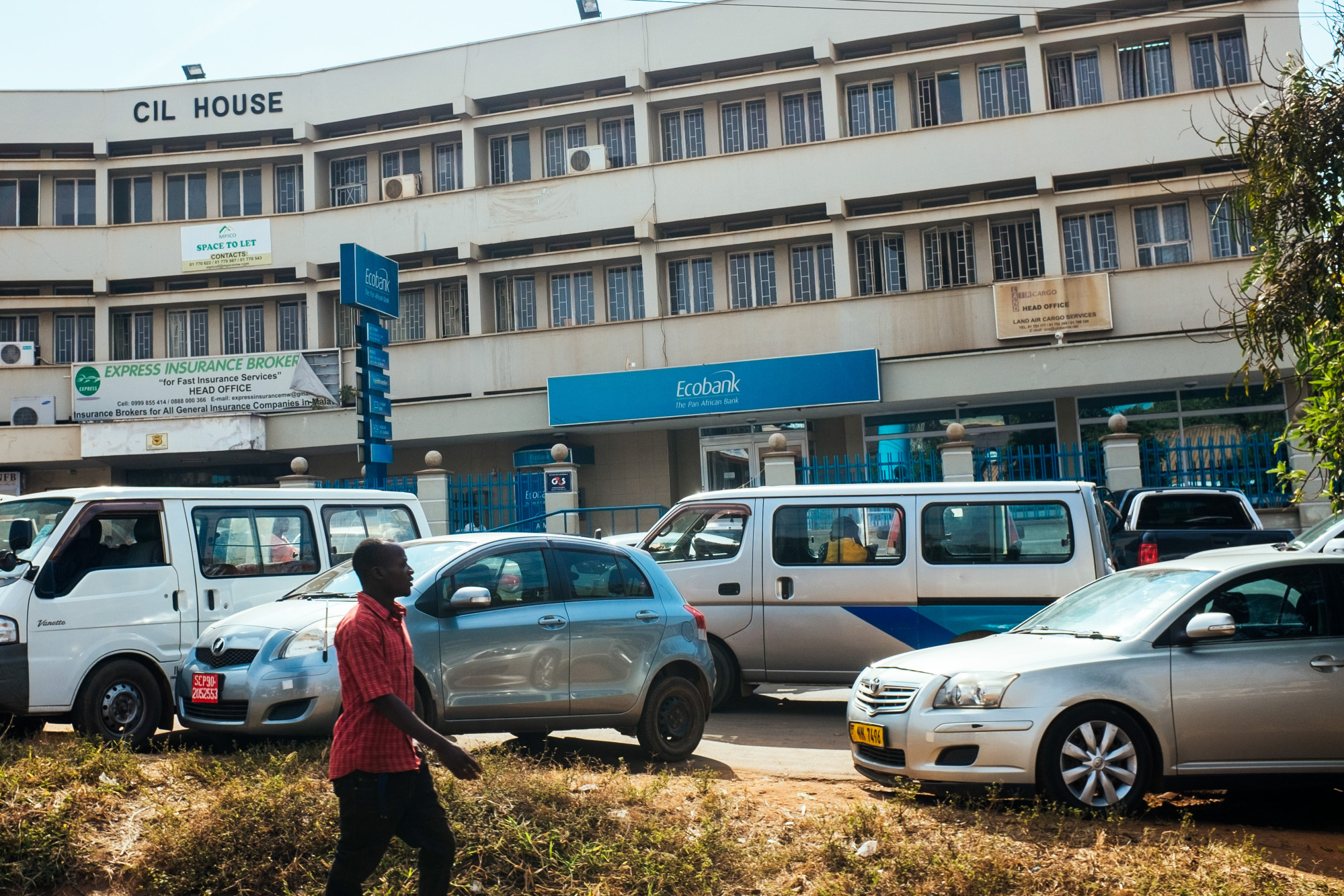 Africa’s fintech industry is the most funded tech sector on the continent, with investment data from Partech, reporting that 63% (or $3 billion) of Africa’s total VC funding went to fintech companies in 2021. But there are a lot of reasons why fintech is big in Africa.

At last count, Africa had 350 million unbanked adults. Data from the Global System for Mobile Communications (GSMA) shows that 70% of the world’s $1 trillion mobile money market is in Africa. Also, considering that by 2050, a quarter of the humans on the platform will live in Africa. This gives an idea of how large the African financial pie is. But more often than not, the fintech sector is seen as disruptive in the traditional banking space.  But industry insiders have discovered that it is not the case, especially in Africa.

At a fintech breakfast series event in April 2022, put together by Ecobank Nigeria in partnership with TechCabal, industry leaders came together to discuss pertinent issues. These issues will see them both collaborate to solve customer pain points on the continent.

How to make it work

In a panel moderated by  Danel Adeyemi (senior reporter, TechCabal) Tomi Majekodunmi, the CEO of Bankly, discussed the different ways banks and fintechs can work together. She revealed that Bankly tested out their idea without any pressure to get a license owing to a partnership with a bank. She explained further that this type of partnership is important because acquiring a license is a lengthy process. She revealed this type of partnership helped Bankly, as its partner bank held its hands to navigate the dos and don’ts of the financial industry.

She also explained that Bankly entered a vendor relationship with its partner bank, which allowed it to use Bankly to use its API to power wallet creation, transfers and other financial services.

She explained that there is a power dynamic between banks and fintechs, especially early stage startups, and advised fintech founders against prematurely signing contracts without running a 30-day pilot test.  “This is because when we pivoted to agency banking, if we hadn’t put out 100 terminals into the market and signed a contract with a partner bank, I wouldn’t have been able to get out of something that would have killed the company.”

Speaking on how the financial industry stakeholders can think about the bank-fintech partnership, Mr Gbenga Ajayi, a partner of QED Investors, a fintech venture capital firm, said it is important to note that fintechs are not entities that are working to displace banks.

He explained that super fintechs are fintechs that start with one product and as soon as they build a relationship with the customer they start to provide other products and services. “And there is going to be a consolidation in that section. So, if you think it is annoying to compete with small fintech companies, imagine when the super ones come.”

Ajayi said fintechs should care about banks because of their regulatory strength; he explained that apart from having the appropriate licensing and a direct communication link with the CBN, commercial banks possess stronger muscles for dealing with regulators. .  He also said that fintechs should partner with banks because they have a lot of unhappy customers, so they can offer to help the banks or take those unhappy customers away. ”Banks have a lot of money (the profit type) which allows them to be open to reinvesting their money,” Ajayi said. He outlined the fintech landscape as one that consists of enablers, adjacent competitors, and direct competitors. He noted that while enablers already work with banks, he advised banks to partner with adjacent competitors before they become direct competitors.

Daniel Ahouassa, co-founder of Weblogy, an online marketing agency, said since it was founded 25 years ago, it has been working to provide digital services to banks, notably the development of a super app in partnership with Ecobank, UBA, and Visa to help banks make smarter decisions, increase efficiency, serve the customer on the digital channel and open opportunities. In Ivory Coast, the biggest problem of banks is taking risks, so, he thought to reduce the amount of risk that banks are taking by engaging In a relationship with a customer. Another challenge he identified was governance, so it partnered with other companies to reduce the risk of taking up customers. He also said that they seek partnerships with other banks trying to expand to Francophone Africa and help them improve the customer experience.

As opposed to the widespread belief that banks are late to innovation, Isaac Kamuta, the group head of payment, cash management and client access of Ecobank believe banks are innovative;  for launching the first credit cards in the 1950s and pioneering online banking in the 1980s, way before internet banking began gaining traction in the 1990s.

He advised fintechs to choose partners that will help them scale and when they are expanding, they should pursue interconnectedness. That is, ensure that they do not need to do integrations in every country they move to, instead they just enable their services in these countries, or else it will reduce their speed.

He noted that part of the reason fintechs have been able to move very fast is that they are not as heavily regulated as banks. He explained that this heavy regulation is the reason banks have thousands of compliance officers and spend billions on compliance, which ultimately makes them slow. But he advised that fintechs can leverage this compliance investment, by partnering with banks who will help them remain safe and do things within the law.

Answering a question from the audience on how first-time founders and early-stage fintechs can know the right time to partner with a bank, Majekodunmi said, “Look for the bank who has strength in whatever you’re looking for. It might be technology infrastructure, scaling, regulatory strength or some form of credit; hit them up and get a warm introduction and get things going,”

Ajayi, answering a question from the audience on the role partnerships with banks play when investors consider investing in fintechs, said that it depends on what the fintech company is trying to build. He noted that it is especially important for fintechs trying to disrupt banks to have a bank relationship which will make them competitive enough to face competitor banks. Although he said that is not always the case because in his experience he knows a fintech that became a unicorn without partnering with any bank.  Although he admitted that partnership with banks gives fintech speed to market.

Kamuta, answering from the audience on what banks look out for in fintechs that they potentially trying to partner with, said that when Ecobank sits down with early-stage fintech companies it ensures that these fintechs are truly solving a problem, working with a viable idea, and are not overlooking regulation and compliance.

Ajayi said that successful bank-fintech partnerships get C Suite sponsorship, which allows the bank to adjust accordingly; align both cultures; and ensure they truly have the capabilities for the partnership.

“I think that a zero-sum mindset is one of the biggest blockers of bank-fintech partnerships in Nigeria,” Majekodunmi said while explaining that Nigeria’s population is ever increasing.  She said that since new entrants into the banking industry over the years didn’t kill off leading banks, there is no cause for alarm that fintechs will kill off banks. She went further to say that if banks are nimble and customer-centric, they will survive and have their share as the pie grows larger as players increase.

In a session moderated by TechCabal’s managing editor and acting editor-in-chief, Korome Koroye, Koroye asked Tayo Oviosu, the founder and CEO of Paga, a pan-African leading mobile money service why Paga expanded beyond Nigeria, Oviosu explained that Paga vision is to make it simple for a billion people to access and use money and that automatically means it will have to go outside of Nigeria. Oviosu went on to say that pressure from investors and shareholders and an intention to de-risk some of the macro elements of Nigeria, affected Paga’s decision to expand beyond Nigeria. But he clarified that Paga expanded first to Ethiopia because it built its mobile app in the country, had a 50-man team there and had been operating for 8 years in the country.

But, he explained that expansions are not always successful, citing Paga’s failed expansion to Mexico. This failed endeavour in Mexico taught the Paga team about what is needed to launch a business in a new market. Today, Oviosu said Paga is expanding across Africa, but he advised fintechs not to be pressured to leave their first market and when they do expand, they should not lose sight of it, especially if it is their largest market. He also advised them not to spread themselves too thin.

Oviosu identified compliance as one of the challenges of expansion, and he has had to establish compliance units in every country he expands to.

Answering a question from the audience, Oviosu said that fintech companies can expand to another country regardless of how early-stage they are, especially if their addressable market is not big enough or if they are not a first mover in their first country.

He also explained that founders should pay attention to the cultural perspective of the country they are expanding into if they are, for example, open to foreigners doing business in their country.

Oviosu explained that while fintechs might be afraid of regulators, it is important that when they enter a new market, upon understanding and creating something tangible for the market, they should reach out and liaise with them.

You can watch the full conversation here.