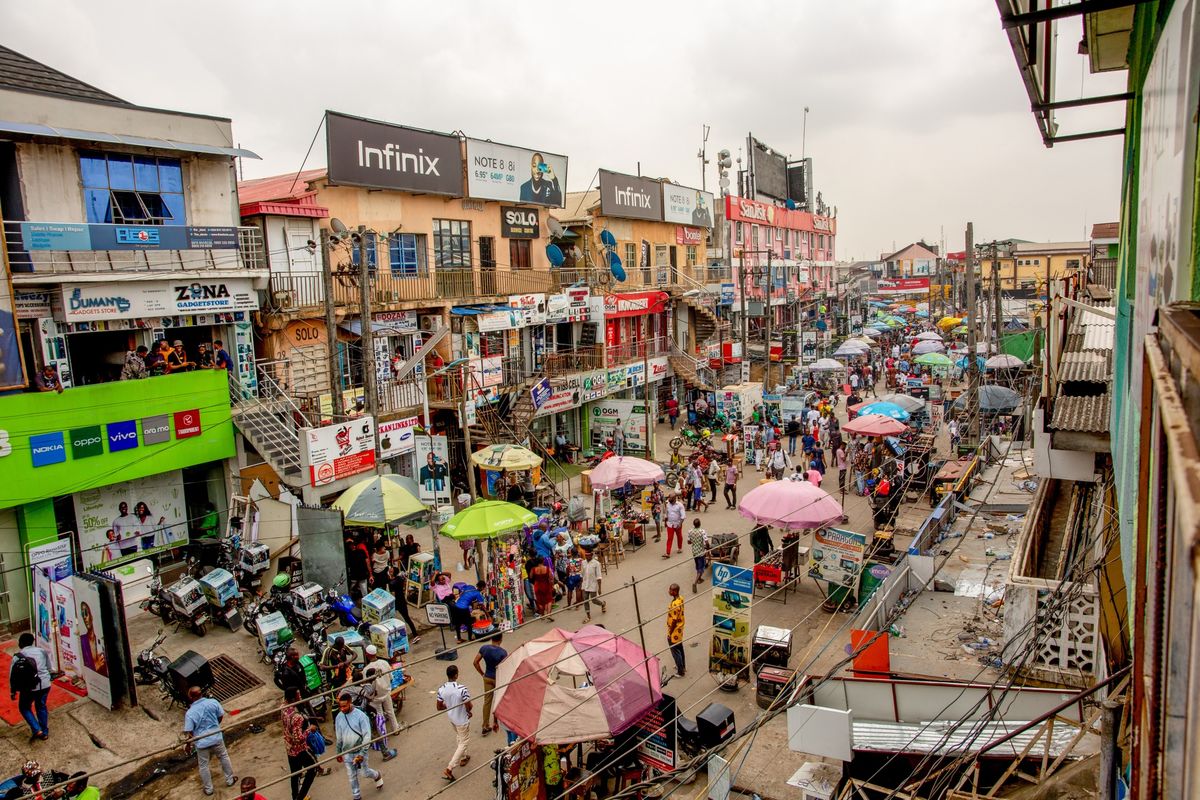 Nigerian consumers, who are among the poorest in the world, are miserable because they are increasingly required to pay more money to feed, move around, or be comfortable in their houses due to rising food prices, fuel prices, and bad power supply.

Just last week, inflation in Nigeria rose to 18.6% in June 2022, according to the National Bureau of Statistics’s (NBS) Consumer Price Index (CPI). This inflation, the highest since 2017, is powered by the high cost of diesel and gas, rising prices of food items, and the Russia-Ukraine war which drove up the prices of imported food items such as wheat. But it is not only consumers that are crumbling under the weight of the high cost of living, the businesses serving them are also having a hard time staying afloat during this period.

Caught in the middle of all of this is an Abeokuta-based online food delivery startup, EatUp. EatUp, which started operations in 2020, serves students and the fast-growing working millennials and middle-class population of Ogun state, southwest of Nigeria, who seek to live a convenient life outside Lagos, the centre of economic activities in the country.

Speaking with TechCabal, EatUp co-founder and CEO, Abiodun Biobaku, said EatUp was founded out of a desire to provide the city’s rising middle class with easy access to quality food and help restaurants bypass physical constraints that limit the number of eat-in consumers they can accommodate.

EatUp partners with restaurants to allow it to deliver food to its consumers from their favourite restaurants in the shortest possible time, and in a nice package. “We claim to deliver happiness in new boxes, and that is what we’ve been doing so far,” Biobaku said.

Biobaku said that, as an online food delivery business it always needs to be online to receive delivery from its website and different social media channels and websites, and even that doesn’t come easy anymore as its internet provider partners have also increased their prices to weather the ravaging inflation.

Biobaku explained that the rising inflation is hurting EatUp’s earnings, mostly because partner restaurants are shortening their food rations in order to mark up their own profit margin, forcing customers to find cheaper alternatives. “We used to have customers or regular users who at least 3 times per day would have breakfast, lunch, and dinner, but we have now witnessed a reduction in the frequency of ordering,” he said.

It also costs EatUp more to buy bikes for its riders, pay for data, packaging, and branding and get fuel for its riders—all essential elements of its food delivery operations.

While dealing with this, it also witnessed a drop in the number of orders each of its customers makes. “We currently boast of an 80% return rate for our over 16,000 customers, but the frequency at which they buy is reduced. At every point where there’s an increase in inflation rates, the buying power of every user declines.”

While EatUp is searching for funding, it is wary of the value of the amount it is seeking as the prices of equipment and its burn rate are constantly increasing, so they will have to get “creative” about cutting operating costs, Biobaku said.

EatUp’s daily office operation costs have shot up. It spends more on fuel to provide constant power for its customer experience team who needs to stay online to receive orders and monitor delivery to customers.

Earlier in March, Nigeria’s power grid collapsed twice, depriving thousands of businesses of power supply. At the same time, businesses had to scramble to get petrol due to fuel scarcity, and when they did it was at a higher price.

EatUp is one of the thousands of businesses in the country whose operation costs shot up in the past few months due to fuel hikes and lousy power supply.

Working-class Nigerians in various cities were left to scramble for petrol for their cars before they could get to work. For those that do not have cars and rely on public transport, a 100% increase in transportation costs means they have to fork out more money from their salaries to transport themselves to work.  EatUp’s employees were not spared and Biobaku said that many started coming late to the office while spending more money to transport themselves to the office. This, coupled with the increasing cost of goods and services at the time, made their take-home much lower and Biobaku noted that this dwindling welfare affected the startup’s productivity.  At the same time, the startup’s delivery riders groaned at the increasing amount of money they were spending on fuel.

In a bid to survive the ravaging inflation and increasing fuel prices that month, the food delivery startup had to mark up its delivery fee by 20%, from ₦500 to ₦600. The startup also established partnerships with fuel suppliers to purchase fuel at a discounted rate and distribute it to its fleet of 15 bikes. But that was only a palliative.

“In March, we shot way above our expenses budget for the month and that has never happened to us throughout the 30 months of running this business,” Biobaku lamented.

“Our solution to create accessible food for our consumers is being threatened,” Biobaku said.

After speaking with its bike riders who were clamouring for the startup to take action in the light of the latest fuel hike, and increase in the cost of spare parts, the startup decided to markup its delivery fee again, this time by 8.33% to ₦650. “This is the reality of every Nigerian business. You cannot have a steady price rate for so long,” Biobaku said.

To bolster its chances of surviving, the startup has turned to rigorously cutting costs and developing additional money-making avenues. It cut costs by buying spare parts directly from manufacturers to bypass cost-adding middlemen and running strict office hours that see it open its office only when it is in use and putting out the lights immediately it is not. Its new money-making venture involves creating paid advertisements for partner restaurants and initiating the collection of service charges from them.

But Biobaku doesn’t believe his startup is out of the woods yet; he believes he needs to be prepared for the economic hardship still ravaging the country. “One of the challenges we’re having right now is that we’ll be churning out new products in the nearest future. We need to make allowance for imbalances in the economy because these unforeseen circumstances are threatening to kill products even before we introduce them.”