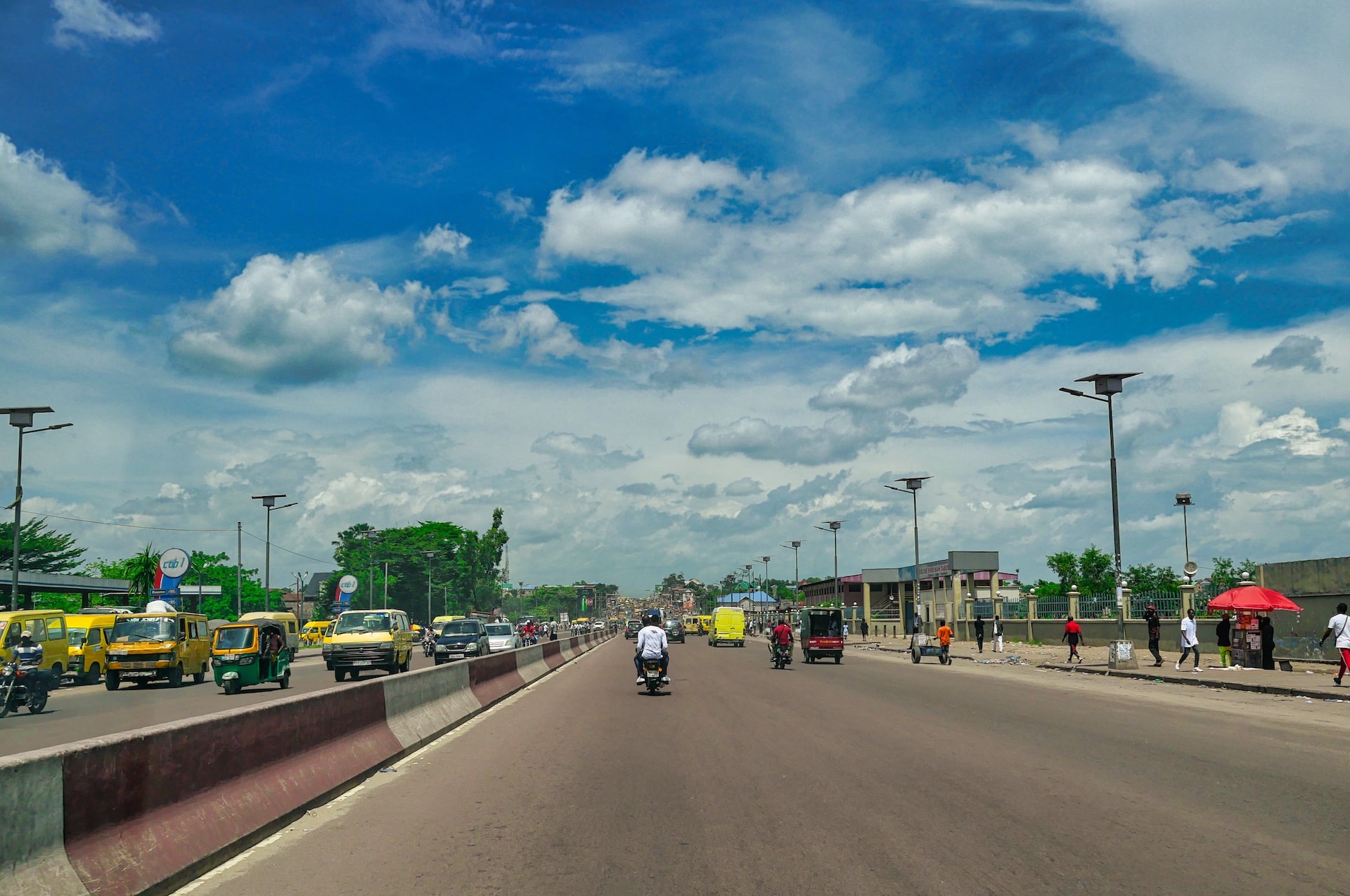 Photo by Kaysha on Unsplash

Kinshasa, in the Democratic Republic of Congo, is the new destination for Nairobi’s financiers and hardy tradesmen. If all goes well, the fledgling relationship may become a catalyst for digital innovation in Central Africa and a boon for tech markets in East Africa.

The Democratic Republic of Congo (DRC) has been a member of the East African Community (EAC) for only four short months, but the economic linkages that made its admission possible existed before it joined the EAC. The border towns of Goma and Bukavu are the sites of animated markets where traders from DRC, Uganda, Burundi, and Rwanda exchange consumer goods. And artisanal mines manned by diggers from surrounding countries and the DRC itself abound.

Besides petty cross-border trade, the DRC’s rich mineral deposits have also attracted the eyes of its neighbours. Some of that attention has been covertly or overtly violent and has contributed to DRC’s struggle with rebel groups in several parts of the country. The resulting instability made the DRC a boxing ring for neighbouring countries vying to protect their interests on Congolese soil.

With more than $24 trillion in untapped mineral deposits and 90 million inhabitants, make the DRC an attractive market for investors globally.

But with shifting political winds in 2018 that culminated in the departure of long-time ruler Joseph Kabila in 2019, Kenyan tradesmen, high and low, who had been trickling into the DRC poured in. In 2020, Equity Bank, one of Kenya’s leading lenders, consolidated its position in the country (it had purchased a majority stake in ProCredit Bank) by acquiring Banque Commerciale Du Congo (BCDC).

Equity Bank’s entry made the news, but years before Equity Bank stepped into the DRC, smaller Kenyan concerns had already begun the trek westward. As early as 2016, Dorine Akinyi, a Kenyan mechanic, had built a flourishing truck and heavy equipment repair shop in Lubumbashi the DRC’s mining capital.

More recently though, larger Kenyan businesses began to prospect in the DRC in the months leading up to the country’s admission into the East African Community. After its EAC status was confirmed, Equity Bank said more than 20 Kenyan businesses made investment commitments totalling $1.6 billion at a trade mission. This includes $100 million which the bank added to its DRC subsidiary. The trade mission was organised by Equity Bank and the governments of Kenya and the DRC.

DRC occupies a sizeable expanse of Africa’s heartland. Almost landlocked save for the southwestern thrust that terminates at the mouth of the Congo river as it empties into the Atlantic, the country—Africa’s second largest—is flanked by 9 countries (Angola, Burundi, the Central African Republic, the Republic of the Congo, Rwanda, South Sudan, Tanzania, Uganda, and Zambia), making it the African country with the most borders.

The eastern flank where DRC meets Uganda, Rwanda, Burundi, and Tanzania is remarkable and central to this story. Besides forming along the lines of the Western Rift Valley, the western arm where the East African Rift System is slowly pulling the continent apart, it is almost all a natural border formed by five of Africa’s Great Lakes: Lake Kivu, Lake Tanganyika, Lake Mweru, Lake Albert, and Lake Edward.

Informal trade across borders is established in this area, which is also home to large deposits of natural minerals that have been at the centre of the DRC’s enduring conflict.

Those same minerals may be at the heart of the sudden inspiration to formalise business ties in the DRC. It’s the banks leading the charge, but it’s the mining money that is calling them.

“Essentially, Kenya has wanted its tentacles in DRC beyond banking. I think watching the ‘Great Lakes’ politics has whetted my countrymen’s appetite to get in at basement level and secure the bag from the El Dorado that the DRC is,” Nanjira Sambuli, a researcher and policy analyst told TechCabal.

“Value chains can be the agents of development. So we have a plan—a transformation plan for East and Central Africa. We are talking to investors like Elon Musk of Tesla and telling them that instead of importing cobalt, why not set up a factory in DRC for the electric vehicle batteries? Why can’t he also make copper wires there instead of sending copper ore to China from where he imports wires?” he added.

Following in Equity Bank’s footsteps, Kenya’s KCB Group finally announced on the 2nd of August, that it had entered definitive agreements to acquire Trust Merchant Bank (TMB), a leading lender in the Democratic Republic of Congo. The announcement sealed a deal which had been the stuff of speculation in Kenyan banking circles for over a year. At the time, KCB Group’s CEO, Joshua Oigara promised to purchase a DRC bank with a “national footprint, available in all provinces.” TMB operates DR Congo’s largest bank branch network with 110 branches in 20 of the DRC’s 26 provinces. After Equity Bank purchased

“It makes sense to be the choice banker, as all resources link back to the finance or banking system,” Sambuli said.

When asked why he was upbeat about the DRC, Mwangi responded: ”The global commodity prices of the raw materials that the Democratic Republic of Congo produces are at an all-time high. That is why its current accounts position has changed from a deficit to a surplus.”

It is tempting to only look at the story from the lens of the DRC’s huge extractive industry. But financiers are not the only ones looking to ply their trade in the Congo.

Some are wondering if the promise of a regionally integrated DRC extends to the technology and innovation space. “From my startup circles, Congo is coming up a lot. And the reason is that it is supposedly a raw untapped market,” Michael Kimani, told TechCabal over a call. Kimani is a co-founder and head of growth at Fonbnk, a DeFi startup that uses blockchain technology to facilitate mobile payments.

“Generally a lot of Kenyan companies are just looking to expand into countries like that…especially for a country like Kenya that has a competitive advantage in digital financial services,” Kimani said.

“The banks going [into the DRC] have the risk appetite given their market share in Kenya,” said Sambuli. What is not clear is if payment companies, the natural cousins of banks, have the stomach for the DRC.

But there are clear gaps for the taking in the DRC. Especially in payments. An estimated 75% of DR Congo’s population does not have any formal financial account with banks or other financial institutions. And only 14% have a form of financial account. Among other factors, the DRC has fewer than two bank branches for every 1 million residents, highlighting both an opportunity and a caution sign.

Fintech companies love banking the unbanked. And with the Congo’s low bank penetration rate (figures from the US trade office claim this is below the sub-Saharan average of 25%), and poor transport infrastructure, helping people make payments and send money is clearly a need.

Legal reforms and recent improvements in telecommunications infrastructure promise to support growth in mobile penetration (currently at 45%) boost and internet access in the DRC. Earlier this year, Airtel purchased 58 MHz of additional spectrum to boost its 4G coverage, and in 2020 Liquid Telecom secured a licence to build the DRC’s landing station for Google’s Equiano undersea fibre cable.

Already mobile network operators in the Congo are partnering with local fintech companies to drive the adoption of mobile money. Orange Congo’s partnership with Flash International is expected to help more than 4,000 Flash agents provide value-added services alongside Orange’s money transfer service. Flash also partnered with MTN to enable users to send and receive money to and from the neighbouring Central African Republic.

Outside of payments, the DRC boasts 80 million hectares of arable land and 4 million hectares of irrigated land. More than half of the country’s 2.35 million square kilometres is forest, making the DRC’s forests one of the two “lungs of the world” alongside the rainforests of the Amazon.

With the relative political stability that Felix Tshisekedi’s ascension to head of the DRC, the United States reinstated DR Congo into the African Growth and Opportunity Act, a trade pact that waives US import tariffs for select African countries.

James Mwangi Equity Bank’s CEO is not just drawn by the lure of banking DRC’s enormous and growing mineral and infrastructure sector. He says his bank will prioritise agriculture. “We have also chosen to be the bank for agricultural transformation. And we have decided that our loan book will move from 3% to 30% in agriculture. We will help farmers through the entire value chain: from production to aggregation, to logistics, to manufacturing to export,” he said in the same interview with a local media publication.

Agritech and agribusiness entrepreneurs in Kenya may want to take a closer look at what Mwangi is eyeing.

Kenya is not the only country seeking broader business opportunities within the DRC. BK Group, Rwanda’s largest bank by commercial assets is also reportedly plotting its entry to the DRC in the form of a representative office. But Rwanda’s relationship with the DRC is fraught.

Just last week, the United Nations accused Rwanda of supporting the M23 rebel group with military equipment. The government in Kinshasa has battled the group since 2012 when nearly 300 soldiers turned against the government. When the EAC promised to send a Kenyan-led force into the DRC’s restive eastern flank—the part that shares closest ties with the DRC—it exempted Rwandan soldiers from the mission.

DR Congo’s macroeconomic look is improving, but the good news—GDP growth, record profits from a commodity trade bonanza and grand trade deals—has yet to reach the people most vulnerable to poverty. The country has not yet created wide prosperity.

The mystery of the Congo still defies resolution and previous trade agreements have mattered little. The difference is that now DR Congo, her neighbours, and a newly invigorated EAC are willing to keep trying.

The veneer of political stability, the promise of roughly $24 trillion in natural minerals and rare earths and an opportunity for infrastructure financing may be the primary driver of Kenyan interests in DRC. But it is a bet they are willing to take. To repeat what Equity Bank’s Mwangi said, “We want to disrupt value chains.”

Similarly, the opportunity for digital disruption in the Democratic Republic of Congo is significant. Even if only to service a growing business sector with B2B technology solutions while bidding time to take on consumer services.

DR Congo’s tech incipient ecosystem is concentrated in Kinshasa where a few hardy entrepreneurs have set up shop in the form of hubs and a handful of technology companies. Of the $10.8 billion raised by African startups since 2019 (Big Deal data), DR Congo’s tech companies only got $24 million. Kenyan startups, on the other hand, received more than $2 billion.

Kenyan tech companies expanding into the DRC may just bring the infusion of new life that the nation’s technology space needs. 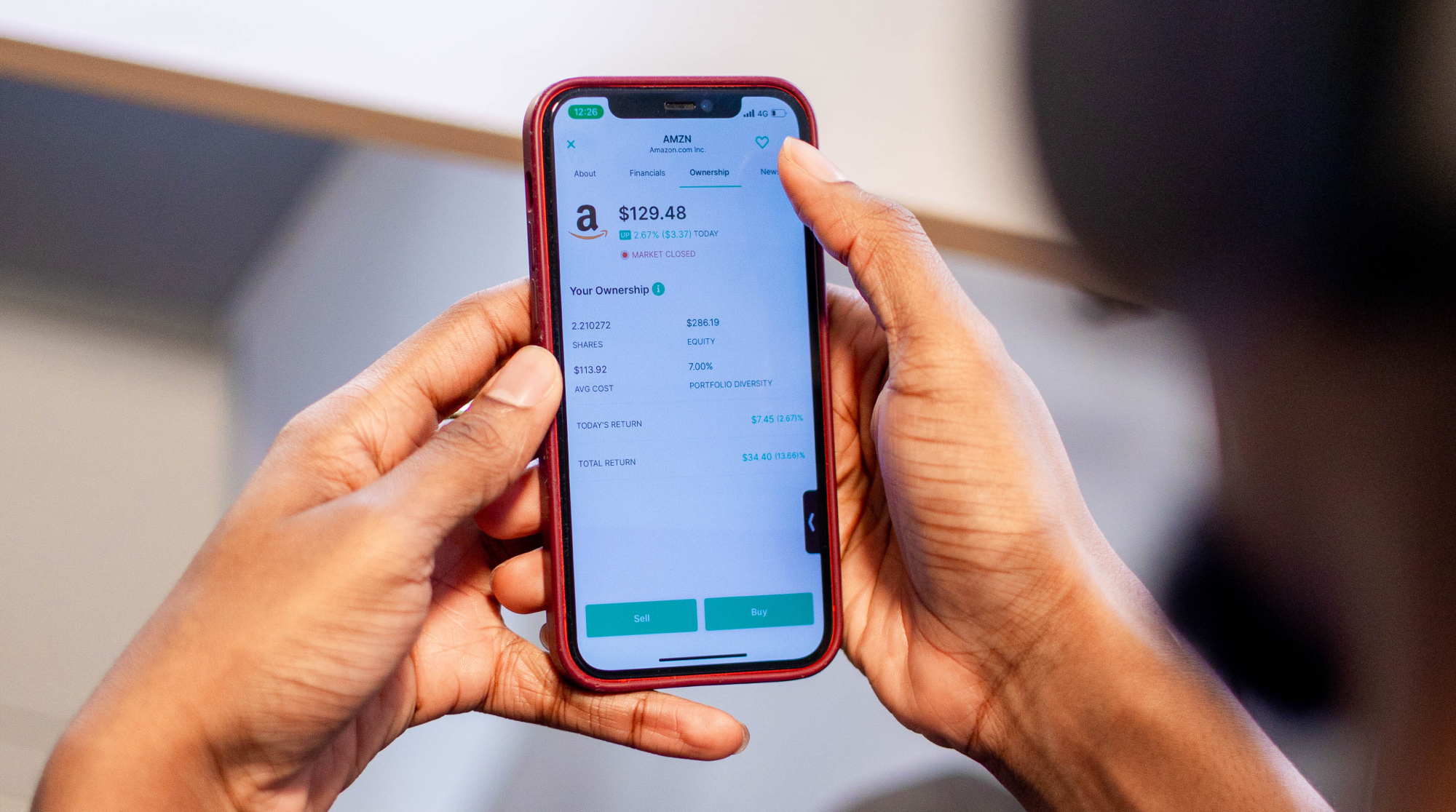