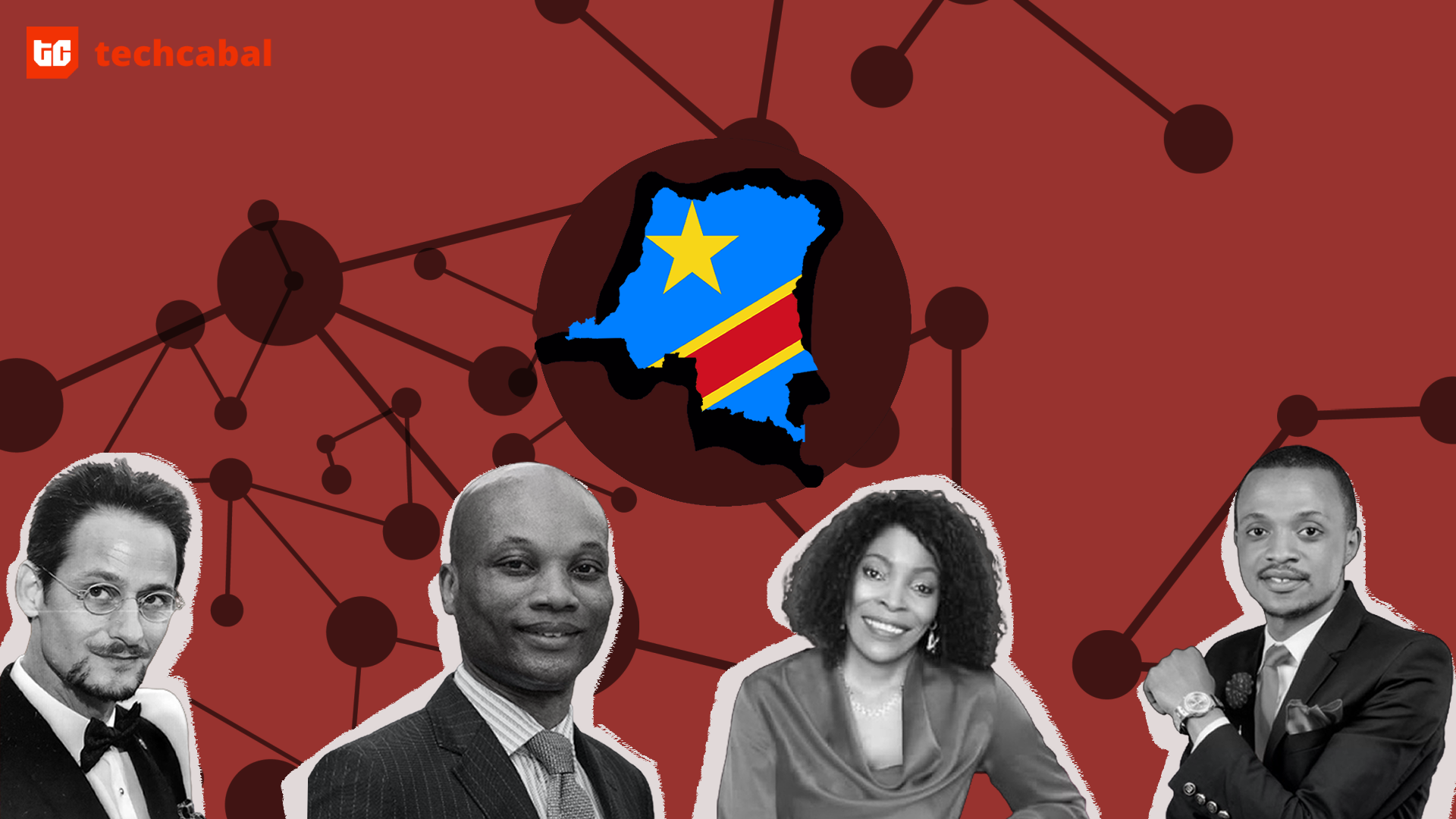 As with most countries in Sub-Saharan Africa, access to basic financial services is significantly limited in the Democratic Republic of Congo (DRC). Just 14% of the population have an actual bank account and only 25% have an account with either banking or any other financial institution.

More so, there is less than 35 kilometre of paved road for every 1 million inhabitants in the French-speaking country, making traditional branch-based banking unfeasible for most of its 90 million residents and the bid for financial inclusion arduous.

The digital finance revolution that’s played out in the rest of Africa over the past decade thus cannot come soon enough for people in the Central African nation, especially given it has a 47% mobile phone penetration rate, with the figure likely to grow further.

A number of startups have sprung up over the past 5 years, which, through fintech innovations, have brought financial services closer to where people live and work. One such is Flash International, the largest fintech and payments aggregator in the country.

Flash operates a network of agents that allows people to do their banking on its mobile platform (FlashApp), putting financial services—including remittance, payments, and other value-added services—within easy reach.

The startup currently has roughly 3,500 agents and 90 branches, through which it serves more than 2 million customers. And instead of opening individual accounts with multiple banks or mobile money operators, Flash gives its users a card with which they can accept all payments.

Chief Executive Jonathan Johannesen, whose 25 years of professional experience cuts across roles in financial institutions like Citi and mobile finance firms Moneytrans and TigoCash, started the company in 2018.

Since its launch, Flash has recorded stellar growth and is currently integrated with several banks, mobile money, and telecom operators. It claims to process nearly 1 million transactions valued at over $50 million per month through its payment services and also facilitates more than 40,000 satellite TV subscription transactions, one of its value-added products.

According to the CEO, the mission was to build the first Congolese fintech that would aggregate as many financial and value-added services as possible. “What we currently have is an application with up to 27 different products and services, through which thousands of agents make a living out of,” Johannesen recalled in a recent interview with TechCabal.

Unlike Flash, Okapi Finance was launched out of Sweden by founder Gisèle Mwepu, with DRC being one of the company’s four markets across all the regions in Sub-Saharan Africa. The startup rolled out its services in the country last year and currently has 170,000 customers. Its goal, according to Mwepu, is to reach up to 25 million people in the country in less than 10 years.

“DRC has over 90 million people and still there aren’t many financial services solutions available. The opportunity is very huge. And the unbanked people aren’t just individuals, they can be traders, merchants, or informal employees,” she said.

The Okapi platform allows both individual and enterprise customers to carry out daily financial transactions like deposits, money transfers, and salary disbursements through its web and mobile platforms, USSD, and physical agents.

Okapi has a special focus on getting more women included in the country’s financial services ecosystem. According to Mwepu, up to 80% of the company’s DRC users and 95% of the 17,000 merchants it has onboarded are women. For the latter, the company extends a line of credit—weekly loans of around $50—to help power their businesses.

“Financial inclusion cannot be achieved by only allowing people to carry out payment transactions,” Mwepu noted. “We need to increase their accessibility to a wide array of financial services.”

Through the Okapi platform, microfinance banks and insurance providers can distribute their products, enabling them to penetrate the informal sector and reach the unbanked population. In addition, users don’t need a bank account to access these services and after signing up can apply for the Okapi Visa card.

Whereas Flash focuses on urban areas like Kinshasa with most of its agents in DRC’s major cities, Faysal Axam’s startup targets the unbanked population in rural areas, where more than half of the population resides.

In Goma, the capital and business hub of North Kivu province in the eastern DRC, Faysal Company offers a “Tap and Pay” solution—a magnetic card that interacts with POS machines and interfaces with a virtual wallet.

“Financial flows are mostly in DRC’s urban areas, not so much in peri-urban areas, and nearly not at all in rural areas,” he said. “While mobile money penetration rate is 72% in cities, it’s only 28% in rural areas.”

In a country like DRC where road and internet infrastructure is below par, agents are especially effective at reaching rural dwellers and reducing deployment costs for providers.

For customers, agent networks reduce travelling time and security risks as they historically had to locate one of the only 500 bank branches available in the country—which is ironically Africa’s second-largest country by land area and the fourth most populous.

“Most transactions are done over the counter in DRC as there’s still a very low penetration in terms of smartphones and internet access is not affordable. Also, the prevalent habit of the population is mainly to visit an agent for a transaction or service,” Johannesen said.

A high capital barrier for entry in the financial services space preserves the dominance of big banks like Ecobank and UBA as well as network operators (such as Vodacom Congo, Orange RDC, and Bharti Airtel who collectively control 35-40 million subscribers).

Fintech startups looking to partner with banks and telcos have had to deal with skepticism and aversion from the industry giants. Axam recalled it took Faysal Company almost a year and a half to get its first mobile money integration license in 2020 after the startup was rebuffed by banks and local mobile network operators for partnerships.

Multipay Congo, DRC’s first inter-banking platform, was launched in 2015 to create interoperability between payment platforms like ATMs and point of sale machines.

But the framework doesn’t make integrating with banks and telcos any easier for fintechs, according to Mwepu. “It’s almost impossible to achieve financial inclusion without interoperability of solutions from other stakeholders like banks and telcos. We have to work together,” the Okapi Finance founder said.

On the back of a successful partnership with Orange, Faysal Company’s customer base has exceeded 10,000. Although that’s a small number, it’s significant nonetheless in a country where more than 70% of the population live on less than $1.90 a day and most have no immediate incentives to open financial accounts.

Axam added that Faysal’s growth is also because the solution can be used offline, even in areas without internet connectivity.

With internet access at around 17%, feature phones – which retail at about $20 – play a huge role in enabling Congolese to access digital finance services. Faysal Company, for instance, gets most of its traction from the USSD feature as Goma dwellers often must seek a mountaintop just to access 2G cell phone coverage.

In addition, while banks and telcos boast sufficient financial muscle to build and scale their products, startups lack access to sufficient finance. “We don’t have finance, investors, incubators, and accelerators, especially in Goma,” Axam said, citing security issues as a challenge that makes it hard for investors to trust the ecosystem. “Many excellent solutions here can’t get continental or international exposure because of this.”

It’s important, however, to note that the DRC’s fintech landscape is practically nascent with only 12 startups playing in the space as of 2018, per a report from Microsave and MasterCard. But the digital finance seeds are clearly beginning to take root and there are concrete reasons to be bullish about the opportunities in DRC for fintech and its prospect to attract investors.

With startups like Flash, Okapi, Faysal, alongside remittance fintechs, partnerships like the Mastercard and Billetera deal targeting the millions of financially excluded residents, as well as the government’s increasing shift towards virtual payments for its over thousands of civil servants, one can anticipate a radical digital finance expansion in the coming years as DRC moves to replicate other African countries’ successes, slowly but surely.

“Fintechs in DRC are beginning to thrive. It’s definitely promising but a better infrastructural coverage is crucial to realising full potential,” said Noel K. Tshiani founder of Congo Business Network, an international network of Congolese professionals and entrepreneurs. “We’re optimistic about the vision of the DRC government under President Felix Tshisekedi and its ambitious digitisation program aligned with the country’s National Digital Plan.”