From startup society to network state 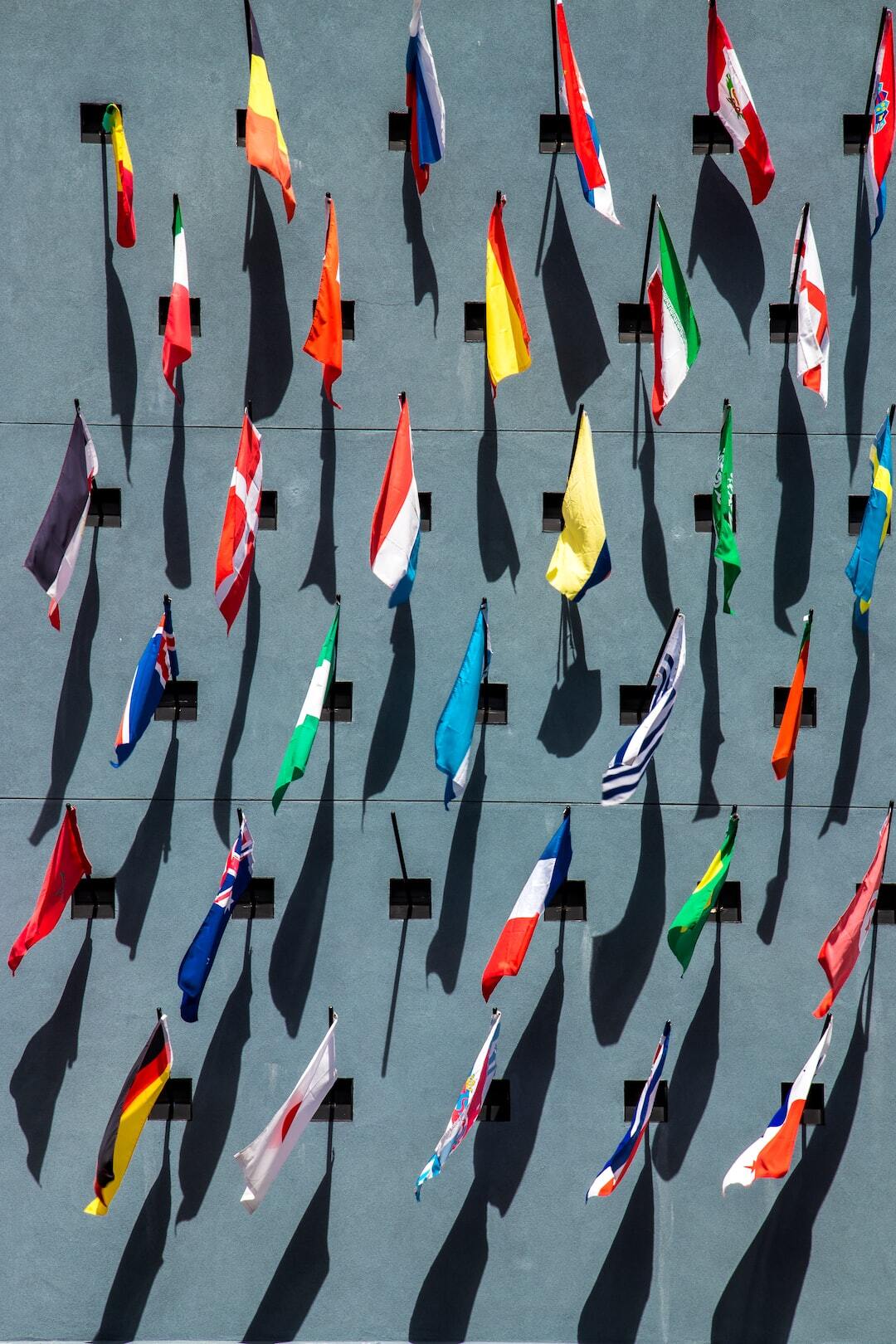 This article was contributed to TechCabal by Chijioke Emole Echeme Emole*

Imagine a country founded online. A country which is formed first in the cloud as a peculiar and purposeful ‘internet phenomenon’, and eventually as an interconnected but non-contiguous series of ‘enclaves’ linked together by shared values, a common vision, and a declared objective.

Can such a new country be founded today? Not on physical land — at least not at its founding. Not by referendum. Not by revolution or war. Not by planting a flag on a piece of territory. Not aboard a cruise ship floating in international waters. And not in space. Or on Mars.

Yes, says crypto-philosopher Balaji Srinivasan, in his new book The Network State, published on July 4, 2022. In it, Balaji argues that such a country can be founded as a ‘Network State’. In Balaji’s conception, it will require a visionary founder who learns from history, conceives of a founding purpose, and applies the technology tools of web3, blockchain and the metaverse to found such a network state. The entity would begin as a ‘Startup Society’ that matures into a ‘Network Union’ and then finally into a ‘Network State’.

The Process of becoming a Network State

In Balaji’s fascinating definition: ‘A network state is a social network with a moral innovation, a sense of national consciousness, a recognised founder, a capacity for collective action, an in-person level of civility, an integrated cryptocurrency, an archipelago of crowdfunded physical territories, a virtual capital, and an on-chain census that proves a large enough population, income, and real-estate footprint to attain a measure of diplomatic recognition.’ He spends the bulk of the book disaggregating these elements of a network state to illustrate a hypothetical trajectory of such a network state.

First, the founder forms an online community around a set of shared values and a common purpose. This becomes a startup society, and people who identify with those values and purposes can opt-in. As people become aware of this development, they can apply to become ‘netizens’ or ‘subscriber-citizens’. When this startup society successfully organises its membership into collective action in pursuit of its shared values and common purpose, it becomes a ‘Network Union’.

After this stage, the founder builds an internal economy using cryptocurrency while simultaneously creating or fostering a community space offline where members can build trust among themselves. With the adequate accumulation of trust and monies, the Network Union can then crowdfund physical territories, such as apartments, houses, and cities in different parts of the world to enable the ‘netizens’ of the Network Union to connect with the physical world. ‘The citizenry first assembles in the cloud and only then crowdfunds the earth,’ Balaji asserts.

These physical spaces distributed around the world would be digitally connected and the Network Union would issue Web3-enabled “crypto passports” to its netizens. There would be a real-time census whereby the counting would be done and the results would be received almost instantly—not every ten years!—to demonstrate the size of the population, income, and real estate controlled by the netizens of the Network Union.

Finally, the startup-society-turned-network-union would seek diplomatic recognition of its sovereignty from legacy (i.e., pre-existing) states and from the United Nations before it can become a true Network State. Thus, a Network State would be “ideologically aligned but geographically decentralised,“ as envisioned by Balaji.

Because a Network State is fundamentally a ‘proposition nation’, it is constantly evangelising its beliefs to potential netizens/subscriber citizens, asserts Balaji. This evangelisation will then attract new netizens to immigrate digitally to the network state.

In Balaji’s delineation of the elements of a network state, he emphasises that a sense of history would inform ‘a moral innovation’ that drives a ‘national consciousness.’ Knowing what has historically gone wrong or what is persistently not working enables the network state founder to infuse their online community with ‘a capacity for collective action’.

‘Missionary’ societies have more longevity than ‘mercenary’ societies, as Balaji convincingly argues, citing the book A History of the American People by historian Paul Johnson. As examples, the colonies in America that were motivated primarily by money-making failed, but the colonies that were primarily driven by religious motivations soldiered/plundered on even in harsh environments. Indeed, the pull of the heart and soul has more torque and horsepower than the lure of money. Or as the novelist Chimamanda Adichie recently said in her Yale Law School commencement address, “Dignity is also as important as bread.”

As the population of the Network State grows, so would its income, investments and physical footprints. As it continues innovating digital products such as non-fungible tokens (NFTs), the Network State will ultimately accelerate innovation in the physical world, in Balaji’s conception.

It’s clear that Balaji’s network state could only have been envisioned in this Information Age, where the tools and platforms of the internet and other digital communications technologies make that imagination possible. Blockchain technology in the form of cryptocurrency allows Balaji to conceive of a secure and verifiable digital mechanism for issuing products such as digital passports, a network state e-currency, and NFTs, as well as a mechanism for establishing efficient and effective cross-border connections and conducting real-time population counts.

Wisely, Balaji emphasises the necessity of ‘an in-person level of civility’ in the digital discourse to ensure that interactions within the network state are devoid of (distracting) bile and venom. He explains that this civility can be maintained through a ‘digital governance’  architecture which would lay down strict rules of membership and provide guidelines for exiting non-civil netizens from the community/state. You join based on the values of the network state—and involuntarily exit, again based on the same values.

Ideological Dimensions and the Concept of a Network State

The Network State may be seen as two books in one. Perhaps the more interesting of the two books is the one that contains the supremely innovative network-state ideas of Balaji outlined above. The other book deals with ideological issues — or what Vitalik Buterin (co-founder of Ethereum) refers to as Balaji’s “mega politics” in his review of The Network State,  “What do I think about network states?”.

Balaji’s concept of a network state appears to be informed by libertarian impulses, but as even he explicitly acknowledges, it certainly has progressive (and direct-democracy) implications. Indeed, a network state would provide digital space to ‘test and scale’ the application of social, political, and economic ideas that engender human development.

However, the trajectory of a network state need not necessarily proceed in the ostensibly linear fashion delineated by Balaji. Hybrids, non-linear approaches, loops, pivots, and composite ideations inspired by the original idea are possible, desirable, and practicable. Knowledge, innovation, imagination; yes, all of it is cumulative.

The Practicability of a Network State

Ultimately, the pressing question that arises from this discourse is: Is Balaji’s idea of a Network State too fanciful, futuristic, and impracticable? Can an online community be transformed into a startup society, and then into a network union, and after that into a network state, and organised around shared values and common purposes? Can such an online community be assembled and impelled to action based on a shared vision of ‘a moral innovation, a sense of national consciousness … a capacity for collective action … an integrated cryptocurrency, an archipelago of crowdfunded physical territories …’? Can such a decentralised autonomous organisation (DAO) actually exist? It turns out that the answer is yes, it can. Particularly for Africans.

Building a Network State for Africa

Many people of African descent—in Africa and the global African diaspora— are energised by Balaji’s ideas of a Network State and have directed this energy toward building an African network state driven to move Africa and its diaspora from scarcity to abundance. Echeme Emole, technology entrepreneur and co-founder of the Afropolitan Network State, is one of them.

Inspired by Balaji’s (previously articulated) concept of a network-state, Emole (full disclosure: my close relative) co-founded the Afropolitan online community/startup society/network union in early 2022 and set it on a journey to becoming a digital nation/network state for Africa and its diaspora and allies.

The Afropolitan Network State is the first digital nation created by Africans for Africans and of Africans and its diaspora. This founding is the beginning of a movement that can be characterised as “Digital Africanism” or to borrow the naming convention of Balaji’s: an “African Proposition Nation.”

As stated in the manifesto of the Afropolitan Network State, with a focus on Africa and its diaspora, ‘… we propose the Network of Abundance: Abundance of Tools, Abundance of Opportunity, Abundance of Joy.’ This is Afropolitan Network State’s version of Balaji’s concept of a galvanizing ‘One Commandment’  A new ‘S-a-a-s’, as Balaji terms it — a ‘Society-as-a-Service’, now for Africa and its diaspora, and at once transcending the artificial state boundaries in Africa drawn by the European states at the 19th century Berlin Conference as well as the associated historical constraints of those boundaries. (We all know that Westphalian nation-states in Africa were created by colonial European states at the Berlin Conference of 1884-1885 that launched the “scramble for Africa”.)

The long-held vision of ‘Pan-Africanism’ propounded by long-gone political visionaries is finally coming to fruition in Digital Africanism. The ultimate aim is to build and advance a new narrative of empowerment, to accelerate innovation, and to unleash the tremendous potential of billions of people in Africa and its diaspora.

The challenges of public governance in Africa are well known, and the challenges of overcoming them are well chronicled. But just as Africa leap-frogged the inadequate infrastructure of telephone landlines and achieved massive penetration of mobile telephones to capture tremendous economic gains, Africa is poised to leapfrog the challenges of public governance into a digital nation, an African Network State that builds a new narrative and delivers massive socio-economic upliftment to its people. To serve Africa’s 1.2 billion people on the continent and the 150 million members of its diaspora, the Afropolitan Network State will become Africa’s “replacement narrative”: changing the place, story, and impact of Africa and its diaspora by reframing the current paradigm of possibilities. A network state is an idea whose time has come — and Africa is crystallising the idea to its enormous social, economic, political, and cultural benefit.

*Emole is an international energy law specialist and a writer.