How mobile money is transforming financial services in francophone Africa 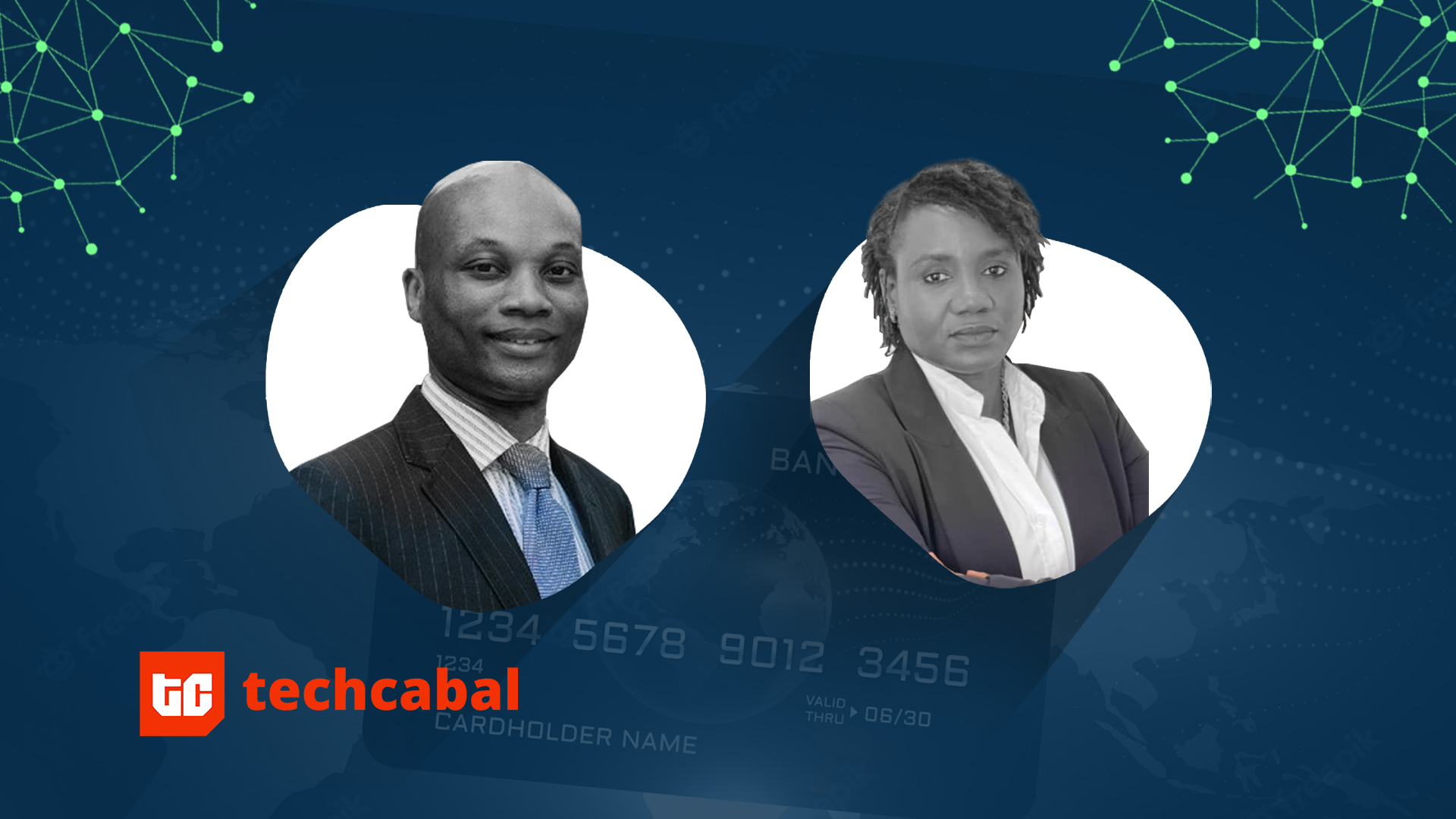 In this exclusive interview conducted for TechCabal, Noel K. Tshiani, founder of Congo Business Network, talks to Aissatou Barro, Managing Director at Airtel Money Gabon, about her professional background and how the mobile money sector is changing the financial services landscape in Francophone Africa.

Please tell us about your professional background and what inspired you to work in the telecommunications sector.

I was born and raised in Dakar, Senegal, in an average middle-class household with three generations of working women. After high school, I went to France to pursue my university studies. I can confess that I was average at school as I have more of an empiric learning system and couldn’t fathom the correlation between what was taught at school and its use in daily life. Then I had the opportunity to join a business school and pursue my studies through apprenticeship, partly at school and partly in a company. Doing so spiked my interest as I would eventually experience the feeling of how wealth is generated.

After I graduated, even if I could have had the opportunity to pursue my career in France, it was extremely obvious to me that my life, whether professional or personal, would happen at home. And that is how I joined the world’s leading company of the old economy in the oil and gas industry in Senegal.

That move back to Africa was triggered by one simple experience while I was struggling in France as a financially-excluded student with little means who wanted to have a mobile phone. I remember that my mother had a cell phone in Senegal in the late 1990s. Evidently, it cost a lot, but the acquisition scheme responded to the local environment through prepaid scratch cards.

That ascertainment stemmed from my fascination with telecommunications companies and the tech industry in general. For those of us who grew up in the late 1980s and early 1990s in Africa, having a landline phone was a rarity. I vividly remember our neighbours coming to our house to use the phone, make a call, and thus connect with people they thought could solve a situation they were facing, as most of the time the need to make a phone call is related to a sort of urgency. It made me realise back then the power of telecommunications and how it can impact people’s lives.

The revolution brought by telecommunications companies and the tech industry in Africa went through many stages – from the “telecentres” in Senegal, places of social gathering and indispensable means of access to telephone services for city and rural areas, to mobile phones, the internet, smartphones, and mobile money. It has reshaped, in a period of twenty years our social interactions, the way we entertain ourselves, the way we pay for things, and most importantly the way Africa is sending and receiving money (and remains connected to the rest of the world and its diaspora).

How did you move from the oil and gas industry to tech and telecommunications?

My answer is simple and comes down to passion and a willingness to master change. When I was offered the opportunity to be an active member of that change, I didn’t think twice.

I started in the mobile money and fintech industry in Ghana in 2010; then [moved to] the insuretech sector in Kenya. After that [I joined] the telecommunications and mobile money business in Senegal. Before joining Airtel Africa as managing director for Airtel Money in Gabon, I had spent nearly five years representing a Silicon Valley regtech and fintech company advocating for central bank digital currency in the CFA monetary zone.

What does the mobile money sector look like today in Gabon? Who are the major players and how are banks and startups positioned in the market?

Over the years, Gabon has achieved tremendous progress in levelling up financial inclusion, driven by government policy, among others, to make it mandatory for civil servants to receive their salary through a bank account, on one hand, and on another, the rise of mobile money accounts. There are two major mobile money players in the market: Airtel Money and Moov Money. Both are telecommunications-led and bank-led, and they operate under a bank-electronic money issuer license.

The banking sector, for its part, is led by the locally-owned BGFIBank, which is operating its own mobile wallet application, but African banking groups like Ecobank, Orabank, United Bank for Africa, and Attijariwafa Bank have entered the market. And they have seen rapid growth.

Airtel Africa, through its open API strategy, is also driving locally-developed technology solutions that are positively impacting lives across the continent and creating unicorns in the tech industry. The dynamics of the Gabonese market are unique. It has a population of about 2 million people. And 70% of its residents are concentrated in the two major cities: Libreville and Port-Gentil. It has one of the highest literacy rates, a mobile phone penetration rate of over 120%, and a growing smartphone penetration rate.

Because of the density of the rainforest, access to certain regions can be challenging for mainstream financial institutions. When it comes to brick-and-mortar branch expansion and population outreach, it may not be financially relevant to achieve in underpopulated localities. That is where the magic of mobile money operates, as we have the technology and distribution infrastructure to make access easier.

How did COVID-19 shape mobile money and telecoms?

As in any other industry, the mobile money sector has suffered from the lockdown measures from COVID-19 but the counter effects of the pandemic have resulted in a rise in active mobile money accounts and the value of transactions as people understood the benefits of making financial transactions from the safe comfort of their homes, making Gabon the second largest mobile money market in the Central African Economic and Monetary Community (CEMAC) region after Cameroon, and the highest active accounts ratio.

This success has been possible because from the early stages both the government through its regulatory bodies and the banking sector have recognised the necessity of institutional partnerships between traditional financial institutions and their expertise in the financial industry and mobile network operators and their expertise in channelling reach and scale to achieve the level of growth and financial inclusion we are experiencing today in Gabon.

When it comes to regulations, what can central banks do to accelerate the growth of mobile money in francophone Africa?

As an industry, we tend to believe that regulatory authorities, mainly in francophone Africa have set obstacles for the acceleration of mobile money. Even though some hurdles may exist, it is important to remember that the Central Bank of West African States in Dakar was the first regulatory body on the continent to have pioneered regulation around Electronic Money Issuance for Non-Bank Institutions in 2006.

In the CEMAC region, the Bank of Central African States in Yaounde through the GIMAC regional switch, has achieved full interoperability between financial services operators. These instances are proven evidence that central banks and legislators are demonstrating in their policies their commitment to improving access to financial services for the underserved.

However, the mobile money model, as we knew it at its inception, needs to evolve from traditional money transfers to more complex financial services that will better economically empower lives. To that extent, most telecommunications companies on the continent have entered into the separation of their GSM and mobile money activities through the process of acquiring their own Payment Services Providers licenses from central banks.

Getting this regulatory approval can be painful and long at times from a telecommunications company standpoint where we inherently are used to getting things done in a swift and rapid manner.

You have worked in both anglophone and francophone countries in Africa. In which country is the mobile money sector better developed?

Indeed, I always say that I had the privilege to have worked in multicultural environments in Africa. Needless to say that the most impressive experience has been when I lived in Kenya, the home of the world’s most successful implementation of mobile money transfers. I had to experience what living in cashless or cash-lite environments meant and its positive repercussions in improving people’s lives, and a country’s economy on a larger scale.

Do you have any advice to give to women who are starting their careers and who aspire to reach where you are today?

As African women, we are often told from an early age to prioritise our roles as wives and mothers instead of our professional careers. I believe that we don’t have to choose. We can be wives, mothers, and senior executives.

As Virginia “Ginni” Rometty, former CEO of IBM once said, “comfort and growth never come together.” Throughout the journey, we will face stereotypes and microaggressions such as women are being led by emotions and are too fragile to make sensible decisions. My answer to that is: the tiger can not change its stripes. My true nature as a woman doesn’t make me less of a good decision maker.

When I decided to move to Ghana for work, I left a secure job in a leading company to start afresh as a single woman in a new country, a different language, a startup, and an industry that I have never heard of before. My family was quite worried about my future. But they respected my choice and gave me their unconditional support.

The vision that we have of success in the tech industry is of a white male in a black turtleneck or a young male adult in t-shirt, ripped jeans, and sandals. We must deconstruct the narrative and collectively fight gender stereotypes to achieve Sustainable Development Goal 5, which concerns gender equality in the workplace. It is part of the 17 SDGs established by the United Nations in 2015.

We must shift the paradigm and show success from a different angle. It is African and it is a woman. I recently discovered that the originator of the Shazam app is an African woman. The CEO of Zoox, a subsidiary of Amazon and Silicon Valley tech company developing autonomous vehicles, is a woman of Senegalese origin.

Their stories need to be told and the African mainstream media must show those role models to the younger generation. Women in and from Africa are taking the financial services and the tech industry by storm. It is a fact.

I recently enrolled in a mentorship programme for young underprivileged women aiming to help them transition into tech. And my message to them is the same: things will be tough. Instead, focus on where you want to go, not on what you fear.