Google is playing the long game with its Africa-focused initiatives 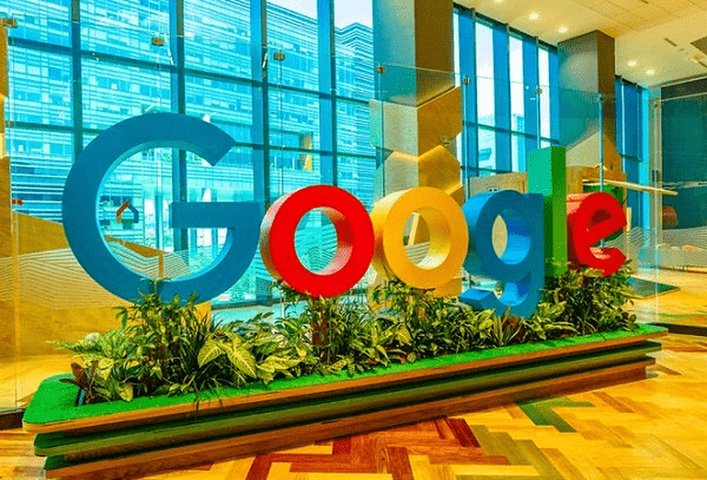 The relationship between Google and Africa began some 15 years ago, about nine years after the company officially launched. The company, which is now worth over a trillion dollars, has built and championed some Africa-focused initiatives while steering its sub-Saharan affairs from South Africa, Nigeria, and Kenya. It launched an AI lab in Accra, Ghana in 2018, where AI projects on the continent would be conceptualised and executed. Last year, it announced its first development centre to be built in Nairobi, Kenya, where for the first time, it would be hiring developers and product teams based on the continent. It has also just announced that it would open its first African cloud centre in South Africa.

On October 5, Google held its 2022 edition of Google4Africa event, an annual physical and virtual event where it reveals its plans for the continent for the next business year. The event is held simultaneously in Nigeria, South Africa, and Kenya, the three bases of its sub-Saharan operations. At the 2021 edition of the event, Google’s CEO, Sundar Pichai, had announced the company’s most ambitious commitment to Africa to date: a one-billion-dollar investment to democratise access by ensuring affordability and relatable products; help businesses transform digitally; invest in entrepreneurs to spur next-generation technologies; and support nonprofits working to improve lives across Africa. This year’s edition was mostly filled with progress reports and feedback.

But prior to last year’s announcement, for those who have followed Google’s expedition on the continent, the intentionality with which the company has operated made for a better story. There is definitely a blueprint to Google’s initiatives in Africa, and Nitin Gajra, managing director, sub-Saharan Africa at Google, confirmed this to me during a chat in Abidjan, Côte d’Ivoire.

Gajra, who didn’t mask his bias for the African continent throughout our conversation, emphasised access. The difference between the Western world and emerging markets like Nigeria and India, where Gajra himself came from, is access, he said. “Even after the infrastructure, we must find a way to make it accessible to everybody, and this takes a certain level of intentionality,” he said. Google is big on access and this can be seen in how much inclusion—vast language options, navigational support to the impaired, etc—it’s building into all its products.

There are layers to Africa’s challenges, and according to Gajra, Google is ready to peel them off and deal with them one by one. This is a huge undertaking, even for an equally huge corporation like Google; we have seen governments fail at similar tasks. Though why they fail is a conversation about incompetence, the tasks are nonetheless intimidating.

Google is touching almost all the crucial parts the continent needs to soft-land into a technology-enabled economy. “We are thinking about the billion people that aren’t on the internet yet, and what they are going to do with it when they have access,” Gajra told me. But before making plans about what they will do with the internet, there are so many things that must be done, including creating the internet infrastructure itself. “We must build a rail that will lead and bring them online,” he said. Google is providing efficient internet through Equiano, its subsea internet cable project that’s currently laying across Africa. So far, the cable has landed in Togo, Nigeria, Namibia, and South Africa.

Taking a little trip back in time, everything makes sense. The American tech giant understands that education comes before adoption, and it has (and continues to) champion education through its numerous educational programmes. In 2017, it committed to training 10 million Africans on digital skills; as at last year, six million people have benefited from the programme, with some kick-starting entire careers or businesses. Google Developer Groups (GDG) continue to be a launching pad for African engineers. There are over 700,000 developers in Africa, and GDG, Gajra said, has an influence on more than half that number.

In 2020, the company went into partnership with Safaricom to enable Kenyans acquire 4G-enabled smartphones now and pay later. Google keeps supporting early-stage African founders and startups through its equity and equity-free funding. It has made three equity investments in three companies—Ugandan SafeBoda, South African Carry1st, and Kenyan Lori System. It recently announced its Black Founders Fund Africa 2022 cohort, where it is backing 60 startups with non-equity funding and product credits worth $200,000.

Despite these, Google has had its fair share of scandals on the continent. A good example was the Mocality 2012 scandal, when the company was forced to admit that its Kenyan unit was “improperly” using data from a local startup, Mocality, which at the time had a mobile-phone-accessible directory of close to 100,000 local businesses. Google was poaching Mocality’s customers to buy its own website setup. After Google admitted to this allegation, its head of Kenya operations and all the engineers involved were fired. Mocality would shut down operations a year later.

Back to its investment in Africa, one would be forgiven for thinking Google’s interest in the continent is philanthropic, but that would be dismissing the revenue-generation potential of Africa’s markets—which is what Google and any other for-profit businesses are after. Google’s investment is futuristic; Africa has been projected to onboard the next loads of internet users. Google is investing in its next big-cheque enterprise customers. Last year, its Black Founders cohort had 50 startups; this year it has 60. That’s 110 potential businesses Google has acquired with $7 million altogether. What do we think is going to happen when 40–50 of these companies scale and are able to pay for services comfortably? Who would they choose?

Africans are pioneering innovations and shipping them across the world. The progress is groundbreaking. For instance, Pichai said that mobile money was ubiquitous in Kenya before it was adopted by the world, and today Africa holds the biggest market for mobile money. Google has found a goldmine in Africa and a billion dollars isn’t too much to nurture the market. Regardless of how much the tech giant is willing to splash or not, it has earned its stripes as a major architect of Africa’s digital future.