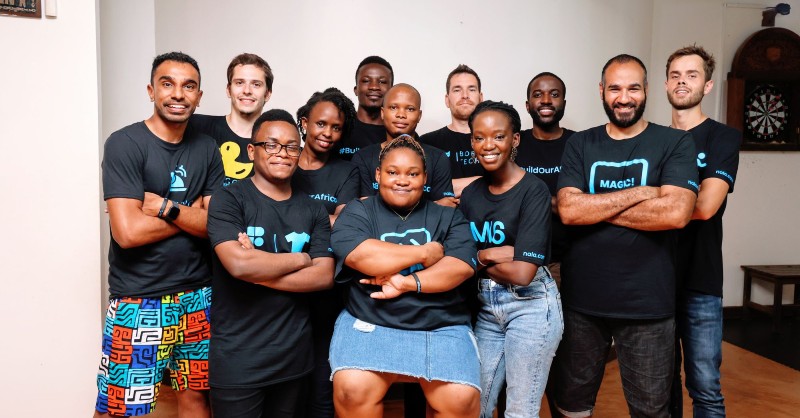 NALA, a fintech startup that powers quick remittances from the UK and US to Africa, has launched a new feature that allows the Kenyan diaspora to pay local bills in their home country. This feature combines mobile payments and international remittances, which are traditionally separated, into one solution, thereby opening a new perspective to the interplay of financial technology services in Africa.

Launched by Benjamin Fernandes in 2018, NALA started as a personal finance app to help Tanzanians and Ugandans to manage their finances. In 2021, Fernandes and his team expanded NALA’s vision and built a money transfer app for Africans in the diaspora who need to send money to their friends and families back home.

With this remittance solution, NALA was playing in an increasingly saturated market with fintech players like Wise, Remitly, and SendSprint. However, while most local and global remittance players enable international transfers, their users cannot make local payments from their locations abroad, resulting in a business model that denies users substantial control over spending. The diaspora senders didn’t have the flexibility and full control over the remittances they made to Africa.

It’s one thing for an African living abroad to send money home, but it’s a different experience when the sender can pay a family member’s tuition in their local currency. A desire to create experiences like the latter for Africans brought Fernandes and the NALA team back to the drawing board. Now, they have pioneered an affordable and innovative solution allowing Kenyans to make these kinds of payments directly.

The decision to launch this product in Kenya follows NALA’s increasing footprints in the East African country. Earlier in July, NALA partnered with Equity Bank, a long-standing commercial bank in the country, to facilitate remittances from the Kenyan diaspora in the US and UK. Following this, the fintech startup opened a Nairobi office which currently serves as its operational base. Having established a strong presence in other markets like Tanzania and Uganda, NALA is steadily growing a fintech dominance in the East African market.

In a chat with TechCabal, Fernandes explained why NALA is building its solutions around two major countries: UK and US.

“We [at NALA] have focused on the US and the UK because these countries have the largest East African populations outside of Africa. However, studies have shown that the majority of money sent to Africa is still sent in cash even in 2022. We believe that digitisation and giving senders more control over their money can change this narrative.”

Like Tanzania, Kenya is another market with an immense mobile money penetration. Statista puts it at over 68 million registered mobile money accounts. M-PESA, the government-owned market leader, operates a PayBill service that allows organisations and individuals to receive payments. This integration by the NALA team allows its customers abroad to safely and securely send money directly to the Pay Bill or Lipa na Mpesa number.

In a statement shared with TechCabal, Fernandes maintained that this latest integration is part of NALA’s mission to enable the Kenyan diaspora to invest in the country efficiently.

“NALA’s mission is to increase economic opportunities for Africans globally. We believe giving people more transparency and control enables the diaspora to save money and invest efficiently back in Kenya. This reach allows us to build stronger financial infrastructure for Kenyans worldwide,” he said

According to the World Bank, the average transfer fee to Africa is estimated at nine percent (resulting in transfer fees of up $3.3 billion from the $48 billion sent to sub-Saharan Africa last year). In addition, several remittance alternatives are often riddled with hidden costs that make it difficult to ascertain the true cost of sending money to Africa. NALA promises low and transparent transfer costs to its users.

With a product roadmap accessible to all, NALA is keen on changing how Africans, both at home and abroad, experience financial technology services. At its core, the company is empowering people with control over their finances and providing a seamless and transparent experience while at it. After Kenya, NALA will launch the pay bill feature in Tanzania, followed by a rollout in other mobile money markets they operate in.