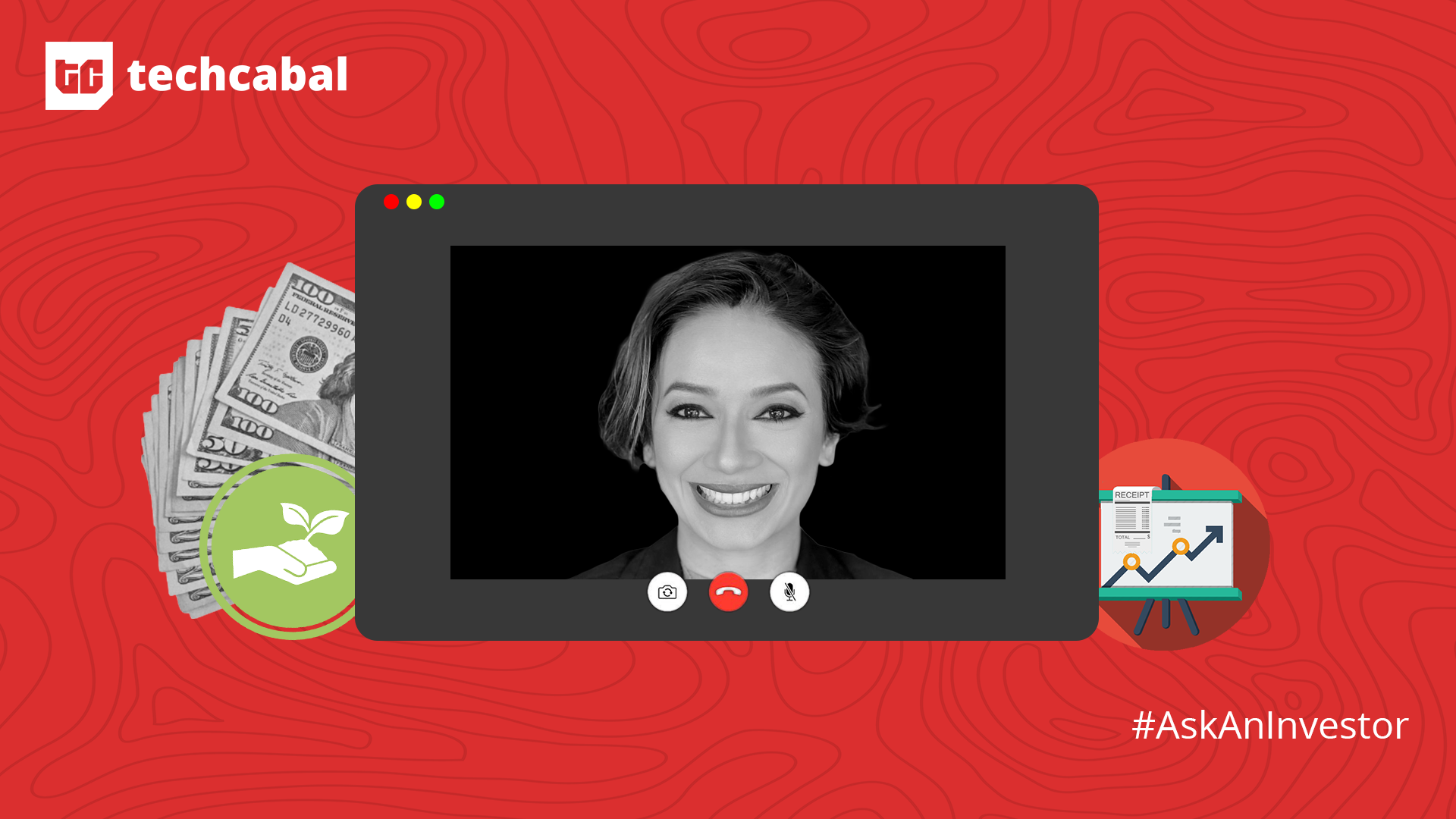 The diamond mine discovery triggered an exploration boom across Botswana. It’s also credited for transforming the Botswana economy, as it allowed the government to invest in critical social services and national infrastructure. Since then, the country with a population of 2.4 million has also moved from being one of the world’s poorest countries to an upper middle-income country.

Today, Botswana contributes 20% of the rough diamond supply globally and half of the country’s government revenue comes from this industry. The diamond industry contributes 40% to Botswana’s Gross domestic product (GDP).

Despite the gains from the diamond industry, Botswana’s dependence on diamonds makes the economy vulnerable to external shocks.

In 2019, a group of business professionals in Botswana and surrounding countries who were wary of the country’s dependence on diamonds, came together to support local businesses with access to capital, mentorship and other resources.

Mythri Sambasivan-George, an African woman of Indian origin, was one of them.

Sambasivan-George was born in Zambia, schooled in Botswana and graduated from the Botswana Accountancy College in 2002 and later on a chartered accountant. She spent almost 8 years at KPMG Botswana where she led audits on financial and listed institutions and performed some financial advisory work for other clients.

In 2020, Sambasivan-George decided to take a step back.

“I was at Letshego for 10 years, and just before COVID hit in 2020 I decided that I wanted to take a step back since I’ve been working for almost 20 years,” Sambasivan-George said. “I was burnt out and I knew that if I didn’t take a break then, I’d probably not do it.”

So she set up a consulting firm that focuses on strategy, corporate advisory and enterprise development, especially in the early stage part of a company’s lifecycle.

While doing this she stumbled across angel investment.

“I found that I had a lot of time. So I was saying yes to every conversation, every request and also asking lots of questions,” Sambasivan-George said. “One thing led to another and I came across a small group of business professionals who were keen on setting up an angel network. So I decided to throw in my hat to that conversation to become part of it.”

Over a call, Sambasivan-George spoke to TechCabal about how the Angel Network of Botswana invests in startups.

Daniel Adeyemi: Tell me about the Angel network Botswana.

Mythri Sambasivan-George: We are not sector-agnostic but not necessarily geography-agnostic, to the extent that a startup is within Africa. We want to invest in Botswana and help those Botswana startups and founders grow outside our borders into the rest of Africa. But equally, when we find a very compelling investment from another market in the region, then we consider the chances of bringing them into Bots (nickname for Botswana).

One of our biggest investments is into the Launch Africa Tech venture fund, which is now probably stepping between the $20–25 million mark and has about 70 tech-enabled portfolio companies spanning Africa. Closer to home, we’ve invested in Organic Naturals Skincare, an organic skincare company, Vantage Properties, a Proptech company, which does automated valuations and models and also provides bespoke valuations. It’s trying to become a data house for property businesses.

We’ve also invested in Ponatshego, an E-commerce marketplace. We’ve invested in a legal aid tech-enabled business that seeks to democratize the offering of legal services to lower-income people and Small and Medium Enterprises (SMEs) and also into Gozem a startup in francophone West Africa.

We also started working with the Botswana Investment and Trade Center, which is an investment and trade arm of the Ministry of Trade and Industry in Botswana. They are more focused on creating businesses that are export-oriented and helping to diversify the country’s economy from diamond dependence.

We also partnered with a few banks. Across Africa, we are a member of the Africa Business Angels Network (ABAN). We work a lot with Future Females Invest, they’ve been useful in referring female founders. We also work with Jozi Angels and the Dakar Network Angels.

DA: What do you look out for in companies before investing?

MS: We mostly look for a business that is solving a real problem that needs to be solved or has created a solution with proof that works. Product-market fit and problem-solution fit must also be proven.

Next, we look at the founders. Are they motivated and committed? Do they have skin in the game? Are they self-aware?

We even do due diligence on the founders psychometrically. Often we try to understand where we need to round out the edges. We also then look at the financials and controls in the company, as well as the potential for future growth.

DA: Do you invest in pre-revenue or post-revenue companies?

MS: It’s a bit nuanced. I’ll give you an example, we recently invested in a business which really wasn’t making anything significant in terms of sales but the founder had a really brilliant idea to use the indigenously growing vegetation in Botswana to create locally made cosmetics, particularly for African skin.

She started playing around with this idea and product when she was 16. Over the next four years, she tested the product many times. She even had a waitlist of about 1,800 people who had tried the product and wanted it.

So if you can prove product market fit, but you’re pre-revenue, we’ll take you on as well.

MS: In Botswana, the ticket sizes are relatively small because it’s a small economy and valuations are lower.

We’ve typically done between $30,000 to $55,000 ticket sizes on the first round, and then on subsequent rounds, if the founder is running out of working capital, we’ll fund them or do a hybrid mezzanine (debt and equity) round.

DA: What are the red flags you look out for?

MS: A founder who has blind spots and doesn’t realise it. For example, they insist that they’re right, even when knowledgeable investors give them contrary feedback.

That’s a big red flag because it means you’re not self-aware. It means you’re unable to listen actively. Another major red flag we often look for is when they haven’t proven their model. Maybe they want to be all things to all people. You’ve got to be clear about what you don’t want to do. Having a founder and a team who just wants to do everything suggests to us that they don’t know what they’re supposed to be doing.

We also often have issues around valuations where founders overvalue their businesses, but those are usually dealt with through a back-and-forth. They also don’t understand that valuation is more of an art and not a science.

DA: How do you conduct due diligence?

MS:  It really depends on the readiness of the company because if their records are all over the place, then we’ve got to work with them through the due diligence teams that we hire, to actually build a data room with them.

There was another great company that we invested in where the due diligence took about four and a half months because the founder was just not organised. It was a really good business and very investable but the founder didn’t have his stuff in order. We had another one that took just one month. So it really depends on how organised the startup is.

MS: We were reviewing the funding applications we were getting and we were reminded that the startup ecosystem in Botswana is still very much in its early stages.

In order to improve founders’ investability, we realised we had to do more to make these companies attractive from an angel point of view. So we conceived an idea that we called mentorship as investment. It is a model that I know has been used across the world. But again, it’s something we think is kind of new, innovative, and certainly responsive to what’s needed on the ground in Botswana.

We held our first mentorship investment demo day in September with a woman-led eCommerce startup. We’ve already got two mentors who want to talk to her and support her and the whole construct there is that the mentorship time is valued.

The mentors exchange their time and knowledge in return for an equity share in the business. That’s something great I hope will take off because it’s one of the catalytic effects I think we need to grow the Botswana startup ecosystem.

Secondly, the benefits of Pan-African relationships cannot be overemphasized. A case in point is the proptech startup that we invested in last year, which also got additional grant funding from ABAN. This startup, which is woman-led, found the additional financial resources very helpful.

We’re hoping to do a lot more of that so that we can leverage these Pan-African partnerships and global partnerships for the benefit of our startups.

DA: What are some trends you’re seeing in the market?

MS: We saw that COVID gave tech-enabled businesses in Africa, which is the world’s largest growing continent, a leapfrog advantage. Then afterwards we saw a spate of highly placed investment values and valuations.

Now I think that those valuations are going to start coming down a little bit with issues like inflation as a result of the Ukraine–Russia conflict. The dollar strength and dollar inflation as well impact trade with Africa, despite the African Continental Free Trade Area (AfCFTA).

Maybe what will happen is that there’ll be cooling to some extent of the valuations of these businesses. And hopefully, what that would mean is that more people who are interested in startups in Africa can participate on even greater scales and levels and take them forward.

I believe Africa is the continent to invest in when it comes to getting high-growth businesses that are serving a vibrant market that generates really substantial demand. Africa is the birthplace of brilliant ideas and collaboration.

So I think that that scene in general apart from the valuation is still something to watch with interest and participate in if you’ve got the capital to put at risk, at least for the next 10 to 15 years.

Ask An Investor
How to do Cultural Investing in Africa, according to MaC Venture Capital
Daniel Adeyemi